Tommy Biffle’s Ode to Fall: Downsize in September, Focus on Bait in October 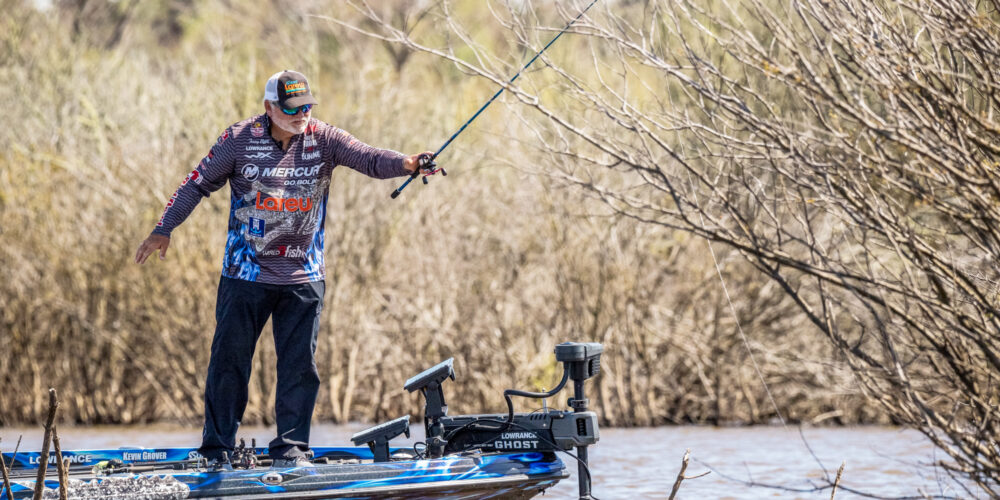 Tommy Biffle says that September is the worst time to go fishing. But the MLF pro shares a tip or two to keep in mind as the fall transition gets underway. Photo by Phoenix Moore.
September 28, 2021 • Tyler Brinks • Bass Pro Tour

The fall months can offer some of the best fishing of the year, but the window right before summer fully wanes can be some of the most challenging fishing of the entire year. It’s a transitional period between awful and excellent fishing that Oklahoma pro Tommy Biffle has seen countless times in his long professional career.

But the Mercury pro has learned to have patience as fishing will indeed get better with the change of the seasons.

No Love for September

When asked about fishing in late summer – specifically September – Biffle has a blunt assessment of the 30-day window that signals the end of summer and the official start to fall.

“September is the worst month to go fishing,” he says frankly. “Unless you’re up north and the water has cooled down and they’re biting, it’s not a good time to go fishing. I told someone recently that if you could figure out how to catch them consistently around home in Oklahoma this time of year, you’d win a bunch of money because that’s when all the regionals and team championships are held, where you’re competing for a boat.”

Even though the fishing may be difficult for another couple of weeks in late September/early October, Biffle plans to fish (but with smaller baits).

“Anytime things get tough, it always pays to downsize your bait,” he says. “It could be a topwater or crankbait or soft plastic. I fished a tournament on Grand Lake a few years ago in September, and they’d just bump a 4.25-inch Biffle Bug. I switched to the Junior size (3.25 inches), and it made all the difference in the world.”

A Turn of the Page

Biffle looks forward to the weeks in mid-October when the water cools and fishing improves noticeably.

“The fish in September are in that transition between summer and fall patterns, and when October rolls around, it’s a little bit better,” he says. “Middle October is usually when it gets a lot better as the water cools and fish start to migrate to the backs and into the creeks following shad. If you’re staying around your home, you’ll start to notice the weather trends where the nights are getting a little cooler.”

There’s a litany of proven baits that will catch fish once the fall bite turns on, and Biffle employs many of them (but with his own unique twists).

“There’s a lot of baits you can catch them on when they are heavily feeding on shad,” he says. “Topwaters, ChatterBaits, spinnerbaits, jerkbaits, crankbaits, and I also catch them on my Biffle Bug in the Smoke Silver color. That’s my favorite color anytime baitfish are around.”

Instead of targeting the aggressive schooling fish near the surface that he says tend to be smaller, Biffle prefers to fish under all the surface activity, in search of bigger bites.

“When they’re busting and chasing bait, they can be hard to catch and are often the smaller bass,” he asserts. “Those big ones sit down below it all and wait for a free meal. I’ll reel a 5/16- or 7/16-ounce Gene Larew Biffle Hardhead with that silver bug right below it all. You can’t beat that color for imitating a baitfish.”