TOP 10 BAITS: How They Caught ‘Em at Stage Eight Neenah 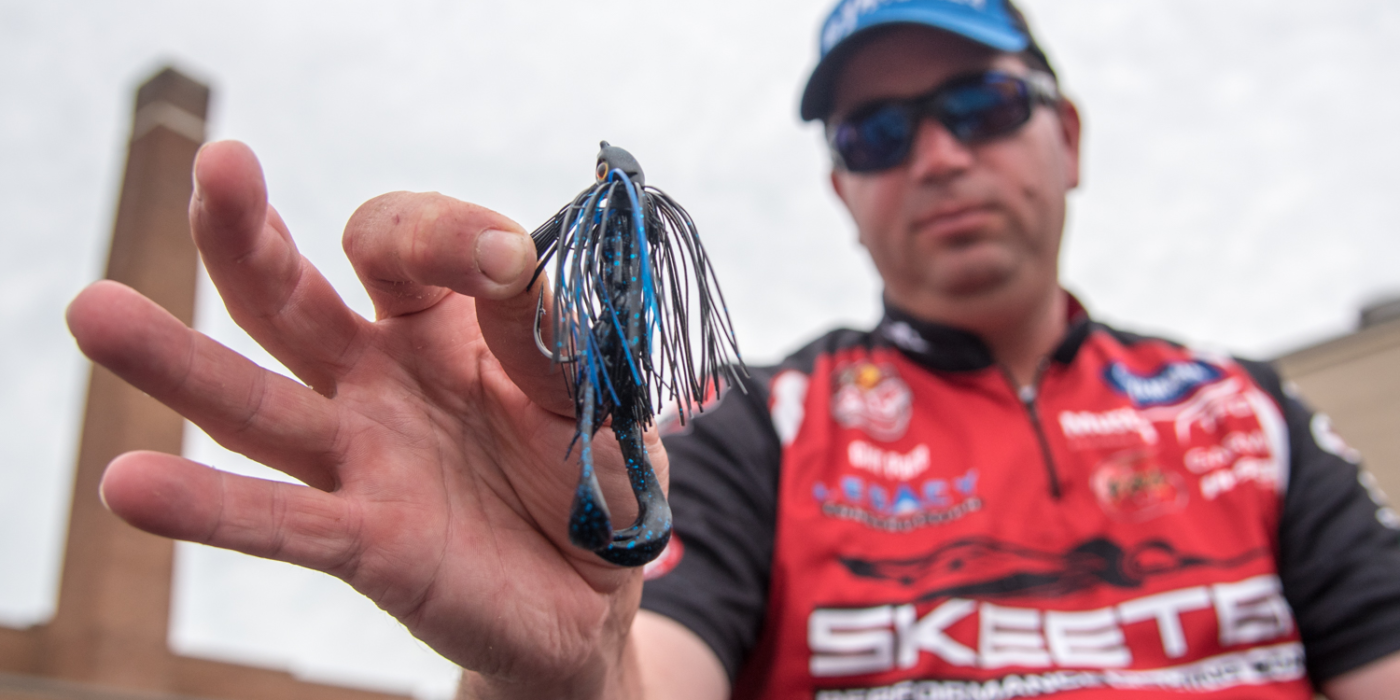 Cliff Pace and the final 10 anglers show off their top baits from Stage Eight. Photo by Garrick Dixon

NEENAH, Wis. – Stage Eight of the MLF Bass Pro Tour was the most diverse combo platter that MLF schedule makers have put together so far in the young life of the Bass Pro Tour.

Lake Winnebago was not the classic deep, clear northern smallmouth lake so many anglers assumed it was going to be, and there was way more shallow water bassin’ than most anglers expected on both the big lake and on Lake Butte des Morts. Throw in Green Lake and water deep enough to sustain a lake trout population, and Stage Eight threw curveballs that the MLF pros likely didn’t expect for the last event of the season.

Here’s how the Top 10 pros made their way through the three fisheries of Stage Eight:

The eventual winner of Stage Eight mixed it up with a little power, a little finesse, and a lot of bass. The Mississippi pro battled through the first three rounds with a combination of squarebill crankbaits – a Black Label Tackle CBS 1 Balsa and a Jackall Aska (both in red craw colors) – and a pair of jigs: a V&M Flat Wild flipping jig and a V&M Pulse swim jig with a V&M Jr. Wild Thing trailer (all in black and blue).

In the Championship Round on Green Lake, Pace did the majority of his damage with a Jackall Rerange 110 jerkbait, one of which he customized by adding a muted-brown swatch down the back of the original bait. He also connected with several fish on a Jackall Crosstail Shad fished on a Mustad Titan Wacky Hook (size 1) and 1/4-ounce Elite Tungsten weight.

“On Winnebago, I used a 7-foot-6 heavy Fantasista Premier rod with a Revo Rocket 10.1 reel loaded with 50-pound Spiderwire Ultracast,” Lane said. “I tied on a 1-ounce Flat Out Tungsten weight and 4/0 Fusion Flippin hook. A Berkley Pit Boss in black and blue was the lure. I flipped matted grass in backs of bays.”

Lane also caught a few on a bladed jig, a black-and-blue jig and a Berkley Choppo topwater in the canals.

In the Knockout Round, he used a bladed jig and also a frog while skipping docks. Lane chose a black-and-blue jig on the main lake for smallmouth.

“On Green Lake, I caught 90 percent of all my smallmouth on a wacky-rigged 4-inch PowerBait Max Scent The General with a 5/16-ounce Flat Out Tungsten weight with a Fusion size 1 hook, fished on scattered rock in 6 to 10 feet of water,” Lane said.

“I covered water with a Lucky Craft Lightning Pointer in Flake Gill,” Ehrler said. “I also used a swimbait and a spy bait. When I got around a group of fish, I used a drop-shot with a Yamamoto Shad Shape worm as well as a Daiwa Neko worm that’s made by Yamamoto. I caught more on the Neko worm.”

“I caught most of my fish all week on a Greenfish swim jig,” Ashley said. “Black and blue or green pumpkin orange were my two jig colors. I used the Zoom Z-Craw Jr. as the trailer for the swim jig. Black Sapphire and green pumpkin colors. During the Knockout Round after the morning swim jig bite, I did my damage flipping grass with a Black Sapphire Zoom Z-Hog.

In the Championship Round, Ashley caught smallmouth in the shallows early in the day on a drop-shot using a Zoom Z-Drop in green pumpkin. Later in the last period, he caught largemouth on the same green pumpkin orange swim jig.

“I fished largemouth on Winnebago with a Jackhammer vibrating jig and a prototype 13 Fishing craw trailer that allowed me to skip it under docks,” Coulter said. “I also fished a wacky-rigged Senko. I’d take a small slice of electrical tape wrapped around the middle of the Senko to put the hook through and keep from tearing baits up. I fished a Ned Rig, too. The jighead was yellow and had some chartreuse on the bait to imitate bluegill up shallow.”

“For smallmouth on Green, it was a Ned Rig. No cool modifications this time,” Colter said.

Wheeler kept it simple at Stage Eight, doing the majority of his business with a Googan Baits Rattlin’ Ned in green pumpkin goby, and a black frog fished on his Duckett Fishing Jacob Wheeler Signature Series heavy-action rod and a Duckett Fishing reel spooled with Sufix 832 line.

“On Winnebago, I used 90 percent Chatterbaits and 10 percent wacky worms,” Spohrer admitted. “I was fishing in manmade canals. The worm was a Missile 48 in green pumpkin. I started out using the worm as a backup if they missed the Chatterbait, but as the fish got more pressure, I started depending on it. Canals were good because fish were guarding fry.

“On Green Lake, I used mostly a jerkbait with 12-pound Sunline and an Alpha Angler Slasher rod with a Quantum Tour 7:1 reel,” Spohrer said. “I fished bays and banks with tight contours that were wind blow, and focused on the 10-foot depths.”

“I’d throw it and crank it to cover ground,” he said. “I’d catch random ones doing that in the grass, and then slow down and throw it on mats. I used a 7-2 heavy Shimano Poison Adreana rod with a Shimano Metanium MG 8.2:1 reel loaded with Seaguar Smackdown 50 in the stealth gray color.”

On Green Lake, a Molix Sator worm in green pumpkin rigged on a Gamakatsu size 1 drop-shot/split shot hook was Elam’s bait, fished in 5 to 12 feet of water in rocky areas where fish were spawning or hanging out. He also caught a few off the bed when he could see them.