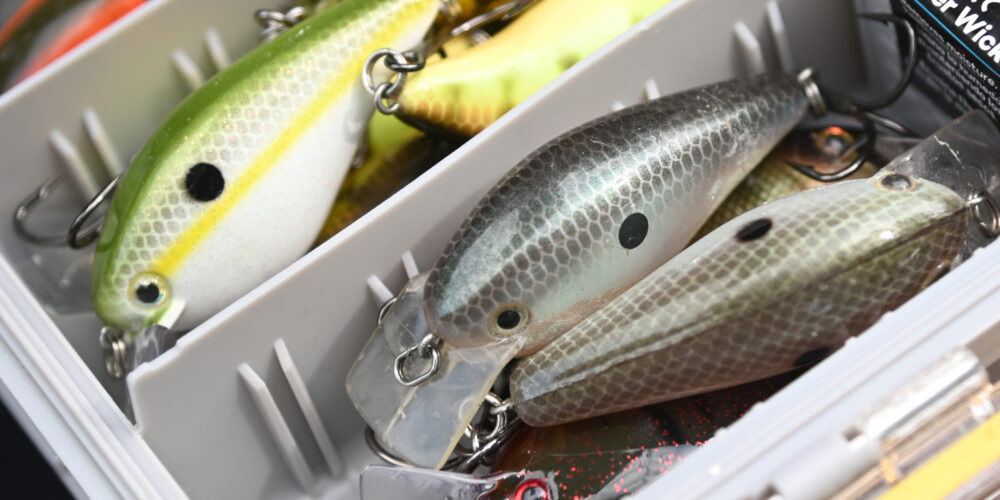 SPRING CITY, Tenn. – For a June event on a Tennessee River lake, the fishing on Watts Bar Lake proved to be very diverse at the Bass Pro Tour’s General Tire Stage Five Presented by Covercraft, with several patterns working for the final 10 anglers. Instead of the true offshore ledge event that many predicted, anglers found success both shallow and deep, with various baits putting fish on SCORETRACKER®.

Here’s a look at how the Top 10 anglers fished Watts Bar Lake.

It was a straightforward week for BPT rookie Ryan Salzman, with each day spent within a 100-yard stretch at the bade of Watts Bar Dam. Salzaman’s commitment to the dam worked out perfectly for him on the way to his first tour-level win. A guide on Guntersville Lake, Salzman adjusted his presentation based on the time of day and current. but never left sight of the dam.

“It was a weird (power) generation schedule and a lot of fishing pressure there, so I had to adjust based on the current,” Salzman said. “Most of the day, when they weren’t pulling any current, I was targeting suspended bass in little eddies and corners along the dam wall. I utilized my Lowrance ActiveTarget and could catch those fish with a drop-shot with a 4.5-inch Morning Dawn Roboworm straight tail worm.”

As the fish became more active with the current and began to chase bait, Salzman switched to a small swimbait. That bite was the best late in the day during the Knockout Round and helped him advance to the final day and eventually win the event.

“I rotated between three different swimbaits to give them a different look,” he said. “I fished a 3.5-inch True Bass Minner, Reaction Innovations Little Dipper, and a 2.8 Keitech Swing Impact Fat. They were all in shad patterns and the 1/8-ounce jighead was the key size.”

The reigning Bally Bet Angler of the Year and current leader in this year’s race lives less than an hour from Watts Bar Lake, but Jacob Wheeler’s experience on the fishery was practically nonexistent before this week. Still, he found a way to make yet another Bass Pro Tour Championship Round (his 20th).

“It was much tougher out there than anticipated,” Wheeler said. “I was able to dial into a few zones that fit what I wanted to do. I focused close to the ramp on brush, grass, and places where they mixed.”

Wheeler mixed in a Rapala DT-14, a drop-shot with an Aaron’s Morning Dawn Roboworm, and a 10-inch plum Zoom Ol’ Monster worm fished on a Texas rig.

Bass Pro Tour rookie Dakota Ebare fished a little differently each day of the tournament, but the current was critical throughout the event. He fished the qualifying rounds targeting brushpiles and a culvert with running water and switched to main river targets as the event wore on.

“It was a tough week for fishing and all about adjustments,” Ebare said. “Thankfully, I made the right ones at the right time.”

Ebare focused on the midsection of the lake throughout the event, fishing a Strike King 10XD, 5/8-ounce white hair jig, 1-ounce Strike King Bottom Dweller spinnerbait, and a Texas or Carolina-rigged worm, depending on the day. The Louisiana pro focused primarily on 12 to 20 feet of water. One of his key areas was full of fish of all species.

“There were schools of white bass with some catfish and bass,” Ebare said. “I threw the big spinnerbait and hair jig around and was able to catch some of the bass that were mixed in there.”

“I caught some the first day on a ChatterBait on marina docks and the next day, I caught my biggest fish on a wacky-rig in 1-foot of water,” Tharp said. “But the jig is what got me to the final day. Once I got on that jig bite in the Knockout Round, I went to work and caught some better fish. It changed from docks to laydowns during the Championship Round.”

Tharp’s jig was a homemade ½-ounce model with a green pumpkin skirt paired with a matching Zoom Big Salty Chunk.

Bass Fishing Hall of Famer Mark Davis remained steady all week, winning the Knockout Round to advance to the Championship Round. He stuck with a Strike King Red Eye Shad lipless crankbait, a plum 10-inch worm, and a purple finesse worm on a drop-shot rig.

“The key was fishing grass and docks, and if you could find docks with grass nearby, it was even better,” Davis said. “The lipless bite came and went, but it was key to get some fish all week long. The worms were better when I slowed down, but many of the fish were suspended and really hard to catch.”

While Kevin VanDam is known for his offshore prowess, especially on the TVA, he fished shallow throughout Stage Five. It was enough to win his group and advance directly to the Championship Round.

“I never got on a good offshore bite and focused on the backs of creeks and shallow main lake stuff that was all current oriented,” VanDam said. “Points, docks, and places the fish would set up on were key. I was running a 20- to 25-mile stretch and just junking it up because I couldn’t get it going on the typical summertime stuff.”

“The Game Hawg caught a lot of fish pitching to shallow cover, and I added a little chartreuse dye to the tails,” VanDam said. “The jerkbait was key on deeper rock and riprap.”

Texas pro Alton Jones devoted his practice to scanning for brush and stumps with his Garmin electronics and it paid off. He shook off all the bites he had in practice and marked over 70 spots during the two-day period in water that was between 9 and 22 feet.

“Some were in the creeks and some were on the main river, but it was all current related and strategic, summertime spots for the fish to position themselves,” Jones said. “I covered a lot of water and never spent more than 5 minutes in a spot.”

He used a blue craw Strike King Rage Cut-R Worm on a 5/8-ounce tungsten weight to catch his fish.

“I would work the bait to the brush or stumps and burn it and kill it,” Jones said of his retrieve. “You could see them follow it out on LiveScope and that’s when the better fish would bite it.”

California’s Brent Ehrler devoted his efforts to the offshore game, fishing a jig, drop-shot, and Texas rig. He focused on depths between 12 and 20 feet of in the middle section of the lake.

“I stayed offshore the whole time fishing main lake points, ledges, stumps, brushpiles, rock and anything else out there,” Ehrler said. “It was all current related and offshore, but not always ways off the bank. Garmin Panoptix LiveScope was key to help me see where to cast.”

Ehrler’s jig of choice was a ¾-ounce BOSS football head with a Yamamoto Double Tail trailer, a 10-inch worm, creature bait, or 7-inch Roboworm in margarita mutilator on a Texas rig, and a 6-inch Roboworm in morning dawn on a drop-shot.

Fletcher Shryock keyed on boat docks and laydowns, flipping and pitching his way to a Championship Round appearance. He kept it simple, primarily using a 5-inch Yamamoto Senko in green pumpkin while also mixing in a creature bait.

“Most of the fish were on boat docks with a few on laydowns,” Shryock said. “I fished a ton of docks in practice and there were certain ones that had fish and usually more than one. That’s typical of the TVA in the summer; some docks and trees have what they like. When you find it, there are multiple fish, but there’s a lot of dead water in between.”

Most of the docks he targeted were between 3 and 5 feet of water, but he caught some shallower and deeper.

“The depth varied, but one big thing was the docks that had some brush under them were better,” Shryock said. “Some docks didn’t have brush, but the fish liked them for some reason and if you caught one, there would be more fish there.”

Going into the event, Tennessee pro David Walker had planned for a traditional June TVA tournament with ledge fishing dominating, but quickly discovered there were plenty of bass shallow when practice began.

“A lot was going on shallow with a mayfly hatch and tons of baitfish,” Walker said. “The most puzzling thing was how much stuff worked, both shallow and deep. I caught them on quite a few lures.”

Walker rattled off a list that included crankbaits, ChatterBaits, Neko rigs, and a Carolina rig as some of his top producers. He plied offshore brush and shell beds with the crankbait and soft plastics for the deep fish. A ½-ounce green pumpkin CrossEyeZ ChatterBait with a matching Z-Man Razor ShadZ trailer was his primary weapon when fishing shallow. The bait is a weedless design, which he said was vital.

“Up shallow, hard spots were key,” Walker said. “The rocks, riprap, and laydowns were much better than grass for me.”