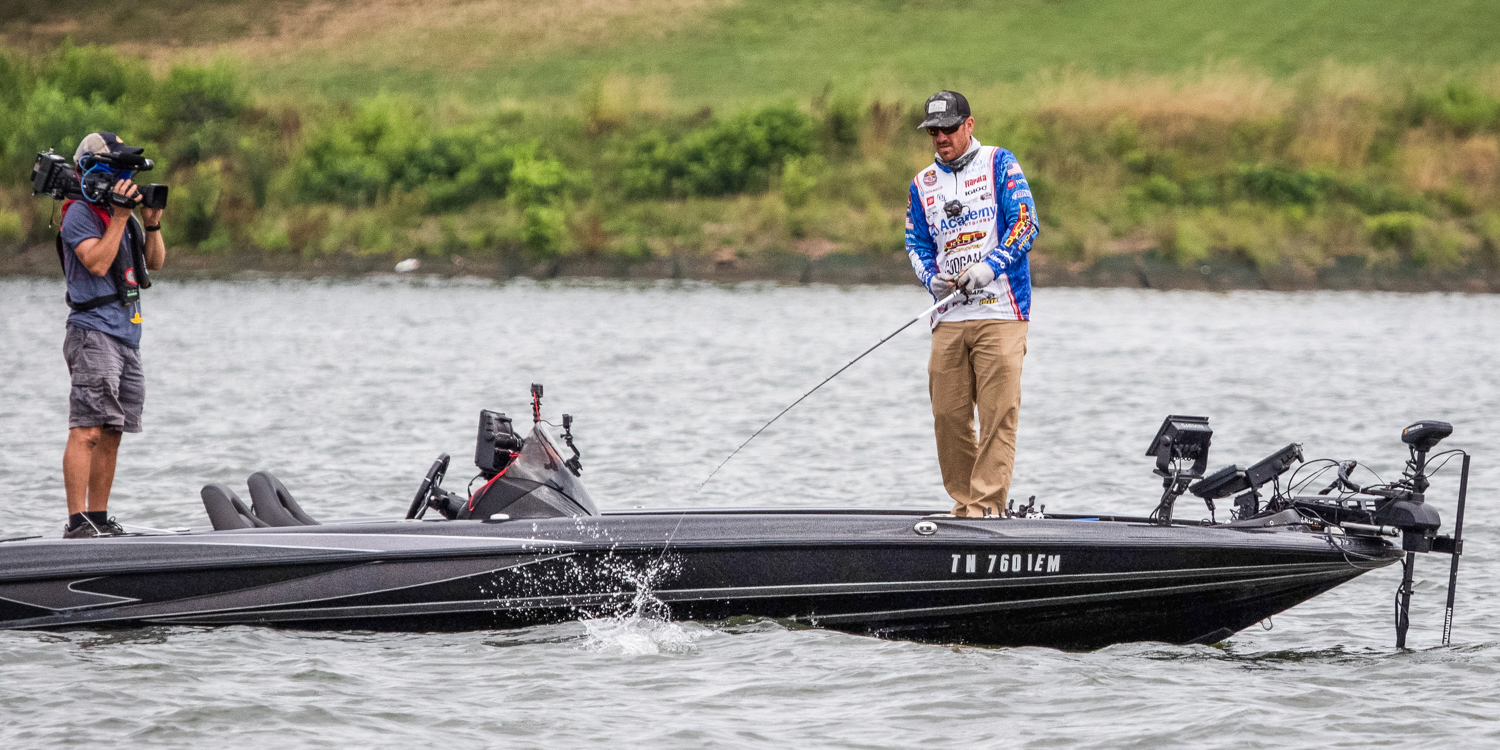 Jacob Wheeler holds on to a 9-pound lead as we head into the final three hours of the FLW Super Tournament on Lake Chickamauga. Photo by Kyle Wood

DAYTON, Tenn. – By all indications, the final day of the FLW Pro Circuit Super Tournament shaped up to be a hearty day of fish catching on Lake Chickamauga. With water releases out of Nickajack Dam projected to rise above 30,000 cfs, conditions seemed to be setting up well.

But a fog delay contributed to a missed morning bite, and a slightly slower mid-morning of fishing on the Tennessee River has yet to develop into the current-related bite that most were expecting.

The Tennessee pro had an estimated 11 pounds, 12 ounces in his livewell just before noon EDT for a total of 84-2, giving him an unofficial 8-1 lead over Jason Reyes in second place (five fish for 8-8 today for a total of 76-1).

“I don’t know if the current has shut down or what, but it seems awful weird right now,” Wheeler admitted on FLW Live. “These fish are set up weird. Some of these places, I really figured fish would be set up well. I’m trying to bide my time, not do anything too crazy.”

Wheeler hinted early in the day at a potential windfall created by increased current through Chickamauga, but as FLW Live analyst Marty Stone observed as he watched Wheeler fish a spot just before noon: “Something is amok,” Stone said.

“I’m not working for (these fish) to bite,” he said as he pulled his trolling motor to head to another location.

Wheeler’s lack of patience was due to his knowledge of the potential for a giant limit under the conditions. As he talked to reporters following his Day 3 performance (25-12, with a 10-pound kicker), he admitted that he had planned to pull up to his choicest spots on the final day, make enough casts to catch the biggest fish that lived there, and move on.

Follow the live coverage of the final day of the FLW Pro Circuit Super Tournament at FLWFishing.com. FLW Live will continue to stream the live, on-the-water action until 2 p.m. EDT.