TWO FROM THE TUNDRA: VanDam Picks SweeTARTS and a Thunder Cricket 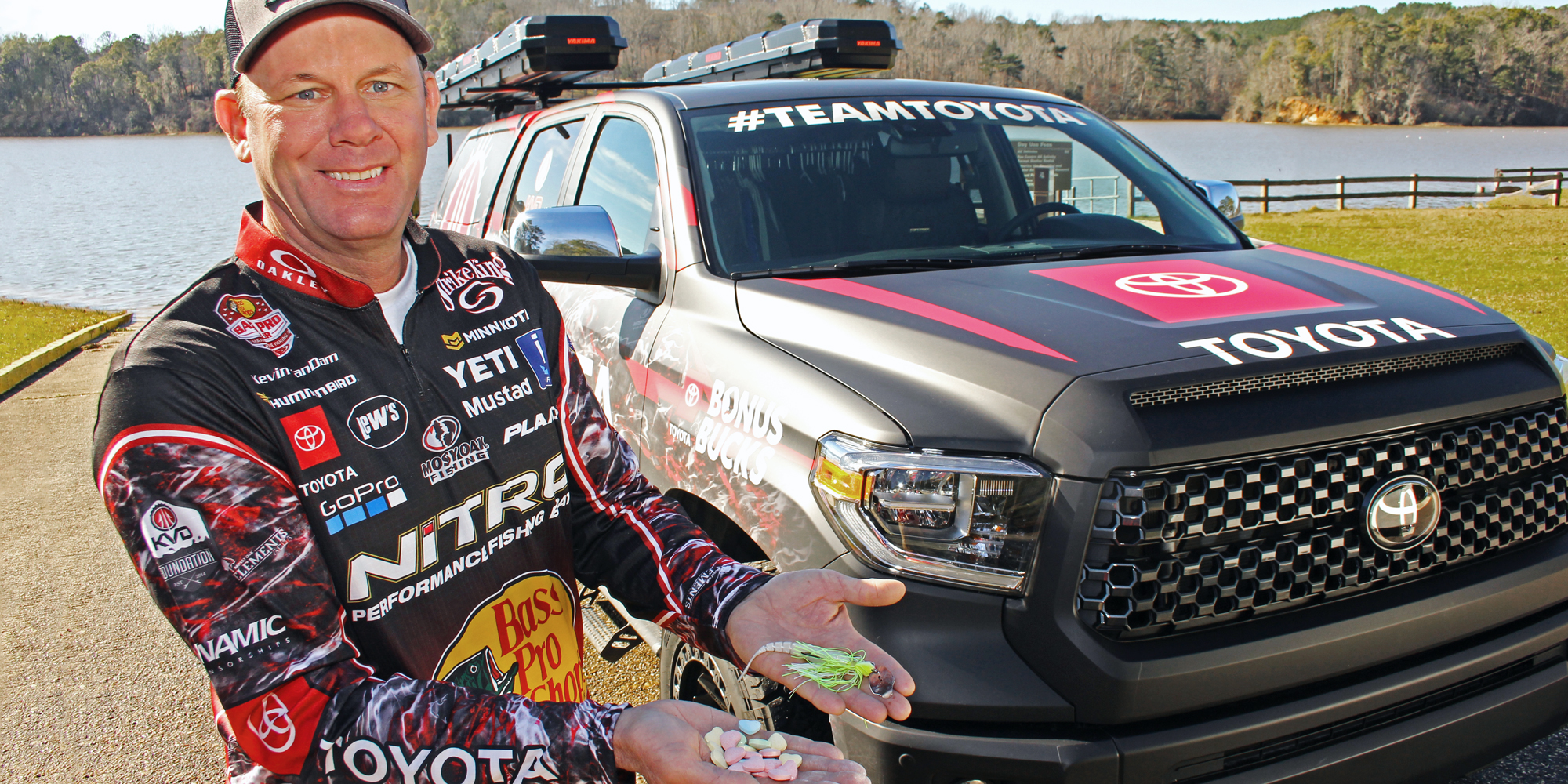 Editors note: This is the first installment of a new series themed “Two from the Tundra,” in which the author asks a Toyota Tundra driving pro angler to pick one special possession, and one special piece of tackle to share with fans.

While driving alone in his Toyota Tundra to tournaments and sponsor events, the tall slender man many consider to be the greatest bass angler of all time admits he’s often had a habit of keeping sweet or sour packs of candy within arm’s reach.

Hence, when asked to share one item from his Tundra that’s close to his heart, he chose a pack of SweeTARTS that his best friend and bride of 27 years, Sherry, gave him before he made the first big drive of the year to the Major League Fishing Bass Pro Tour event at Lake Eufaula, Alabama.

Not only did the sweet-and-sour candies that hit the market in 1962 satisfy a craving and remind Kevin VanDam of home along the 14-hour drive, but they also served as a bit of a Valentine’s Day gift from Sherry.

Now, when it comes to a piece of fishing tackle he’s treasuring these days, VanDam chose a Strike King Thunder Cricket.

“Over the next few months, most anglers across America will face cold, off-colored water in their spring fishing,” VanDam said. “Bass are forced to rely on their lateral lines to sense vibrations from prey in those conditions – so the huge vibration produced by a 3/8- or 1/2- ounce Thunder Cricket is a great choice.”

He says the presence of submerged vegetation is optimal, but certainly not critical, and the Thunder Cricket is also awesome around boat docks.

VanDam ties the high-vibration lure to 20-pound line spooled on a 7.5:1 Lew’s HyperMag reel, and uses a 7-foot medium-heavy rod with enough flex in the tip to make accurate casts.

Of course, never to be outdone, VanDam made sure he volleyed back a Valentine’s gift of his own to Sherry.

“I got her favorite Junior Mints and some chocolate-covered marshmallow hearts, along with a card, but I told her she couldn’t open it until Friday,” he winked.