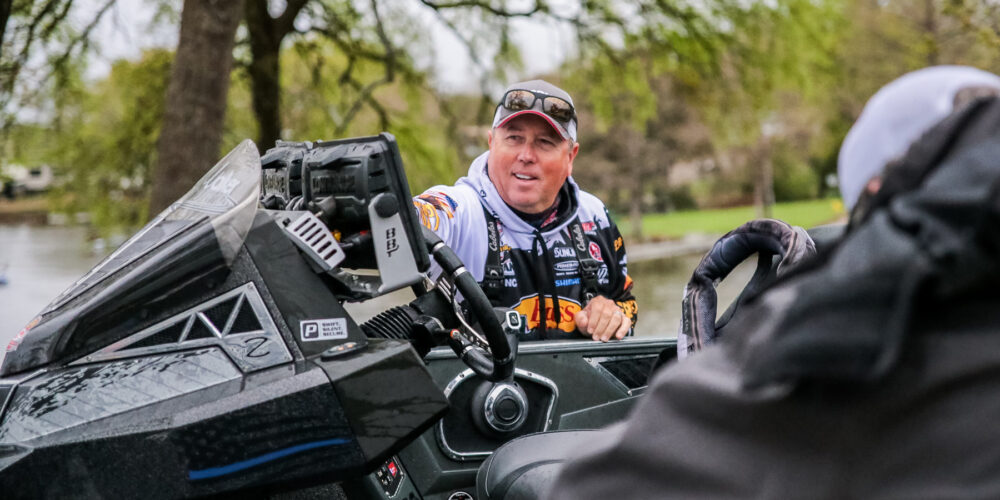 While spring brings warmer weather and sunny skies, it also brings plenty of rain along with it. The first three Stages of the 2020 Bass Pro Tour have produced a handful of soggy competition days in the early spring.

But MLF pro David Walker doesn’t mind the spring rain, especially when he’s fishing the highland reservoirs around his home state of Tennessee.

“We’ve had a ton of rain in this part of the country, so everything is just trashed and muddy like it gets every year,” Walker said. “But it’s also good because the run-ins of creeks turn into prime spots this time of the year because of that rain.”

While Walker says that creek run-ins are typically more common in parts of the country with highland reservoirs like Tennessee, productive run-ins can be found almost everywhere. You just have to keep your eyes peeled.

“These run-ins can be really small, so you have to keep a lookout for them,” Walker confirmed. “They can be just about the size of your boat. They don’t have to be big tributaries, they can be small cuts in the bank where the water is running into the lake. Those places are fish magnets. You can run from one end of the lake to the other just hitting those, and you’ll have a great day.”

But as is typically the case in bass fishing, timing is everything.

“It’s all about timing with those run-ins, though,” Walker explains. “If you find one that’s been flowing for a couple of days, it may not be very productive. The newer the better in this situation, because there will be multiple bass waiting for whatever is coming out of the run-in to eat it. They won’t wait long, though.”

How to Fish Run-Ins

The Cabela’s pro uses a two-bait approach when fishing run-ins, alternating between jigs and spinnerbaits. Because of the debris that can flow into the lake from these run-ins, Walker relies on a jig first.

“Jigs are great baits to use around those areas because the cover is just so trashy,” Walker said. “A black-and-blue-colored heavy jig won’t get caught up in that stuff, and you can really pinpoint your cast to try and get it right where you need to. That’s important because you want to throw that jig right where the water is spilling into the lake.”

Walker follows up a jig with a chartreuse-colored spinnerbait, which is easy to cast accurately and can go over a lot of cover without getting hung up.

Notice what the Ranger pro mentioned about both baits: they’re accurate. That’s of the utmost importance to Walker when fishing near a run-in.

“An accurate cast is so important because those fish have their noses pushed up right against the edge of that run-in,” Walker detailed. “They don’t sit way back away from it, they’re in competition for whatever food is coming out of there trying to be the first to get it. Make sure you cast right into whatever current there is, and let the current carry your bait to the bass.”