Who will Hamilton come to?

Three patterns are working at the BFL All-American, but which will prevail? 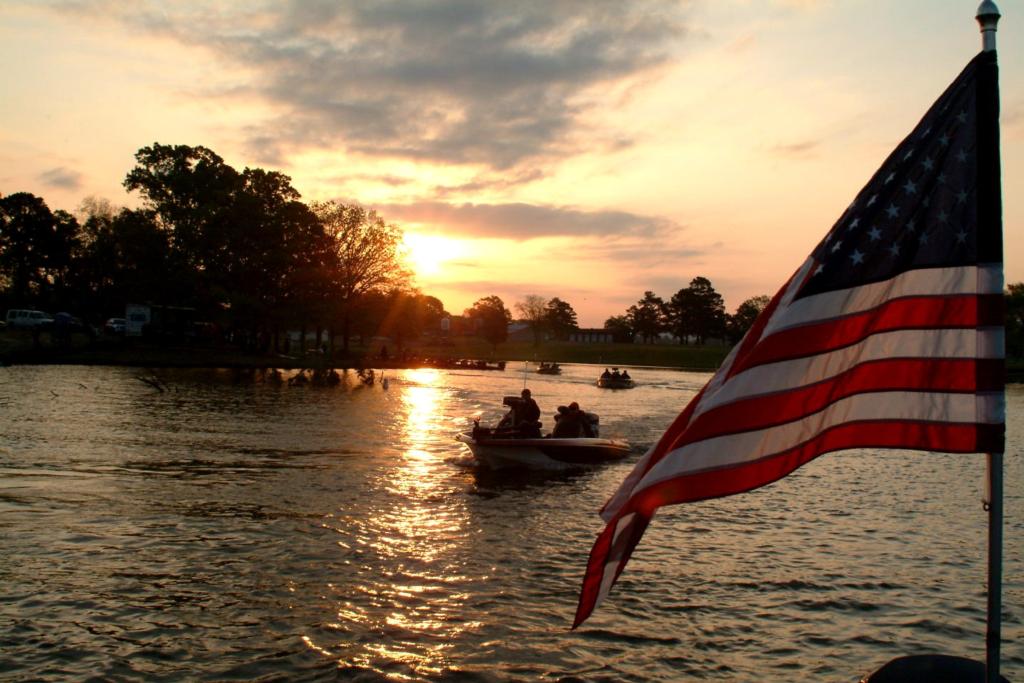 Boats trickle out during the day two launch of the 2004 BFL All-American on Lake Hamilton. Photo by Rob Newell.
April 16, 2004 • Rob Newell • Archives

Out in front, Shayne Berlo of Vienna, Va., and Mark Schafer of Williamstown, N.J., are both working dock patterns and Berlo leads Schafer by just 3 ounces.

A pound behind them is Dave Lefebre of Union City, Pa., who is sight-fishing. A half a pound behind Lefebre is David Wright of Lexington, N.C., who is fishing water up to 22 feet deep with crankbaits.

At the day-two launch this morning, all four anglers said they would remain committed to their patterns today. So now it’s a matter of who Lake Hamilton is going to favor.

Both Berlo and Schafer are confident in their docks.

Lefebre believes more fish are moving to the bank to spawn.

Wright is still trying to figure out if his fish are coming or going.

“I need to find the answer to one question,” said Wright this morning. “Are my fish coming or going? If I knew that, it would help me a bunch.”

The one thing that would help any of these anglers take charge of this event is a 4-pound-plus kicker fish to go with his limit.

Yesterday, the biggest fish weighed in was a 3-pound, 9-ounce bass.

Wright, who has fished Hamilton a lot over the past few years, says that catching even a 3-pound bass is a rarity on Hamilton.

“Out of all the time I’ve spent on this lake, I think a 3-pounder is the biggest I’ve ever caught,” said Wright. “I know there are some bigger ones in the lake. I’ve heard some guys say they’ve seen some big ones this week, and, in the local night tournaments here, they catch 14- to 15-pound stringers. But it seems getting over that 10- to 11-pound hump is tough on this pond.”

Today the forecast is calling for high winds out of the south, something that none of the leaders want.

“It will make it hard on all of us,” said Wright. “But in the long run, I think it affects me the least since I’m not trying to see fish on bed or position my boat around docks.”

So who will Lake Hamilton come to?

The day-two weigh-in starts at 3 p.m. Central time at the Summit Arena in Hot Springs, and we shall find out then.

Wind: forecasted 10 to 20 mph from the south