The spirit of the All-American 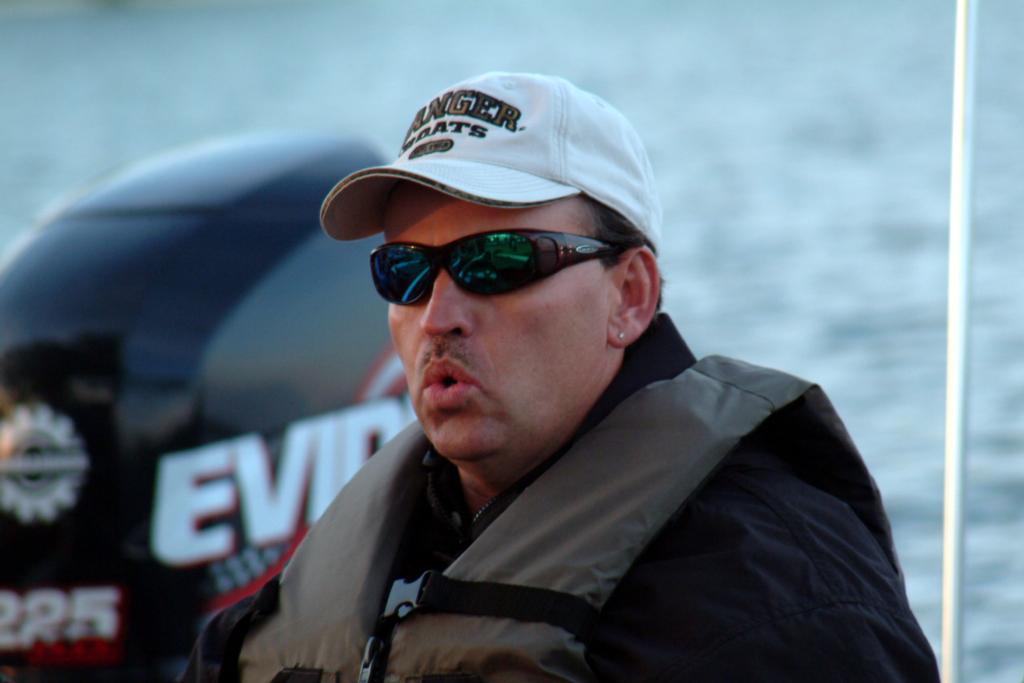 HOT SPRINGS, Ark. – Ten boaters set off this morning on Lake Hamilton with high hopes of reeling in the BFL All-American top prize of $100,000.

To get an idea of the kind of angler that makes a BFL competitor, one needs to look no further than the top three anglers leading the 2004 BFL All-American.

In the lead is Mark Schafer, a 43-year-old septic system contractor from Williamstown, N.J. Schafer has fished various tournament trails since the late 1980s.

“I started fishing BFLs in 1988, and I won one of their Golden Blend Diamond Invitationals in 1989,” he said. “Then I took a bit of a break from tournament fishing in the early 90s to work on my business, and I started competing again a few years ago.”

Like other BFL anglers, Schafer has dreams of fishing the FLW Tour where $100,000 paydays are commonplace.

“If I was to win this tournament, I’d definitely consider fishing the FLW Tour,” he said. “I might not be able to jump on it right away. I’d have to get my business in order so I could be away from home for long periods of time. But at some point, I’d give the FLW Tour a try.”

In second is John Devere of Berea, Ky., a 49-year-old housing contractor. He has been fishing FLW Outdoor events since the birth of Operation Bass back in the early 1980s.

“If I won this tournament, I don’t know that I would pursue fishing on a professional level, but I would definitely keep fishing competitively on some level because I just love it,” Devere said.

Allen Hayes of Moody, Ala., is a 44-year-old corporate chain manager for an imported wine distributor. He sits in third place, over 3 pounds behind the leader.

“I have fished BFLs on and off since the early 90s, but this was the first season that I fished an entire division,” Hayes said.

“To win this tournament would be a dream come true,” said Hayes. “Fishing professionally is something I’ve thought and dreamed about. But I’m not one of those types to just up and quit my job to go fishing. I’d try to work with my employer to see if I could work around the tour schedules.”

Since the winner of this event is based on cumulative weight, these three anglers have the best opportunity to win today. But in bass fishing, anything can happen and seven other anglers will be fishing their hearts out for the win as well.

The top 10 boaters will be facing conditions similar to what they have faced the last two days. Warm temperatures and steady south winds of 10 to 20 mph will be challenging the anglers again today.

The final weigh-in begins at 3 p.m. Central at the Summit Arena in Hot Springs, Ark.

Wind: forecasted out of the south from 10 to 20 mph