Best of the BFL begin championship on Arkansas’ DeGray Lake 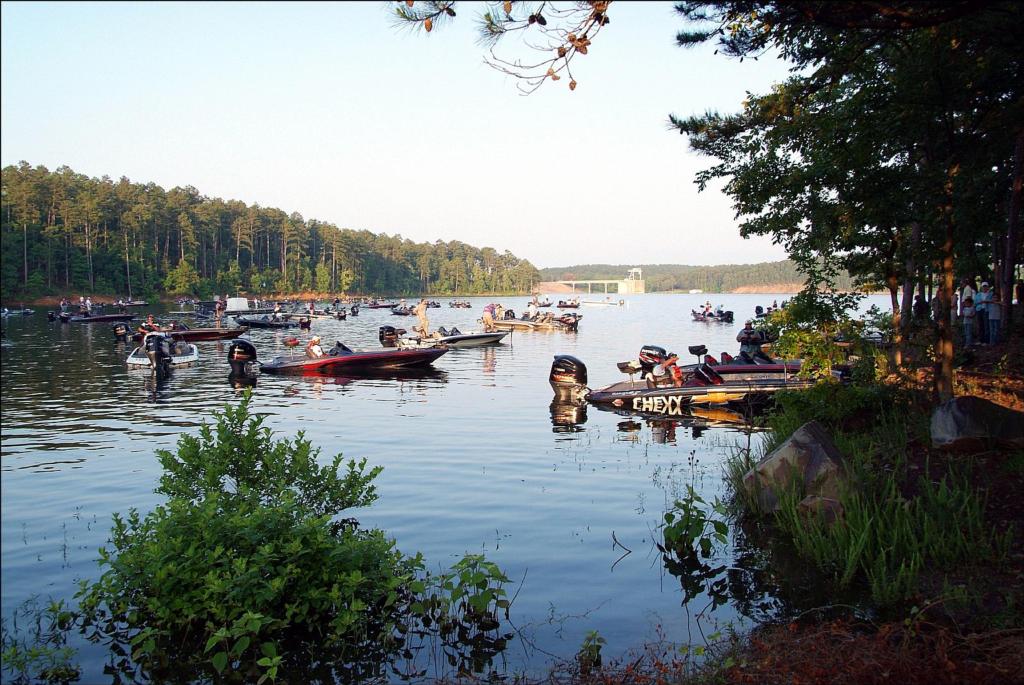 The 55 boats carrying competitors in the All-American idle in a spillway cove on DeGray Lake. Photo by Patrick Baker.
May 27, 2010 • Patrick Baker • Phoenix Bass Fishing League

HOT SPRINGS, Ark. – Let’s get to the point: The FLW Bass Fishing League’s All-American, a long-standing pillar of tournament bass fishing, kicked off its three-day stand for 2010 in clear, calm conditions on Arkansas’ beautiful DeGray Lake. But the 110 contenders in this grass-roots championship were thinking about getting to other points Thursday morning at takeoff – namely the many that bass are keying on right now across this 13,000-acre-plus fishery. 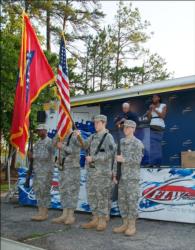 According to angler reports, the vast majority of DeGray’s largemouth, smallmouth and hybrid bass have concluded their spawning and are transitioning into postspawn patterns. On DeGray Lake – a deep, clear reservoir on the Caddoo River – that means they have left the bank and are moving out toward primary and secondary points, frequently in deeper water.

“The fish are on the points … clear, rocky points in the main lake and points with bushes and vegetation in other areas,” said Dennis Forbes, a boater from Medicine Lodge, Kan., who qualified for the 2010 All-American presented by Chevy through the Okie Division and fished his BFL Regional Championship on DeGray last October.

Steve Johnson, a boater from Lake Villa, Ill., who qualified via the Great Lakes Division, said, “Some seem to be just coming off the beds – mostly postspawn in an early summer pattern. We’re seeing some schooling fish – that’s what we’re hoping for today.”

Johnson said he thinks DeGray “is going to fish much smaller” than its 13,800 acres would allow because bass are “moving out to specific spots” on the lake. He said he spent much of the seven days he prefished here prior to the off-limits cutoff, as well as the single official practice day Wednesday, marking brush piles and other structure upon which he believes the bass will key at feeding 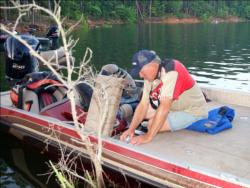 times. He said he has caught them in about 10 feet of water when they come up to feed on main points and secondary points.

The nation’s 55 best BFL boaters and top 55 co-anglers – competing this week for top awards of up to $130,000 and $60,000, respectively – may face challenges when trying to tap into that feeding pattern, however. The early-morning bite is best right now on DeGray, and the field didn’t begin takeoff until 7 a.m., nearly an hour after sunup. Instead many will have to coax a bite from bass that are suspending off of points. However, some in the early flights will have a shot at the morning feeding, and everyone will have a chance to mine the afternoon bite.

“I hope to catch about 12 pounds a day; I think I can do it,” said Forbes, who is fishing topwater baits in 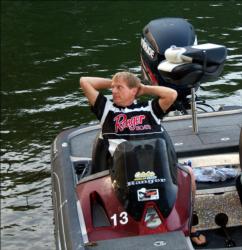 the morning, lipless crankbaits throughout much of the day and a Gambler Ugly Otter creature bait in the late afternoon to try to hook into a kicker fish.

Johnson also has three primary lures he will try on day one: ¼-ounce swim jigs, a Japanese buzzbait and a 5-inch swimbait prototype made by Lethal Weapon out of LaCrosse, Wis. He said chartreuse and white are the colors that have worked best.

Anglers will take off from Spillway Ramp located at 284 Skyline Drive in Arkadelphia at 7 a.m. each day. Weigh-ins all three days will be at the Summit Arena located at 134 Commerce Blvd. in Hot Springs, Ark. Thursday and Friday’s weigh-ins will be at 4 p.m. Saturday’s final weigh-in will be at 3 p.m. prior to the final weigh-in for the FLW Tour Chevy Open on Lake Ouachita.

Fans will be treated to the FLW Outdoors Expo at the Hot Springs Convention Center on Friday from 4 to 9 p.m. and Saturday prior to the final weigh-in from 10 a.m. to 4 p.m. There will be a drawing for a Can-Am ATV, and rod and reel combos will be given to the first 300 kids under 14 in attendance Saturday.

The FLW Outdoors Expo includes Ranger boat simulators as well as the opportunity to interact with professional anglers, enjoy interactive games, activities and giveaways provided by sponsors, and to learn more about the sport of fishing and other outdoor activities. All activities are free and open to the public. For a full schedule of events, additional information and to register for the ATV, visit FLWOutdoors.com/chevyopen.

Coverage of the BFL All-American tournament will be broadcast in high definition (HD) on VERSUS. “FLW Outdoors” will air Nov. 28 from 12:30 to 1:30 ET. “FLW Outdoors,” hosted by Jason Harper, is broadcast to approximately 500 million households worldwide.

Water temperature at the ramp: 80 degrees