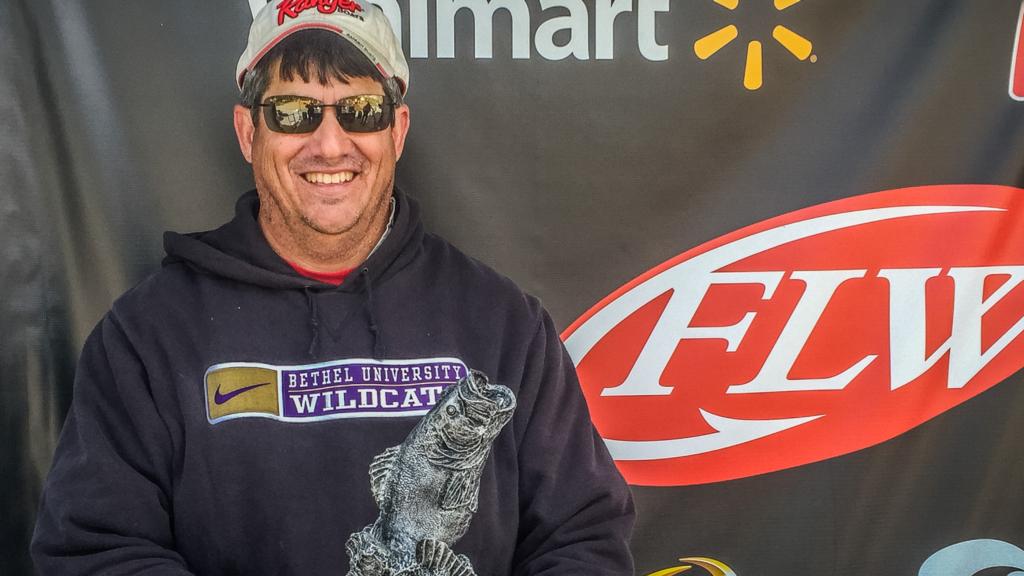 “On the morning of the event we had wind gusting up to 40 mph, so I had to change my game plan,” says Queen, who earned his first win in FLW competition. “With huge the swells on the main lake, I opted for running points in Nutbush Creek.”

Queen positioned his boat in 8 to 12 feet of water where larger females were active. He says that this tactic was crucial to his success.

“Everyone else was fishing up shallow on the banks with their boats over the top of the fish,” says Queen. “In those spots, there will never be a shortage of bass, but they will be smaller bucks. With the cold front that moved through, the scarce, heavier females were out deep. I only had about 8 bites, but they were the right ones.”

“I felt good about the decisions I made,” says Queen. “I was able to produce a decent limit and get my first win.”

Shawn Hammack of Gasburg, Virginia, caught a 6-pound, 7-ounce bass – the biggest of the tournament in the pro division – and earned the day’s Boater Big Bass award of $655. 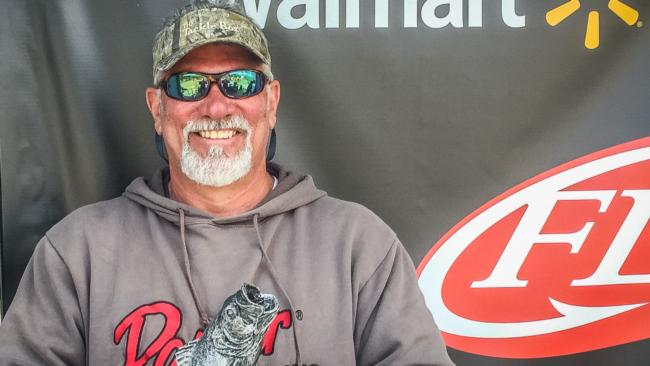 Mike Shatley of North Wilkesboro, North Carolina, caught the biggest bass of the tournament in the co-angler division, a fish weighing 5 pounds, 1 ounce and earned the day’s Co-angler Big Bass award of $327.