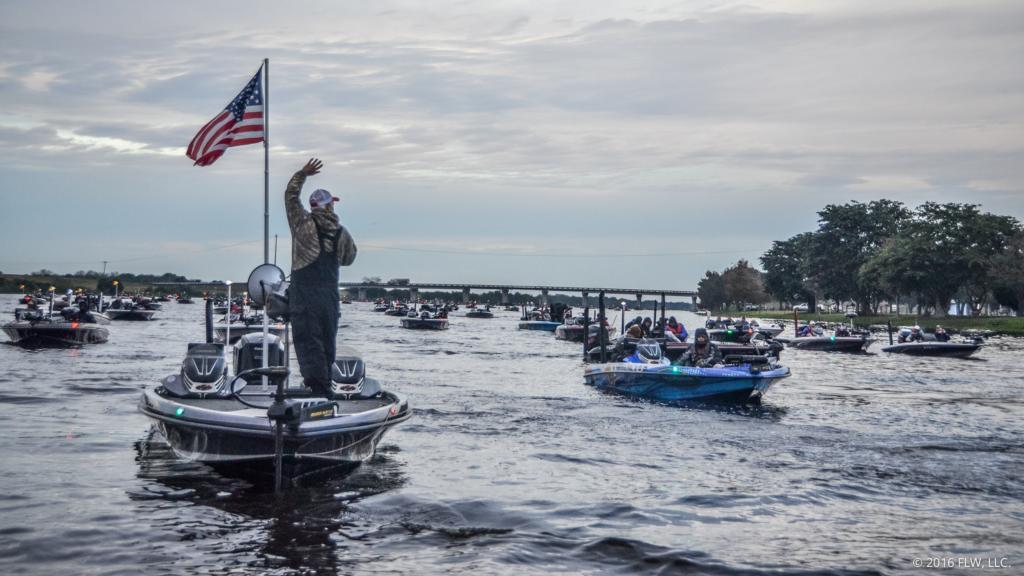 Action heats up across the Southeast and the Ozarks in the T-H Marine FLW Bass Fishing League this week, with five divisions in action, including season openers for the LBL and Okie divisions. Fishing should be solid across the country despite a recent cold snap in the East. Water levels will definitely be a factor on some lakes, though high water on many reservoirs is starting to settle out. The spawn could also be in play in the Deep South.

Here’s a quick rundown of what’s in store this week.

Moderate temperatures over the weekend and early this week might have delayed some of the progress of bass into the shallows, but the forecast calls for a warming trend later in the week that should support a solid tournament. Thunderstorms could make things a little tricky if the forecast is correct. Still, this is prime time to be fishing in Georgia.

Last season, the Bulldog Division fished Oconee a week earlier in March. Jeremy York won that event with more than 20 pounds by flipping shallow seawalls. It took 15-plus to make the top 10.

Sunshine and moderate winds should set up another Lake Okeechobee slugfest for the Gator Division’s third stop of the season – the second at Okeechobee. This tournament falls directly on a new moon.

A month ago, it took 26-plus to win the BFL at Okeechobee, and last season a late-March derby there took 23 pounds. A target weight in the mid-20s will likely be needed again this time around to win, but Okeechobee is always capable of producing mammoth stringers.

The LBL Division gets its start this weekend at Kentucky Lake and Lake Barkley, which are returning to normal following extensive rains in the area that raised the water level substantially. Normal summer pool on Kentucky Lake is 359 feet above sea level. As of Sunday evening, the water level was 360.75, and the Tennessee Valley Authority projects it to fall to 358.50 by Tuesday.

The region actually saw some snowfall over the weekend, and temperatures plummeted, but that didn’t stop the field in a collegiate big bass event held on Saturday from hauling in a stream of 5- to 9-pound bass to the scale. Last week, the YETI FLW College Fishing Open took 50 pounds over two days to win. That’s stout considering the field was dealt high, muddy water and windy cold-front conditions.

There’s more rain and fluctuating temperatures in the forecast, which means more ups and downs and uncertain conditions, but the fishing should stay solid. Expect to see low to mid-20-pound stringers contend for the win, with typical prespawn baits in play – crankbaits, lipless crankbaits, ChatterBaits, etc.

In 2016, the North Carolina Division held an event on Kerr Lake in early April, and it took 20-plus to win. This tournament might see similar results once the area warms up from this past weekend’s cold front, which brought rain and snow to the region.

Water levels have been inconsistent over the last three springs, but bass should be staging up in predictable areas come the weekend.

A couple of 21-pound stringers led the way last March when the Okie Division kicked off on Grand Lake. Water levels were normal for that derby, but this time around Grand Lake is high but falling. Full pool is 739 feet. On Feb. 25, the water level peaked at 748 feet. It’s been falling ever since, to 742 as of Sunday evening.

Where it lands by tournament time will have a major impact on the outcome. The forecast calls for a steady warm-up through the weekend.

Winning weights in the low to mid-teens have characterized BFL Ozark Division tournaments on Truman Lake the last few seasons. Those events were held in June and July, so the quality of the fishing might vary when the High School Fishing Open goes down on Saturday.

The water level is normal following a couple of weeks of elevated conditions. This past weekend saw the air temperature drop below freezing, but the forecast for tournament day is for 75 and sunny, with a chance of storms during the weekend.