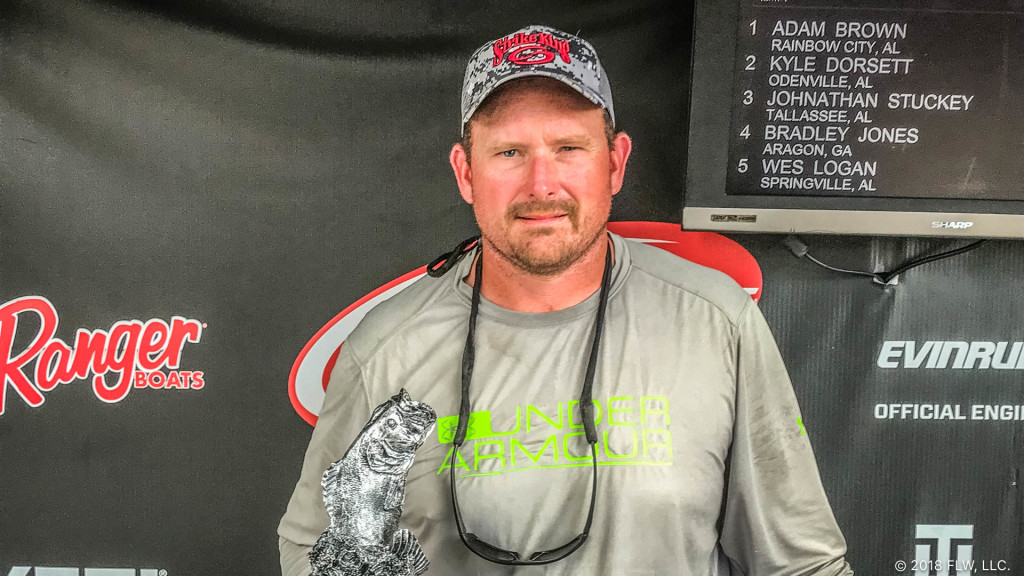 Brown says he spent his day fishing the backs of three creeks in the mid-river area, including Big Wills Creek.

“I didn’t do well until the sun got up around 10 a.m. and the fish started holding tight to cover, then I was able to target them better,” says Brown, who logged his first win in FLW competition. “I fished stumps, bushes – basically any type of cover that was back there. Almost every fish I caught came from 2 feet or less of water.”

Brown’s primary bait was a white Stan Sloan’s The Aggravator long-arm spinnerbait with No. 5 willow leaf blades and a trailer hook. He followed it up with a 3/8-ounce black and blue-colored Bo’s jig with a Zoom Super Chunk Jr. trailer of the same color. By the end of the day, Brown says he caught around 15 keepers.

“I ran the spinnerbait across the stumps and then pitched the jig,” says Brown. “I had to fish slow and steady. I hit each creek at least twice, and as far as the big fish go, I caught about two from each creek.”

Dorsett brought a 5-pound, 14-ounce, bass to the scale – the heaviest of the event in the Boater Division – and earned the day’s Boater Big Bass award of $520. 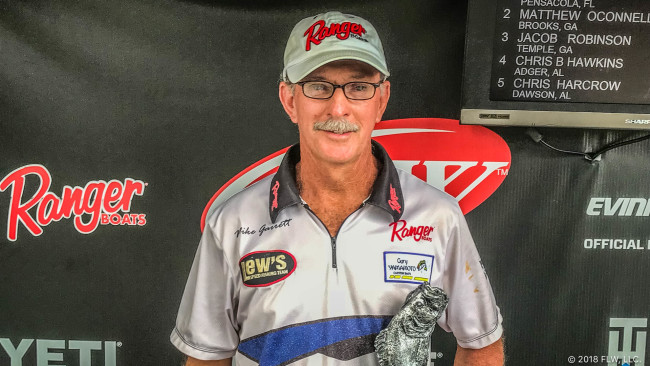 Hawkins caught the largest bass in the Co-angler Division weighing in at 5 pounds, 5 ounces. The catch earned him the day’s Co-angler Big Bass award of $260.