Lillie On Top at Eufaula 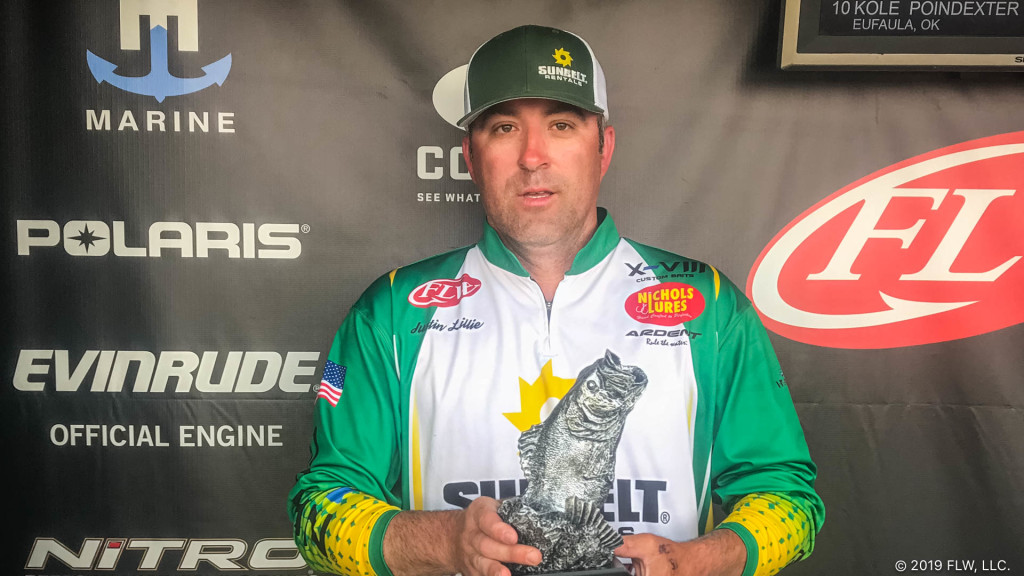 “I basically fished around the dam on the upper side of the lake 20 miles from takeoff and caught five keepers,” says Lillie, who earned his first career win in FLW competition. “I focused on postspawn bass around rock ledges. I had five locations I caught fish at, just running different little rock ledges and outcroppings.

“I worked in 6 to 10 feet of water,” continues Lillie. “I caught the biggest fish – my first – about 10 minutes in, and then one keeper every two hours after that.”

Matthew Palesano of Chickasha, Oklahoma, caught a 6-pound, 15-ounce bass – the heaviest of the event in the Boater Division – and earned the day’s Boater Big Bass award of $550. 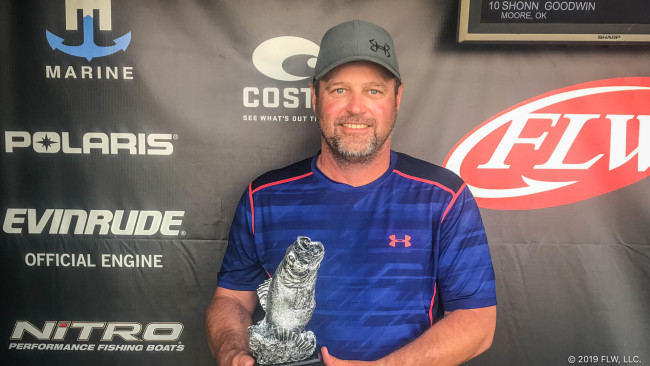 Jase Morris of Edmond, Oklahoma, caught the heaviest bass in the Co-angler Division, a fish weighing in at 7 pounds, 1 ounce. The catch earned him the day’s Co-angler Big Bass award of $272.