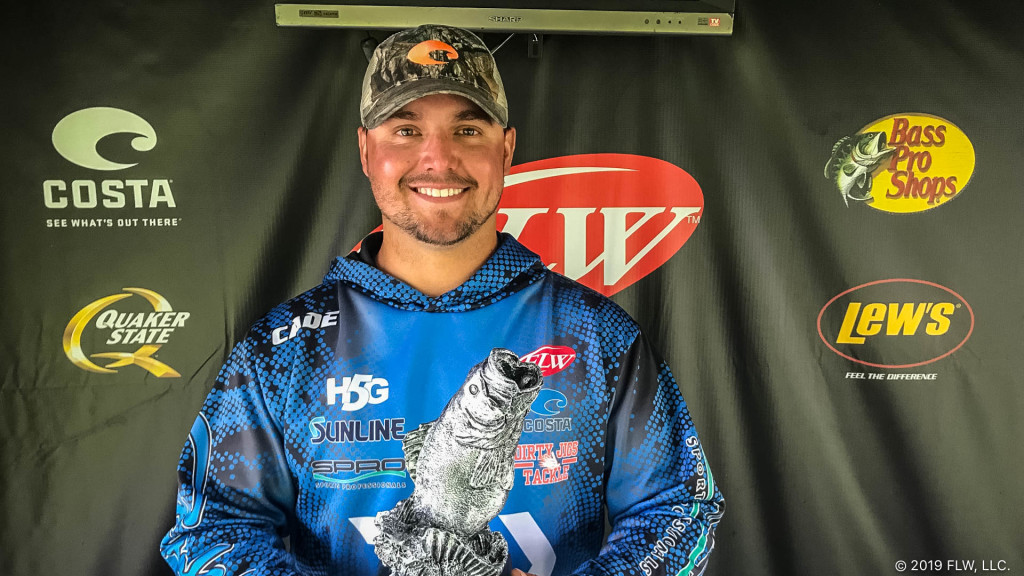 “I started by running down and fishing the north end of Pool No. 9, and ended up catching a 15½-pound limit,” says Laufenberg, who earned his fourth career win as a boater in FLW competition – second on the Mississippi River. “I had a little point with some current on it where largemouth were staging and getting ready to spawn. I caught a couple of good ones on a 1/8-ounce weedless Ned rig, and another two, including my heaviest of the day, on a jig.”

Laufenberg then ran up to Pool No. 8 to catch some spawning fish, but couldn’t get anything going. Still looking to upgrade, he says he went with a backup plan.

“I worked on the south end of Pool No. 8 and caught a 3½-pound spawning smallmouth on a regular 1/16-ounce Ned rig (green-pumpkin) Finesse TRD,” said Laufenberg. “With 15 minutes to go, I caught another in a spawning bay near takeoff on the north end using the Ned rig, and that was my winning fish.”

Mark Balbinot of Canton, Illinois, caught a 4-pound, 14-ounce bass – the heaviest of the event in the Boater Division – and earned the day’s Boater Big Bass award of $570. 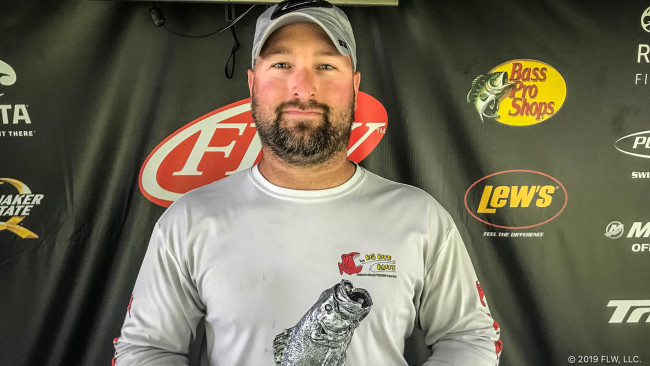 Zuteus Sevenants of Holmen, Wisconsin, and Joe Rockey of Schaumburg, Illinois, both caught bass weighing in at 4 pounds, 1 ounce – the largest of the day in the Co-angler Division – and split the day’s Co-angler Big Bass award of $142.