A combo platter is getting it done in the All-American 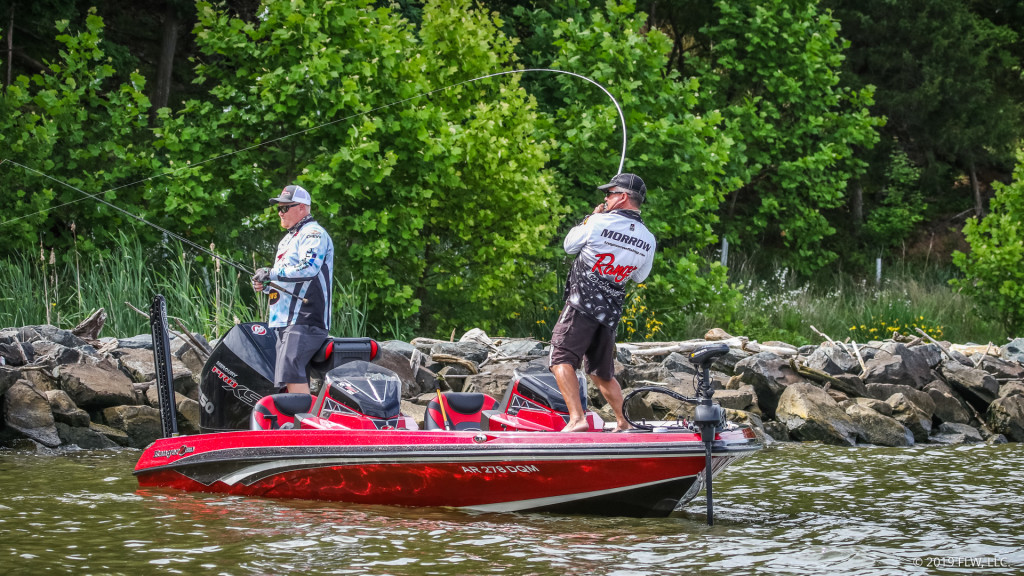 Day one of the T-H Marine Bass Fishing League (BFL) All-American produced quality weight totals for some at the top of the leaderboard and a lot of very tightly packed weights in the middle of the field. So far in the tournament, which is presented by General Tire, catching a kicker 4-pounder or two seems to be really hard to do, though there are plenty of 2-pounders to be had.

Because grass in the Potomac is a little less abundant than normal, a mixed bag of techniques are at play this week. There’s definitely some typical grass flat grinding going on, and that might be a good bet to hold up well, but hard cover is going to play a major role from here on out. 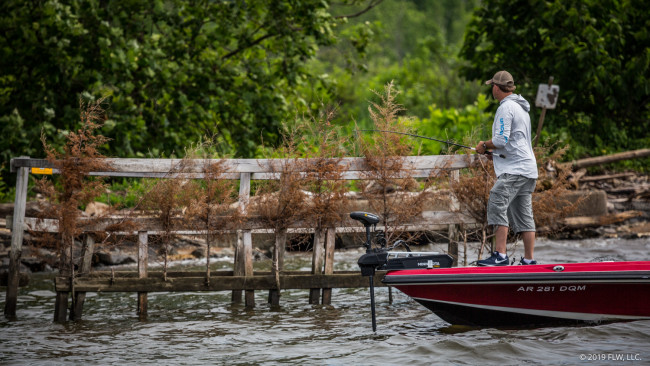 In second place, Doug Thompson rustled up nearly 16 pounds mostly junk-fishing on hard cover. Thompson had to adjust due to the weather, and he figures the storm that blew through during weigh-in will force another adjustment.

“It started off kinda slow today.” Says Thompson, who has never fished any other tournaments on the Potomac. “I guess the wind dirtied up a lot of the areas I had picked out, so I had to find backup areas. With this wind we have right now, I’m going to have to find new areas again, but it’s more of a pattern than an area, and the tide of course plays a big part in it.”

Fishing with specific tides in mind is tricky, even for locals, but Thompson had it figured out pretty well today.

“I was afraid coming into this I would get the wrong tide and chase it all day and be messed up,” says Thompson. “So, pre-fishing, I tried to find all kinds of different things to fish, and it seemed to help out.” 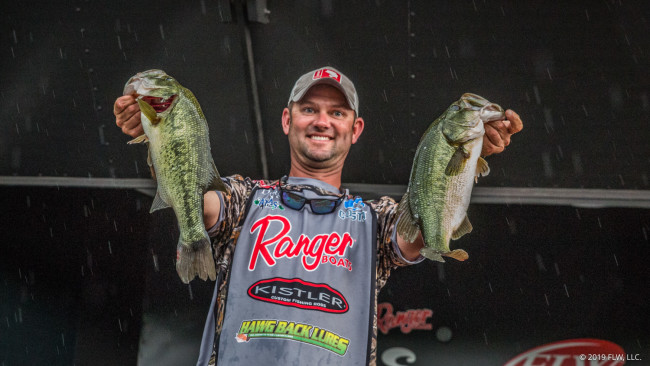 The award for the best grass bed finish on day one goes to Doug Ruster. Running to one grass bed to start, he ended up staying there all day in classic Potomac fashion.

“Things went very well,” says Ruster, who qualified from the Hoosier Division. “It’s a big area, a big grass flat with some edges in it and things, and I talked about moving a couple of times and we decided to stick it out. We’d catch one about every hour and the quality was a little better so we decided to stay.”

Surprisingly, Ruster mostly had that grass to himself, which has him excited about the possibilities.

“I feel great about tomorrow,” he says. “It’s a big area and there’s a lot of fish in there.” 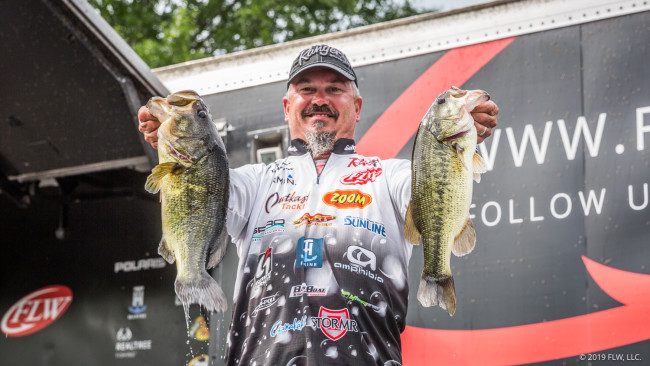 A current FLW Tour pro and former All-American champion, Troy Morrow certainly has an edge on his competitors as far as experience goes. Today, he lost the makings of a mega-bag and still managed to wrangle enough for fourth place.

“I’m glad I came up and pre-practiced because of the lack of grass, but I actually found a different bite in the practice day,” says Morrow. “I stuck with that all day today and did really well; my co-angler and I both caught a lot of fish.”

Fishing all hard targets, Morrow figures he and his co-angler each caught 15 or so keepers. If he can keep that up, he could be tough to compete with on the weekend.

“For the most part, I hunkered down on just a few spots,” says Morrow. “But, I still have a lot more water I haven’t touched, so I have more range. I stayed pretty close today.” 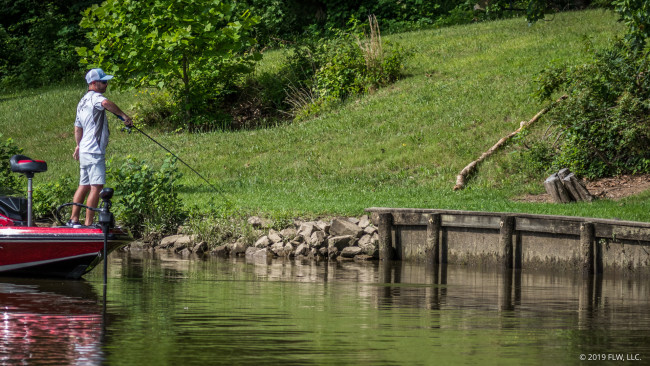 We ran into Kip Carter way up a creek in the morning, but he says that’s not all that got him into the top five on day one.

“It was slow,” says Carter. “I carried three or four [keepers] around until about 1 o’clock and then I hit a little flurry and culled and caught my big one.

“The way I’m fishing, I’ve got some things all to myself, and I’m fishing a style that I love to fish – it’s not a crowd deal,” he explains. “I feel like I can catch five more, but you’ve got to get these good bites to have a chance to win this thing.”