It’s going down to the wire on the final day 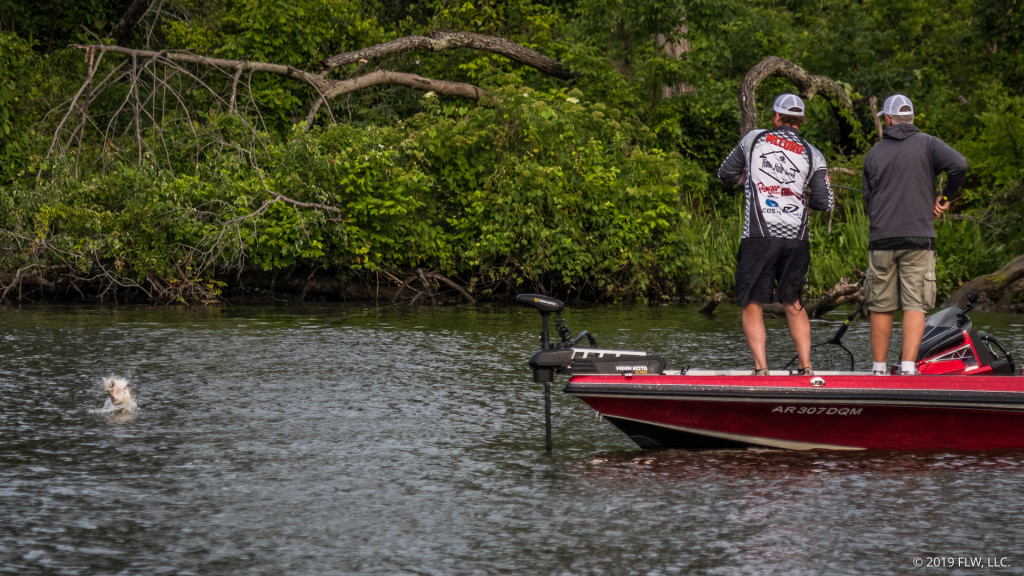 The final day of the T-H Marine Bass Fishing League (BFL) All-American has been a good one so far, and the fishing figures to stay hot right up to weigh-in. Though Joseph Thompson seems to be maintaining his lead, he certainly hasn’t slammed the door.

Like every day of the tournament, which is presented by General Tire, the weather has been really nice, if not a little on the hotter side. The morning was wonderful, with a light breeze and some cloud cover, but it’s slicked off and got sunny now. The tide is almost at its lowest point, and anglers should have at least an hour or two to make hay on the incoming tide at the end of the day.

Both days one and two had markedly better fishing in the afternoon, and that is likely to be the case again today, despite the weekend traffic. Thompson has continued to be stingy with the lead, but we think he’s only got about 12 pounds today, much of it caught from a grass bed. Behind him, a lot of other anglers have decent bags as well (around the 12-pound mark), but Brennon McCord is the only one who we think is in the low teens. McCord is way back in Mattawoman Creek, and he caught all his good ones there on day one. If he can upgrade one or two more times, he may have a shot at the win.

Doug Ruster has had a really tough morning, but he might be able to turn it on in the afternoon, as he did yesterday with an afternoon flurry. Hopefully that's not the end of his run. One true mystery is Ronnie Baker – an experienced river angler, Baker had one pretty early, but we haven’t had an update since then (and anglers are mostly self-reporting weights). If he can muster 16 pounds, he may well have a shot at this.

On the technique side of things, it’s been a mixed bag again. Hard cover, tidal places and grass have all got it done. However, if Ruster can’t catch them this afternoon, then it’s almost certainly going to be a heavy lean away from grass in the top five.

The live leaderboard will run until 2 p.m. ET when FLW Live ends. A lot can happen after both shut down for the day ahead of weigh-in.

The final weigh-in starts at 3:30 p.m. ET, and you’re going to want to tune in. We’ll crown a co-angler and a boater champion, and there’s no higher honor for the weekend angler than to be an All-American winner.