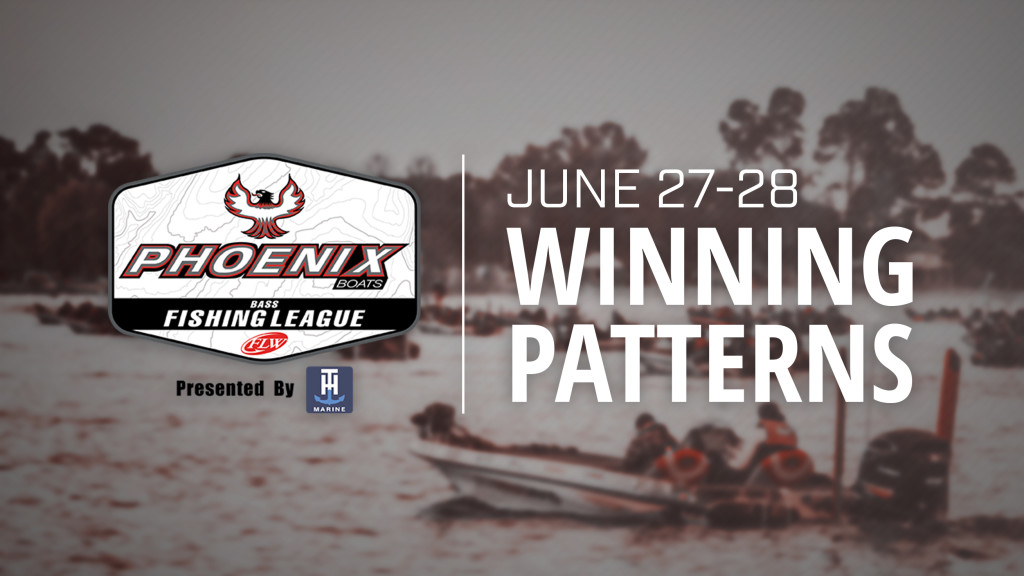 Wrapping up competition for the month of June, the Phoenix Bass Fishing League presented by T-H Marine saw four divisions compete this past weekend, which included a pair of double-headers. Due to the heat and a desire for the best fish care possible, one of the tournaments took place with a three-bass limit instead of the usual five-bass limit.

Check out a quick glimpse of how each event was won below.

Click here to see the full schedule and if you want to enter an upcoming tournament click here or call (270) 252-1000. 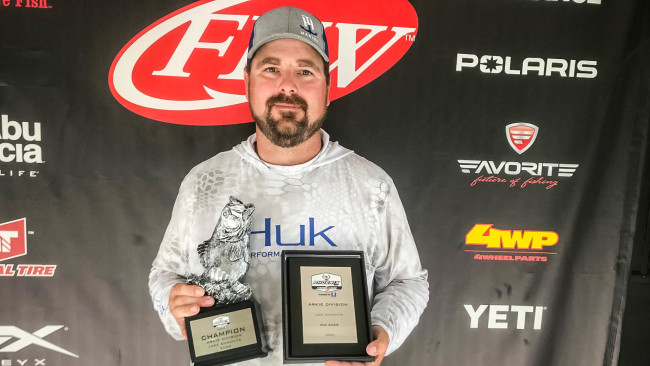 “I caught all of my fish on a white Strike King swim jig, running grass in Webb and Twin Creeks,” says Richmond, who earned his second career win in FLW competition. “I had all of my fish that I weighed in by 6:30 (a.m.). I caught a bunch of small ones throughout the day, but I never could upgrade.

“This division is very hard to win as a boater. These guys are very good, and we fish all different types of water – clear-water reservoirs, rivers – so it’s hard to beat these guys,” Richmond says. “I’ve been fishing BFL events since 2005 and this is my second trophy. I’ve been to the All-American once, and I really want to make it back.” 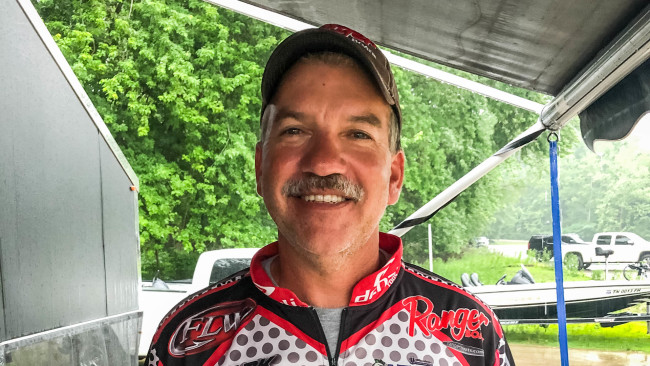 The win was the seventh of McClain’s career. 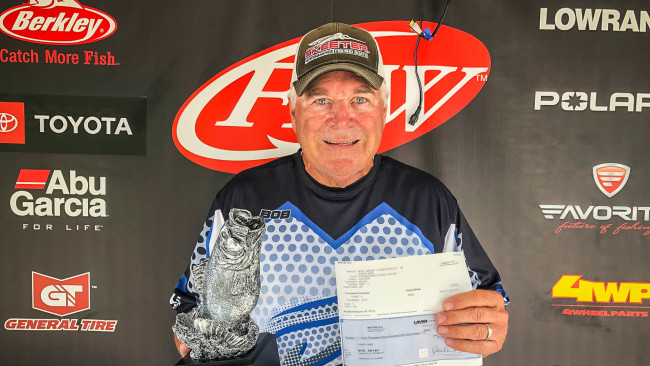 Bob Drake of Noblesville, Ind., brought in four bass weighing 16 pounds, 12 ounces, on Sunday to earn his first win of his career and a nice $4,155 payday.

According to post-tournament reports, Drake caught his fish with a Marten’s madness-colored Roboworm on a drop-shot on the main lake, about 3 to 4 miles from the takeoff site. 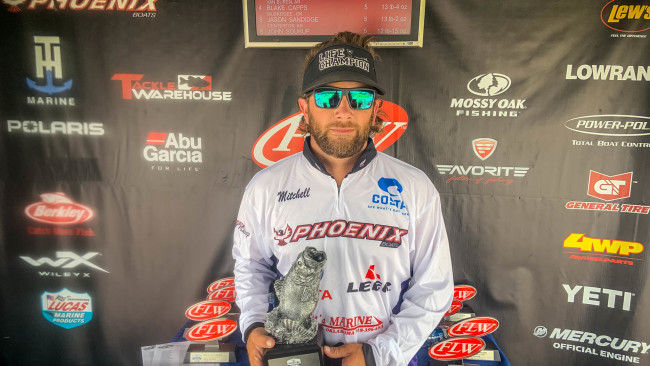 “It started off kind of slow for me. I just kind of caught one here, then caught one there, and by the end of the day I realized I had a pretty decent limit,” says Webb, who earned his first career FLW win. “I stayed in the Muskogee Pool and just covered a lot of water. I basically ran from lock to lock.

“I caught four of my five fish flipping shallow, and the other one I caught on an offshore spot,” Webb adds. “I’d had a couple of mishaps with my tow vehicle earlier this week, so it feels good to finally come out on the right side of something.” 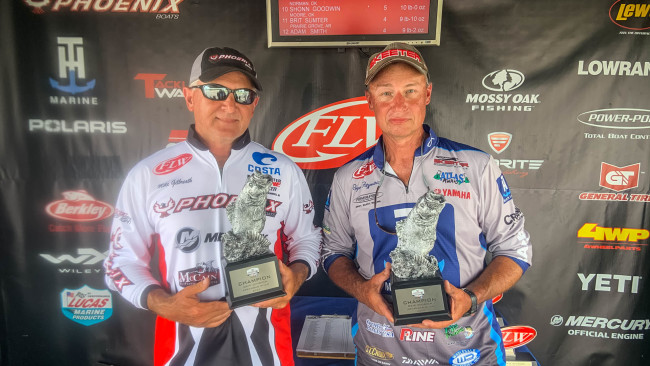 Roger Fitzpatrick of Eldon, Mo., and Mike Gilbreath of Grove, Okla., both brought in limits weighing 13 pounds, 13 ounces, on Sunday to tie for the win. Fitzpatrick earned $3,380 for his victory, while Gilbreath won a total of $6,880 after contingency awards.

Both Fitzpatrick and Gilbreath ran similar patterns in the Muskogee Pool by cranking early in the day and flipping in the afternoon.

“I caught a limit fairly early on a crankbait, but it only weighed around 10 pounds and I knew it wasn’t going to help me much,” says Fitzpatrick, who earned his ninth career FLW victory. “I spent the rest of my day flipping wood with a Zoom Speed Craw.”

“I had a great time out there,” Gilbreath says. “I caught some early on a square-bill crankbait, then flipped in the creeks later in the day. It was tough – I found a few areas where I had to make 8 to 10 casts to the same piece of structure before I’d get a bite – but all in all it was a very good day.” 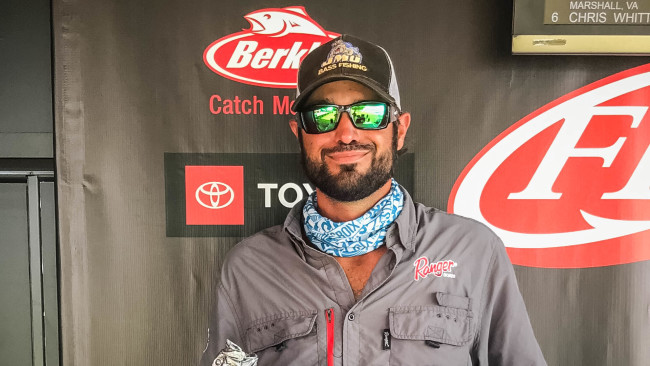 Alex Pirowski of Occoquan, Va., brought a five-bass limit to the scale Saturday weighing 17 pounds, 3 ounces to claim $5,337 in winnings.

The tournament was the second of five events in the Shenandoah Division presented by A.R.E. Truck Caps.

“It was tough for most of the day, but I couldn’t be happier with how it all turned out,” says Pirowski. “I ran south and fished main-river docks and wood. The bite was pretty hit-or-miss, so I rolled into Potomac Creek for a little bit and managed to pick one up there as well.”

“The key was sticking with areas that I knew had fish, even though they weren’t biting at the time,” Pirowski goes on to say. “I just had to wait the tide out.”