Goade Ahead on Hartwell 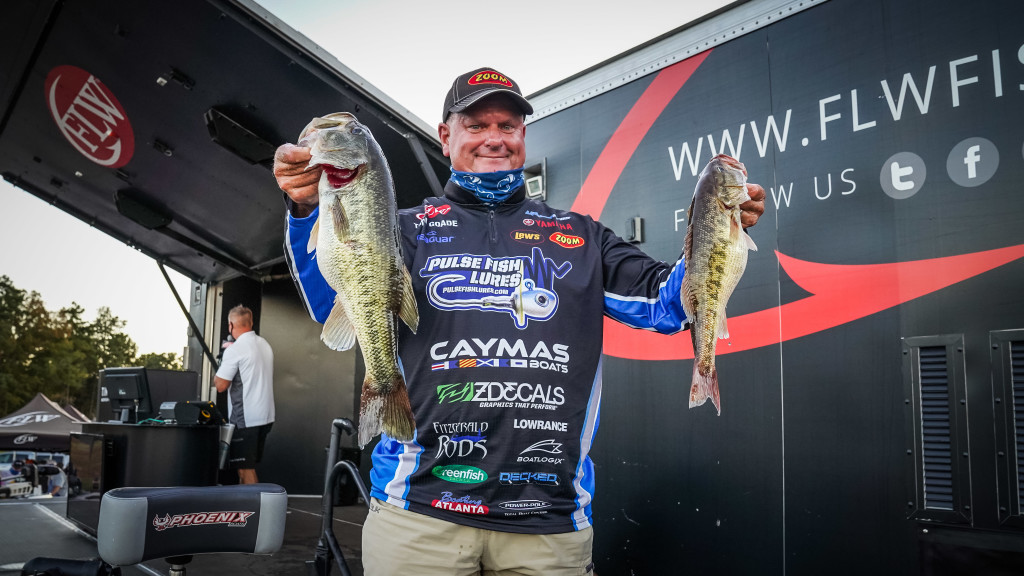 Though Todd Goade calls the Volunteer State home, he’s got plenty of experience on Hartwell and it's showing in the Phoenix Bass Fishing League presented by T-H Marine All-American presented by TINCUP. Catching 11 pounds, 7 ounces yesterday, Goade improved his catch today with 13-2 to move to the top of the leaderboard with 24-9 overall. The White Pine, Tenn., boater will start the day tomorrow with a 1-13 lead over Roger Fitzpatrick, who also improved his catch on day two.

Top patterns from day one

Goade has fished pretty flawlessly thus far, cleaning up on mostly spotted bass in and around offshore brush on the lower end of Hartwell. Today, he wrangled the biggest bag of the tournament.

“It went as good as it could go,” says Goade of his day. “I’ve been timing myself, when I stop on certain places. From practice, I noticed I needed to be at certain places certain times. I need the sun to shine to position fish on my targets, so I’ve been stopping pretty short of my target when it is cloudy and just working my way up to them, and I’ve caught a lot of fish before I get to the cover. It’s worked real well, I’m just trying to stay patient and not get ahead of myself.”

Goade reckons he caught about 15 keepers on the day. His baits of choice have primarily been a shaky head and a 1/8-ounce Pulse Fish Lures Pulse Jig with a Damiki Armor Shad. 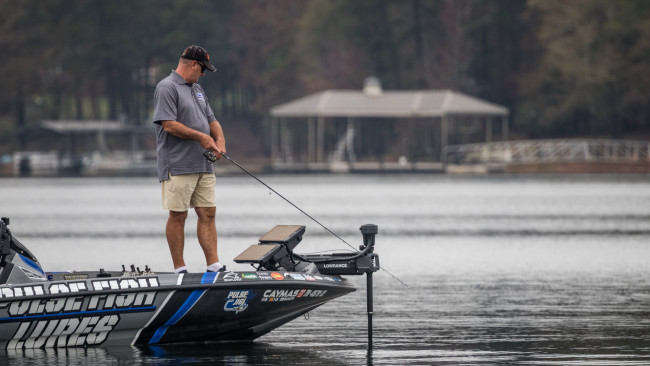 Like most of the other anglers, Goade would prefer the sun to be out. Today, once the sun did start to shine in earnest, Goade plucked a heavy largemouth to anchor his limit.

Going into the final day, Goade is relatively in command, though weights are tight, and he’s not trying to think too far ahead.

“I love offshore spotted bass fishing on Hartwell and Lanier, that’s wat I do,” says Goade. “Hopefully it’ll hold on, it’s been a great week. If I zero tomorrow, this is still one of the best weeks of my fishing career.”

“These fish are roaming, as far as the fish I’m fishing for,” says Kimmel, who hails from Athens, Ga. “I’m casting and reeling a bait, and I’ve caught a couple on vertical presentations.

“This is my second All-American,” says Kimmel. “I missed making the All-American by an ounce in 2015, and missing it really made me appreciate this.”