It’s too tight to call on the final day 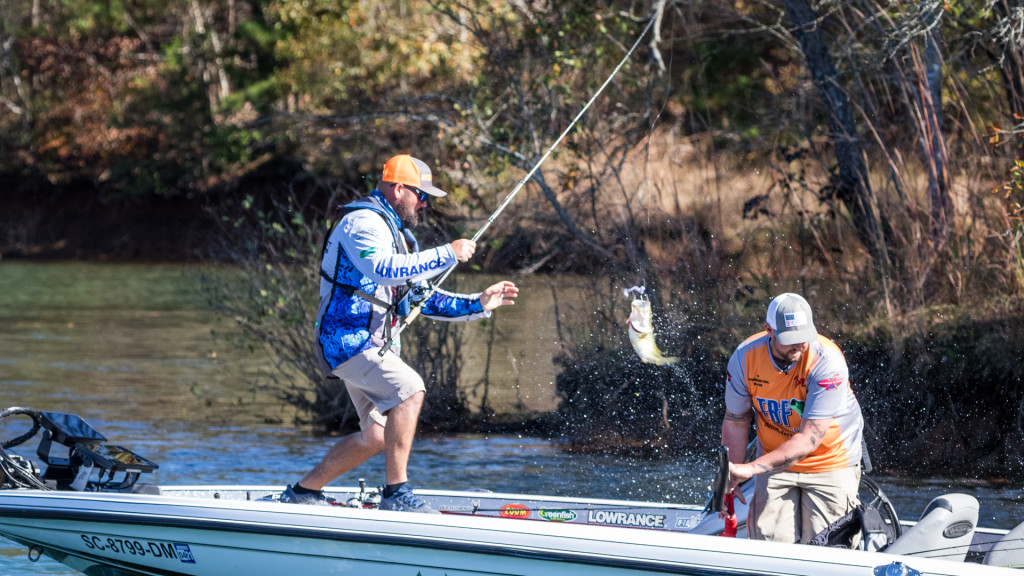 The final day of the Phoenix Bass Fishing League presented by T-H Marine All-American presented by TINCUP is shaping up to be a nail-biter.

The top 10 set on Hartwell under overcast, but clearing skies, and the weather has been super nice all day. Sunny and not too warm in the morning, the hoodies came off around noon, and the wind has never done more than ruffle the surface. It certainly qualifies as post-frontal, but it’s hardly one of the crisp and bluebird days that can sometimes crush the bite.

The fishing has been a bit of a mixed bag. Nobody started particularly quickly outside of Cole Floyd, but most everyone has put together a limit by now.

Todd Goade has a smaller limit than usual, but he just culled up by about a pound and this weather is theoretically perfect for him. If he can cull up a couple more times this afternoon, he might be able to close down a win without too much drama.

Still, even if Goade does cull a few times, the drama might find him. Jayme Rampey put together a limit of spotted bass down the lake this morning before heading up the river to fish for largemouth. This afternoon, he’s done work, culling five times in perhaps two hours, with time left to fish. We’ve got him unofficially in the lead at the moment, though the estimate is not rock solid.

Outside of Goade and Rampey, the rest of the crew probably needs a big bite to make something happen. If lightening does strike, we might not know about it, so make sure to watch the final weigh-in live online at 4 p.m. ET.