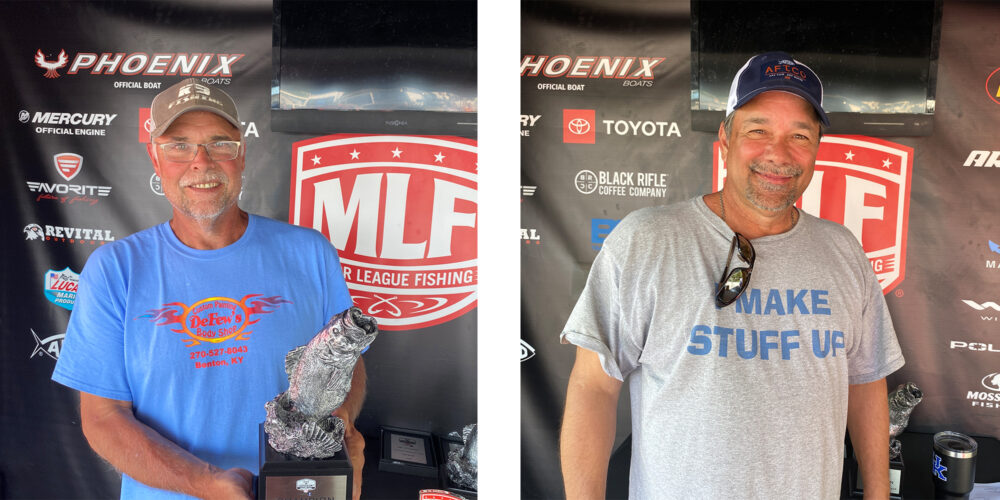 “We’ve got a lot of really good fishermen in this area, and a lot of people come in and fish Kentucky Lake,” Defew said. “It’s very competitive. It’s a dream to win one of these trophies. I’ve always wanted one.

“It just feels awesome,” Defew went on to say. “I own a body shop and work 50 hours a week, and I fish on weekends and after work. So, for an ordinary guy to win one of these against guys who get to fish a lot feels really good.”

Defew, who said he considers himself a “north end” fisherman on Kentucky Lake, said he focused on fishing from Kenlake Resort State Park to the dam during the event. Defew said he caught eight to 10 keepers during the course of the day. The bass fell for a Berkley Power Worm, as well as a jig and a Strike King 10XD crankbait.

“Kentucky Lake is as competitive as any other body of water out there,” Defew said. “Our lake has changed, but it’s definitely getting better. Even on its worst day it’s still a lot better than a lot of lakes you can go to.”

Dan Morehead of Paducah, Kentucky, had a largemouth that weighed 7 pounds, 4 ounces that was the heaviest of the event in the Boater Division and earned the day’s Berkley Big Bass Boater award of $635.

Drake Horn of Murphysboro, Illinois, caught the largest bass in the co-angler division, a fish weighing in at 5 pounds, 14 ounces. The catch earned him the day’s Berkley Big Bass Co-angler award of $317.