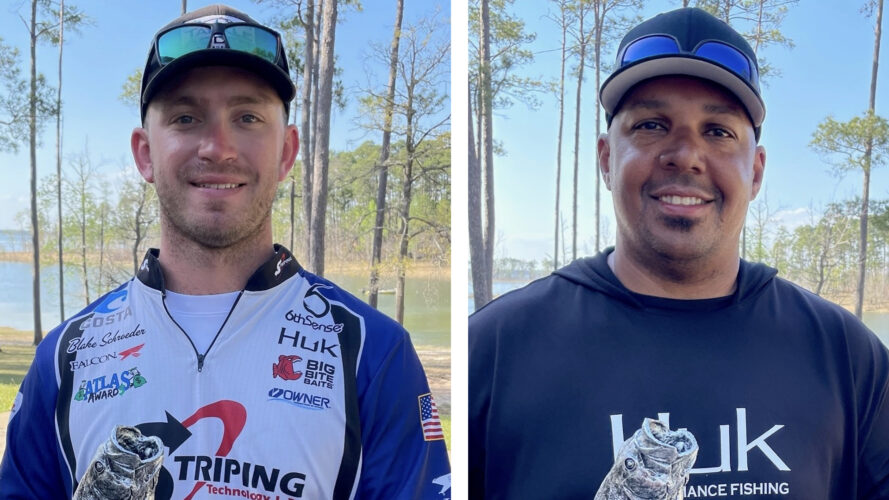 “It wasn’t fast and furious by any means,” Schroeder said. “I caught one big one on a 6th Sense Cloud 9 C15 crankbait that was about 7½ pounds. I caught a few other ones on a Carolina rig with a Big Bite Baits Pro Lizard in 8 to 12 feet of water. I also caught some of my better ones on beds around hay grass and buck brush on a 3-inch Big Bite Baits soft plastic.”

Schroeder said he caught 15 bass during the course of the day, 11 of which were keepers, fishing north of the Highway 147 bridge.

“This is my third BFL win, and it feels good,” Schroeder said. “I know it’s an accomplishment to win one, and there aren’t a ton of people who get the opportunity to win several, so I’m certainly blessed to have the chance to win in back-to-back years. And winning against the field of anglers that fish Sam Rayburn is an accomplishment in itself.”

Mattison had a 9-pound, 10-ounce largemouth that was the heaviest of the event in the Boater Division and earned the day’s Berkley Big Bass Boater award of $870.

Pilinski caught the largest bass in the Co-angler Division, a fish weighing in at 9 pounds, 7 ounces. The catch earned him the day’s Berkley Big Bass Co-angler award of $435.