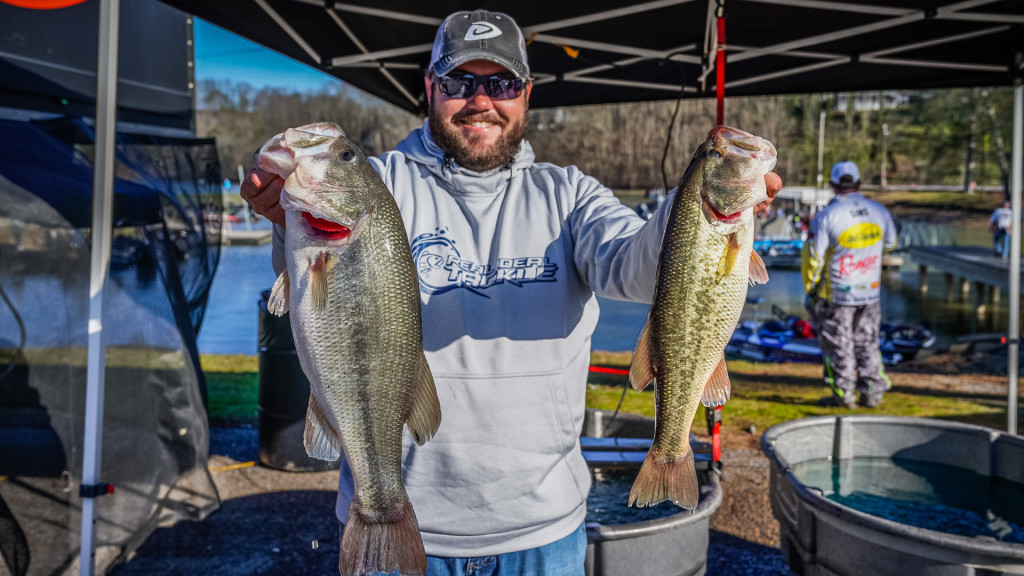 The 2021 Phoenix Bass Fishing League presented by T-H Marine Volunteer Division kicks off January 30 on Lake Chickamauga. One of the best lakes on the Tennessee River, and certainly the best for truly giant fish, the wintertime tournament should see some huge fish caught.

The folks in Dayton, Tennessee, have done a fantastic job of marketing Lake Chickamauga as a premier bass fishing destination. But, in fairness, it’s a pretty easy sell. Chickamauga, at 36,000 acres, is by no means the biggest reservoir on the Tennessee River, but it’s one of the country’s top destinations for anglers wanting to target double-digit bass. Thanks to the fertile waters of the Tennessee, healthy grass growth in the spring and summer, and an injection of Florida-strain genetics, Chickamauga is the kind of place where 30-pound limits are common.

The upper end of the reservoir snakes back and forth in riverine fashion before joining up with a series of deep creeks and shallow sloughs in its midsection and eventually widening out into a classic southern reservoir at the lower end. Because of the distinct zones, Chickamauga offers a wide variety of structure and cover to fish. There’s plenty of grass in the spring and summer, though it won’t be a major factor in January, so anglers will be fishing stumps and laydowns on shallow flats, points, ledges, creek channels, gravel bars in the current, and various types of bottom content transitions.

Bass Pro Tour pro Michael Neal is as intimately familiar with Chickamauga as anyone, and he thinks that extremely stable winter conditions could lead to a slugfest.

“The conditions have never been this stable in the winter, and it should be a better tournament than normal for the end of January. Normally, January isn’t all that good, things really start changing in February, but stable conditions will help.”

As far as the actual conditions go, Neal says the water temperate is in the low 40s now, but could tick up with warm weather. With the water low, there is very little grass in play, but the water is a bit clearer than normal.

“There will be fish caught in creeks and the main river,” says Neal. “The major creek arms have everything the fish need, giant bags get caught there and in the main river. If we have a lot of current, it may sway it one direction or the other, but I would expect a mix in the top five.”

For weights, Neal has his hopes set high.

“There’s always a chance of a Rayburn bag, but I think somebody will have right around 30 pounds to win,” says Neal. “It could be way better or way worse, but I think there will be several bags over 25 pounds.”

Wintertime on the Tennessee River isn’t exactly a mystery these days, and Neal knows it.

Still, those won’t be the only baits on deck. Plenty of wintertime fish can be caught on a blade bait or a spoon in the right conditions, and jigs and spinnerbait never really go out of style. Also, because it’s Tennessee, don’t be shocked to see a balsa crankbait of some sort do a little damage.