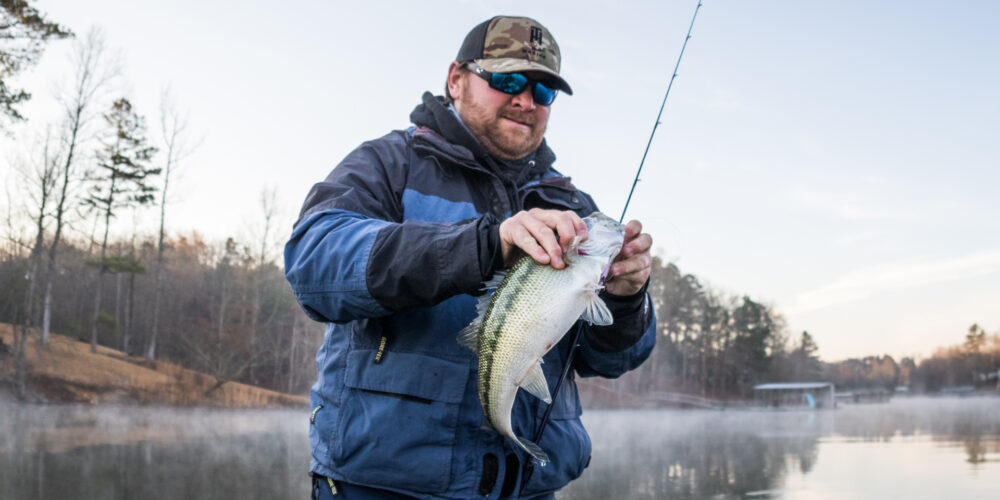 JASPER, Ala. – The 2023 Phoenix Bass Fishing League Presented by T-H Marine Choo Choo Division is set to kick things off at Lewis Smith Lake. Loaded with spotted bass and home to a good largemouth fishery, Smith is a scenic lake that fishes great in the wintertime.

Lewis Smith Lake, or Smith Lake as it’s generally called, is a 21,000-acre impoundment nestled in northern Alabama and fed by the Black Warrior River. It is not a gigantic lake, but because it’s lined with hundreds of pockets and a few major creek arms, the lake fishes big. Smith is a highland-type reservoir, meaning it’s deep and clear with rock and wood being the primary cover. There are docks on the lake, though limited in number. Both spotted bass and largemouth reach impressive sizes in Smith, though spots are the predominant species. That being said, a chunky largemouth or two can make a big difference in the final standings.

Smith Lake ace Jesse Wiggins says that the fishing should be good, and rain in the forecast could produce a lights-out cranking bite.

According to Wiggins, Smith can be a lot of fun in the winter, even if the really big fish are a bit harder to pattern consistently.

“There are less boats out there, that’s my favorite thing about fishing there this time of year,” he said. “Everyone is either hunting or it’s too cold; you catch a bunch of fish usually, I love fishing down there in the winter for sure.”

Over the years, tournaments have been won on all sorts of species combinations at Smith. Sometimes five big largemouth can put an angler on top, sometimes a mix works, and other times quality spotted bass get the job done.

“I’d say if you’re trying to win, just strictly trying to win the tournament, you’re probably going to have to have a largemouth,” Wiggins said. “But, it can be won with all spots. If it was November, I would say for sure all spots. But, this time of year, you just don’t catch a bunch of giant spots until March. If I win it, I’m going to have a largemouth I feel like, but you could win it strictly on either for sure.”

As for the weight needed, that depends a lot on the conditions.

“If it’s muddy, and flowin’, it could take 20 pounds to win, it for sure could,” he said. “But, if it’s just a normal Saturday down there, just cold and clean, 17 pounds is going to win it. But, if it’s good fishing conditions, muddy, windy and kind of warm, it’s going to take 20 pounds I’m sure.”

Smith gives anglers a chance to chase largemouth or spotted bass, and throw just about the entire tacklebox if they want. So, depending on the conditions and your style, you want to be prepared for finesse or more largemouth-centric fishing.

“I’m going to have a crankbait, a small swimbait, a Ned rig and a shaky head on deck,” Wiggins said. “One of those is what it’ll be won on, I think. If we have a cloudy, windy, nasty day, it could be won on an Alabama rig. But, I doubt I win it on an Alabama rig. I don’t hardly throw it anymore, but it can be won on it.”