Clarks Hill up Next For South Carolina Division 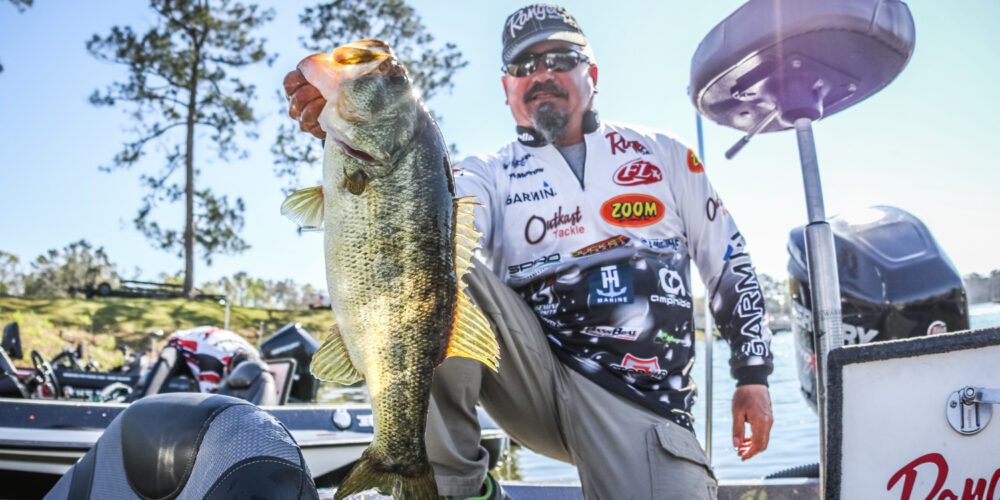 Created by the J. Strom Thurmond Dam during 1951 and 1952 by the U.S. Army Corps of Engineers near the confluence of the Little River and the Savannah River, Clarks Hill is a really good fishery. At 71,000 acres it is the third-largest reservoir east of the Mississippi River.

A typical Carolina reservoir to a degree, the lake has shades of Hartwell, Lanier and Murray to it. One important distinction is that largemouth are very much the predominant player, with some spotted bass, but not enough to impact a tournament.

“Clarks Hill has gone through a lot of changes over the years,” says Morrow. “It used to have hydrilla, which made it phenomenal. They’ve eradicated most of that now, so the fish are getting back to rock on points and shells on points. The same Savannah River thing and Lake Lanier thing, where you put out offshore brush piles, that has come into effect there, so you can also catch them on topwater over brush on points and humps there.”

Depending on the water level, Clarks Hill can also have a good shallow bite.

“The upriver stuff will play a bit,” says Morrow. “Now the lake is full, so you have a lot of shoreline cover and willow bushes in the pockets. Some of the creeks up the river have extensive flats full of willow bushes. And, that late in the year, somebody will run up and do well in the cooler waters below Russell Dam.”

Figuring on about 18 pounds to win, with a shot at someone bringing over 20 to the scale, Morrow thinks the fishing should be good, despite the herring spawn being mostly over.

“There are 8-pounders in there, which, we don’t have many of them in Hartwell,” says Morrow. “There are a lot more in Clarks Hill, and they should be recovering nicely from the spawn. They should be putting weight back on now. The herring spawn, in May, is a blast down there. It’s a flatter lake, and you get those shallow blow-throughs in the islands, those are really good. Those might come into play in the first hour or two, if you find the right blow though, they could be in it pretty good.”

The baits needed won’t be any huge mystery. Though some finesse tactics will get the call, Morrow thinks a straightforward approach will do well.

That means topwaters, swimbaits and the like for the more offshore or brush-based fish.

“The Zoom Super Fluke is gonna play, that’s one of the staples down there,” says Morrow.

For the fish up shallow, it sounds like guaranteed fun.

“It’ll depend on the day and the attitude of the fish,” says Morrow. “It could be flipping, or you might catch them on a frog or a buzzbait in those willows.”