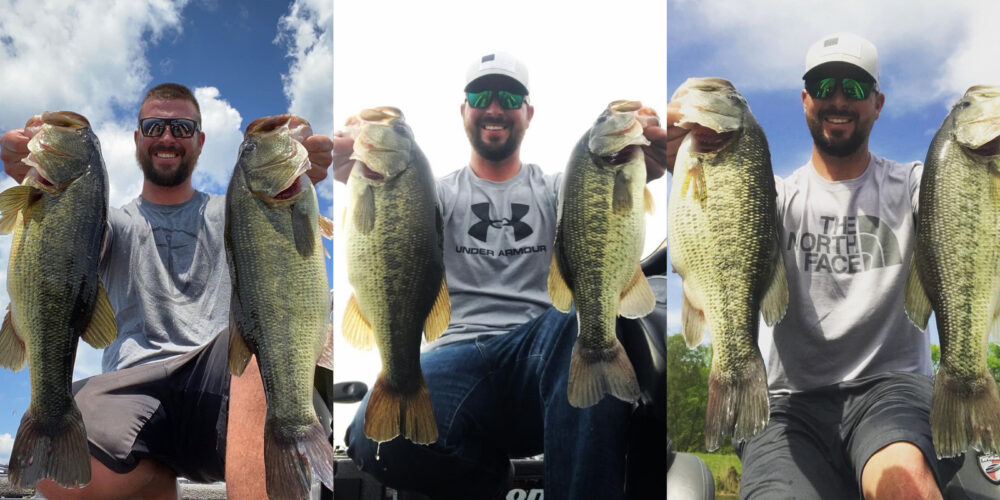 The first event of the Phoenix Bass Fishing League Northeast Division’s season gets underway on April 17 on the Chesapeake Bay. The body of water is setting up nicely for some quality prespawn largemouth according to Tackle Warehouse Pro Circuit angler and Delaware native, Kurt Mitchell.

The Chesapeake Bay is a large body of water that can look quite intimidating when looking for a place to start. However, Mitchell believes that anglers can greatly help their chances by focusing on the Susquehanna River grass flats on the north end of the bay.

“The grass should just start to be coming up around mid-April, so the fish are going to start going to the drains,” Mitchell advised. “There’s little depressions out there on the flats where the fish will be staging to go spawn.”

Mitchell says to look for the staging bass in about 3 to 5 feet of water near the back channel of the flats.

When it comes to catching them, Mitchell has a few ideas on how boaters and co-anglers should attack the bay depending on where they are fishing.

“Vibrating jigs, swim jigs, and Rat-L-Traps are going to be huge this time of the year on the grass flats,” Mitchell said. “There are also some guys who will find success fishing marinas in the Northeast River. There’s great bags to be caught out of that marinas for guys who will be flipping jigs and throwing Senkos. Some guys may run up the Sassafras River and flip laydowns as well. You can definitely catch a big bag doing that.”

While other locations can produce quality bags, Mitchell says he thinks he knows where the winning bag will come from once it’s all said and done.

“It’s safe to assume that the winning bag will come from the grass flats on the Susquehanna River,” Mitchell admitted. “That’s just the way this fishery sets up this time of the year. It could take as much as 25 pounds to win that, in my opinion. Your average fish should definitely be around 5 pounds.”

Mitchell advises that while the flats are vast, finding ditches with grass is the most important aspect of. Even though the event is mid-April, Mitchell predicts there won’t be an abundance of grass, so anglers will have to look for the right locations. If there is a good amount of rain prior to the event, Mitchell suggests scrapping the flats game plan and heading to the marina or up the river somewhere to flip.