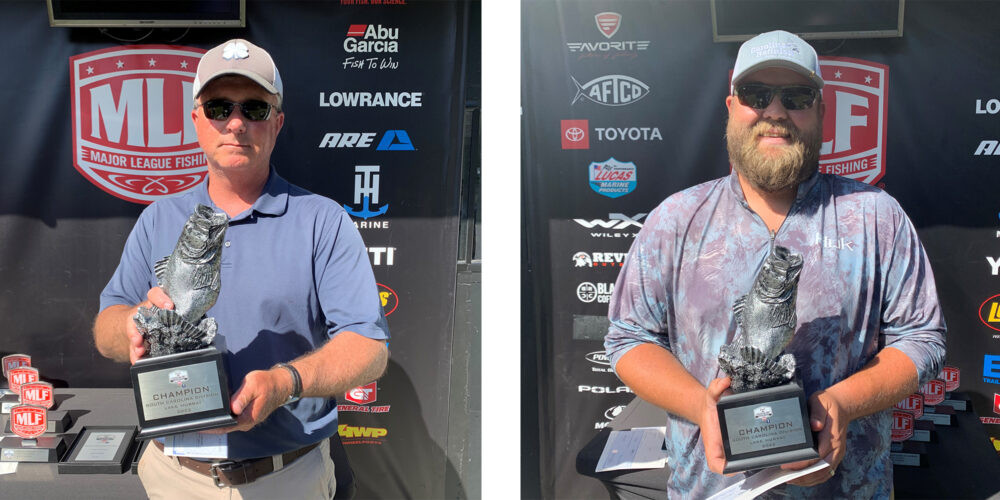 “I caught a lot of fish, and I caught them all day long,” Stanfill said. “This was a culmination of a whole lot of decisions I made throughout the day, and every single one of them was right. I had a starting place where I ended up catching a pretty decent limit right out of the gate. Then the pressure was kind of off me.”

Stanfill said after he caught his limit he moved to a different location where blueback herring had not been present on the bank and not spawning during practice. He said he threw a spinnerbait across a windy flat and about 25 6-inch herring followed the bait. Stanfill said he knew the wind and herring meant largemouth would be nearby.

“I said, “I’m just going to hang in this area and go with it,’” Stanfill said. “I saw a fish break at the surface, tossed a topwater bait to it, and the fish came up to it and killed it. I caught several more in a row and said, ‘I’m just going to go with this.’”

Stanfill said the bass were “flat absolutely biting” during the event, and the fishing was fantastic for many competitors. He said he expected to see 20- and 21-pound stringers during weigh-in, but the baitfish and wind provided anglers with ample opportunities for big bags.

“I didn’t realize what size stringer I was building,” Stanfill added. “I don’t focus on that. I just look at the smallest one I’ve got and try to replace it. What it all boiled down to was just some vicious flurries where I just wrecked them.”

Stanfill and Medlock each had largemouth that weighed 7 pounds, 4 ounces that tied for the heaviest of the event in the Boater Division, and they split the day’s Berkley Big Bass Boater award of $464.

Harrington caught the largest bass in the co-angler Division, a fish weighing in at 5 pounds, 9 ounces. The catch earned him the day’s Berkley Big Bass co-angler award of $232.