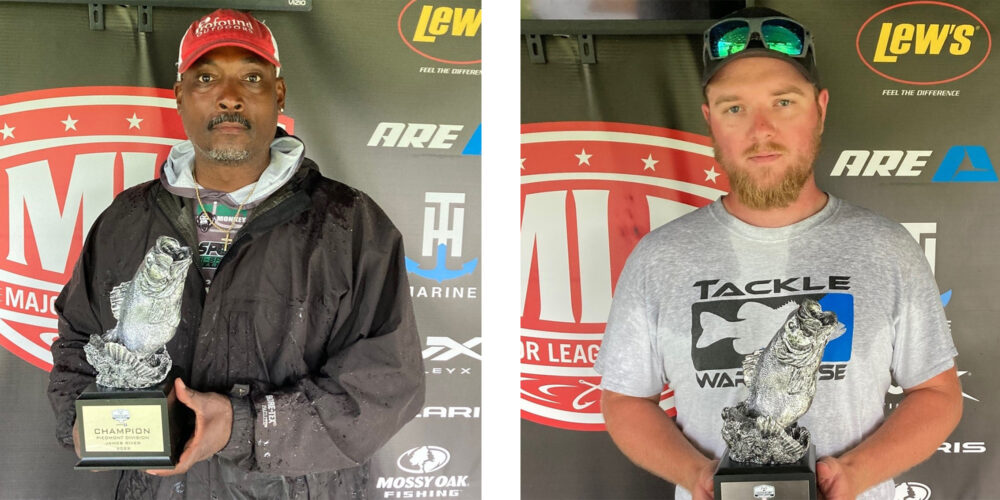 “I had a major change in plans during the tournament,” Uzzle said. “I had planned on staying up on the James River instead of running down to the Chickahominy River, but after checking the tides and seeing it would be low tide at 10:30, I felt like I needed to go on down to Gordon’s Creek and do my normal milk run. It ended up being the right decision.”

“My four quality fish came on four different baits,” Uzzle said. “It was junk fishing at its finest. There was no topwater bite or crankbait bite. It was just me fishing the moment.

“To come out of the Chickahominy with more than 17 pounds at 11 o‘clock… not a bad place to be,” Uzzle added with a laugh.

Chandler had a largemouth that weighed 6 pounds, 10 ounces that was the heaviest of the event in the Boater Division and earned the day’s Berkley Big Bass Boater award of $685.

Ravitsky caught the largest bass in the co-angler Division, a fish weighing in at 8 pounds, 11 ounces. The catch earned him the day’s Berkley Big Bass Co-angler award of $342.