High Rock Could Be Rocking for North Carolina Division 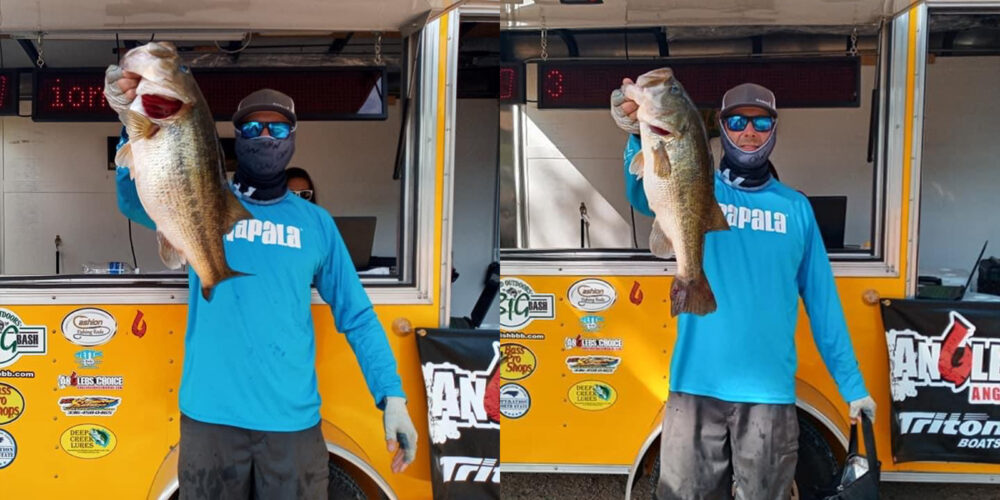 The fourth stop of the 2021 Phoenix Bass Fishing League Presented by T-H Marine North Carolina Division heads to High Rock Lake on June 19. An underrated North Carolina fishery, High Rock should kick out plenty of good fish for the anglers in the event.

High Rock Lake was built in 1926-27 by the Tallassee Power Company. At the time of construction, High Rock was the largest reservoir in North Carolina and one of the largest in the United States.  When full, its surface covers 15,180 acres with 360 miles of shoreline and is 59 feet deep at the dam.

Built on the Yadkin River, High Rock consistently kicks out good quality largemouth and is famed for its dock bite, like many other Carolina reservoirs.

Tackle Warehouse Pro Circuit pro Todd Walters hails from nearby Kernersville, N.C., and has had quite a bit of success on the lake.

“The main lake of High Rock is fairly small,” says Walters. “The main river area is a large area above Swearing Creek, then you’ve got the major creeks, then the main lake area. You’ve got deep fish, shallow fish and boat docks in every one of those creeks. The two major creeks where I suspect people will have the most success are the creeks with the highest quantities of fish, which are Second Creek and Abbots Creek.”

Walters says he fished High Rock just last weekend and that the bite is really good.

“I caught over 25 keepers on Saturday, and most of them were offshore and over 2 pounds,” says Walters. “They’re biting, as long as people are willing to take the time to locate those schools offshore, they can have some success. But it’s High Rock, so there are always going to be some good fish shallow.”

Walters says the lake is stable and the water temperatures are in the 70s and 80s, with fish biting a variety of ways.

“I fished it Friday and Saturday, there was a big bass tournament there Saturday and Sunday,” says Walters. “I won an hour and got a good feel for what the fish are doing now. You’ve got a bit of everything right now – you’ve got bream beds, and you’re always going to catch some on boat docks on High Hock. Surprisingly, there are a lot of fish offshore, that’s where I did all of my damage on Saturday.”

For the offshore bite, Walters says he fished differently than he’s used to on High Rock.

“The fish are really grouped up and deeper, which is interesting,” Walters says. “I was catching them between 13 and 18 feet of water, and on High Rock you never expect to have to fish deeper than about 10 or 12 feet. So, that was cool, it was cool to do something different.”

From a tournament perspective, Walters thinks you could win shallow or deep, but that it will surely take over 20 pounds to take home the trophy.

Offshore, Walters says you don’t need to get too fancy.

“I was throwing a Zoom Swimmer, and I caught some on a Dave’s Tournament Tackle Football Jig. Using LiveScope, I was able to locate those offshore areas where the bait was grouped up. Finding the bigger bait and throwing the swimbait and the football jig really worked for me.”

For shallower fish, Walters recommends a Dave’s Tournament Tackle Swimming Jig or a topwater like a Rebel Pop-R. Both around bream beds and early in the morning, Walters says the topwater bite isn’t worth counting out.