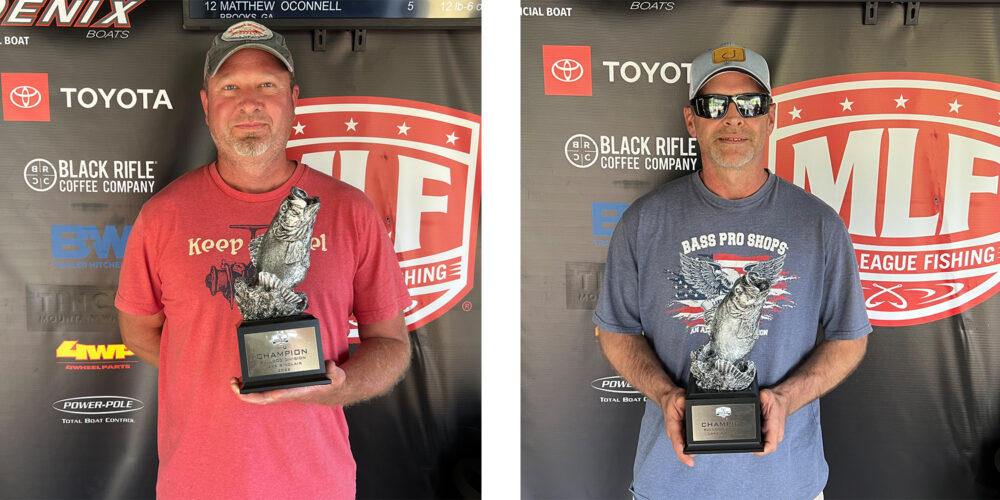 MILLEDGEVILLE, Ga. – Boater Aaron Batson of Mansfield, Georgia, caught five bass Saturday weighing 20 pounds even to win the MLF Phoenix Bass Fishing League Presented by T-H Marine on Lake Sinclair . The tournament was the second event of the season for the Bass Fishing League Bulldog Division, and the first of a tournament double-header weekend as another event took place on Sunday. Batson earned $5,057 for his victory Saturday.

“I definitely did all my work in the first two hours of the day,” Batson added. “I caught a pretty good limit of 21 pounds or so early on.”

Batson said he changed tactics and worked shell beds and fished a frog in very shallow water in the back of a creek later in the day, but credited the jig with his win.

“I felt pretty good about this tournament after I caught my limit,” Batson said. “The fishing’s been tough here, and it’s been taking a good bag.

“There are some big sticks that fish the Bulldog Division,” Batson added. “It feels great to get my first win.”

Blade Parker of Resaca, Georgia, had a largemouth that weighed 7 pounds, 5 ounces that was the heaviest of the event in the Boater Division and earned the day’s Berkley Big Bass Boater award of $780.

Shane Carlton of Akron, Ohio, caught the largest bass in the co-angler Division, a fish weighing in at 5 pounds, 3 ounces. The catch earned him the day’s Berkley Big Bass co-angler award of $390.