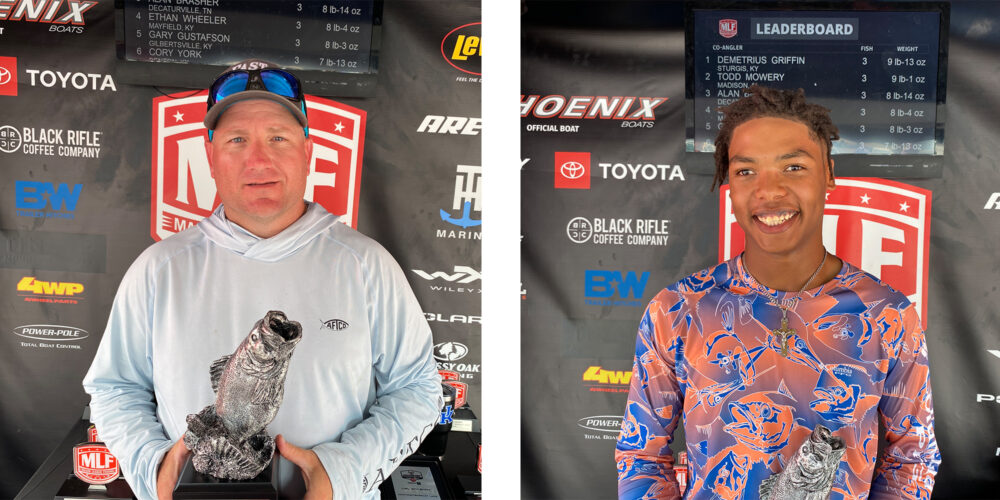 “I got to the first spot and got bit there and put my biggest fish in the boat,” Dowdy said. “Then the breeze changed from the south to out of the north, and that really set me up pretty good to get on some of the offshore spots I wanted to fish.”

Dowdy said the wind allowed him to position and hold his boat to make more methodical and efficient casts.

“When you’re dealing with small schools of fish – say fix or six fish – it really pays to get that first cast right in there where you want it,” Dowdy said. “You have to catch the first one in the school, because there won’t be another one. It’s just fishing one here and one there, picking them out throughout the day.”

Dowdy said he relied on slow, methodical technique, throwing a football jig as well as a Carolina rig to catch a total of six keepers during the course of the day.

“I was targeting ledges, gravel and shell bars 10 to 15 feet deep during the day,” Dowdy said. “I couldn’t get bit on brush. I just moved out to the main lake and started fishing the same old Kentucky Lake patterns everybody knows.”

Dowdy also had a largemouth that weighed 4 pounds, 15 ounces that was the heaviest of the event in the Boater Division and earned the day’s Berkley Big Bass Boater award of $565.

Haysley caught the largest bass in the co-angler Division, a fish weighing in at 5 pounds, 9 ounces. The catch earned him the day’s Berkley Big Bass Co-angler award of $282.