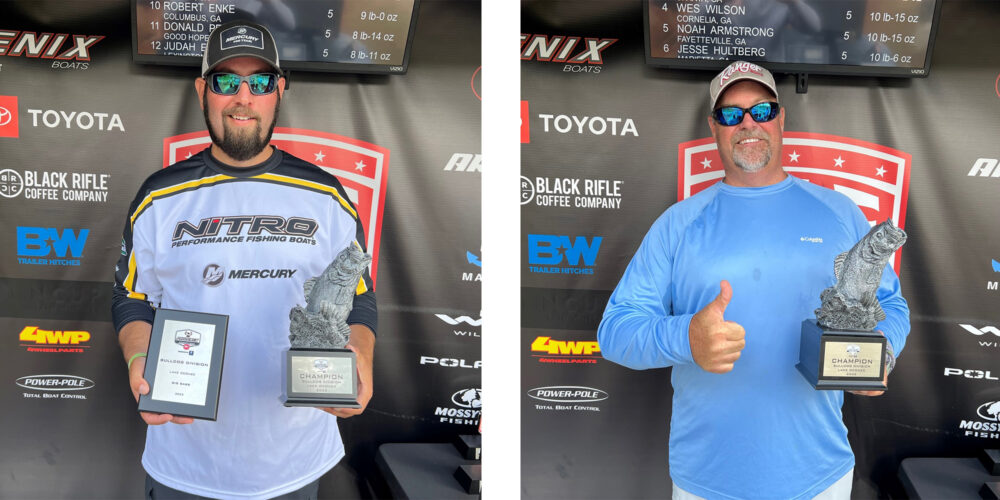 “I had three of my weigh fish in the first hour,” Henry said. “Then it got brutally tough for the next three to four hours. I kept being stubborn doing what I was doing, knowing I needed two more good bites to probably win it.”

Henry said his bait of choice during competition was a Spro Dean Rojas Bronzeye Poppin’ Frog, fished over grass and around seawalls in the lower half of the lake. His approach resulted in 15 keepers and no short fish.

After targting the shad spawn early in the morning, Henry said the bite slowed down and then came back late in the day.

“I only had four keepers up until the last hour, then I caught quite a few at the end,” Henry said. “Both Saturday and Sunday it was that way.”

Henry said he lives and works on Lake Sinclair and is very comfortable fishing the body of water.

Henry had a largemouth that weighed 7 pounds, 3 ounces that was the heaviest of the event in the Boater Division and earned the day’s Berkley Big Bass Boater award of $705.

Wilson caught the largest bass in the co-angler Division, a fish weighing in at 5 pounds, 15 ounces. The catch earned him the day’s Berkley Big Bass co-angler award of $352.