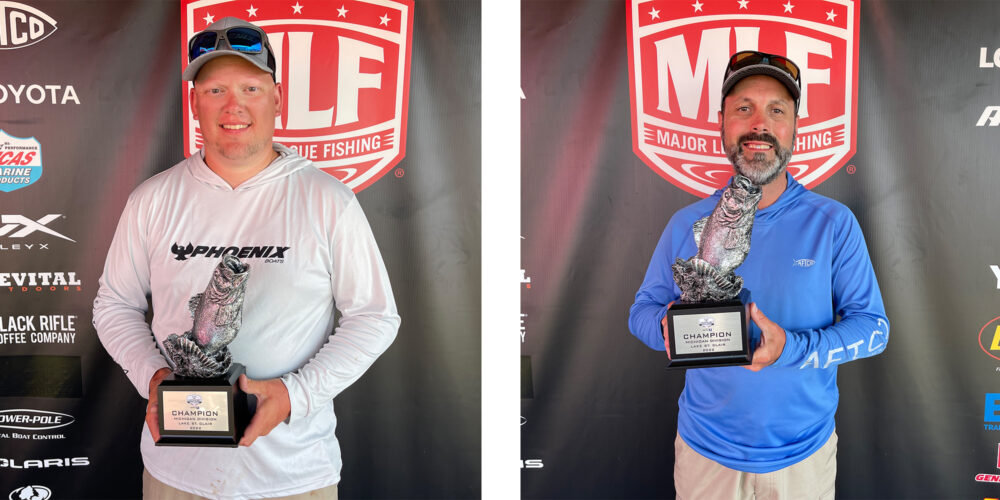 “We pulled up on some areas where I thought I had them pretty planned out, but I struggled for a while,” Copley said. “I ended up locating a school I had found Friday and spent the rest of the day making drifts and alternating between a swimbait and a drop-shot.”

Copley said he was fishing 13 to 16 feet deep and targeting isolated grass clumps in the Anchor Bay area. Copley said he caught an estimated 20 fish during the course of the day, all of which were keepers.

“I don’t typically weigh fish,” Copley said. “If they’re over four pounds, they go in the livewell, and if they’re under four pounds they get a cull tag. At one point I had culled everything that had a cull tag, and then I caught a 6-pounder. At that point I knew I had significantly more than 21 pounds.

“I’ve learned from some of the best out there by fishing as a co-angler,” Copley said. “To be able to go out there and put it together myself was pretty amazing.”

Matt Knox of Metamora, Illinois, caught the largest bass in the Co-angler Division, a fish weighing in at 5 pounds, 14 ounces. The catch earned him the day’s Berkley Big Bass Co-angler award of $367.