2023 All-American Championship Opportunity and $60,000 up for Grabs as Hundreds of Boaters and Co-anglers Descend on Grove, Oklahoma 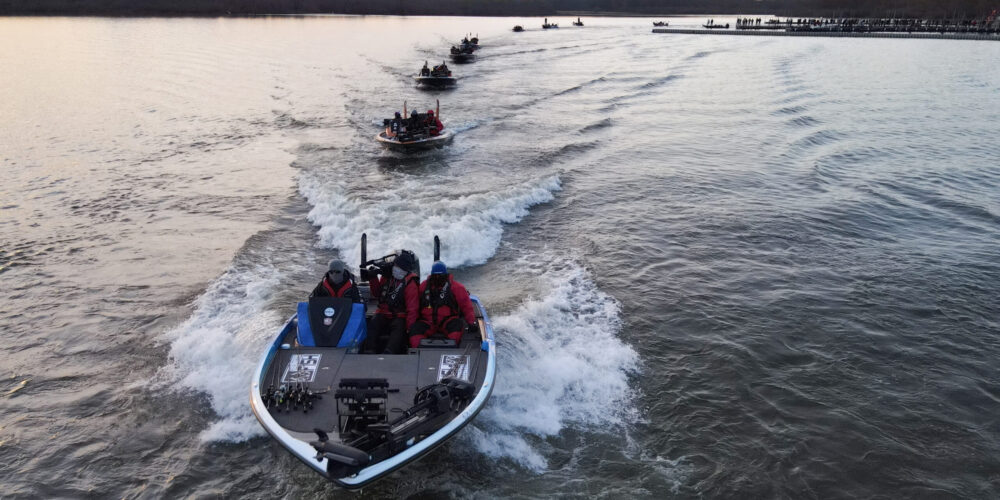 Local pro Darrel Robertson of Jay, Oklahoma said he expects this to be a good, but tough, competition.

“Now that we’re into October, the brush piles and that type of stuff won’t really play a big role like they typically would in the summertime or spring on Grand Lake,” Robertson said. “The way the sun has been shining, there may still be a lot of fish around docks, but there will also be a lot of big fish following the shad into back pockets.”

Robertson said he thinks it’ll be tough to catch 45 pounds, but if an angler can get up around 45 pounds for three days, they’ll have a good shot at winning the event.

“We are supposed to get some cooler nights over the next couple weeks, so if that water temperature starts to drop, I expect we’ll see a good spinnerbait bite,” Robertson said. “If it drops 8 to 10 degrees, I think we’ll see a lot of spinnerbaits, as well as buzzbaits, spooks, and River2Sea Whopper Ploppers play a big role in catching fish.

“There are just a large number of 2-pounders on Grand Lake right now, so there will be a lot of 10- to 11-pound stringers, which makes it a little harder,” Robertson said. “It seems like the bigger fish are just a lot harder to catch right now on Grand, so it should be a good competition.”

Anglers will take off daily at 7 a.m. CT from Wolf Creek Park in Grove. Weigh-ins will also be held at the park and will begin at 3 p.m. Fans are welcome to attend the event or follow the action online through the “MLF Live” weigh-in broadcasts at MajorLeagueFishing.com.

The 2022 MLF Phoenix Bass Fishing League Presented by T-H Marine consisted of 24 divisions devoted to weekend anglers, with 128 tournaments throughout the season and five qualifying events in each division. The top 45 boaters and Strike King co-anglers from each division, along with the five winners of the qualifying events, advance to one of six Phoenix Bass Fishing League Regionals.