Road to the All-American Starts for Bama, LBL, Music City and Shenandoah Divisions 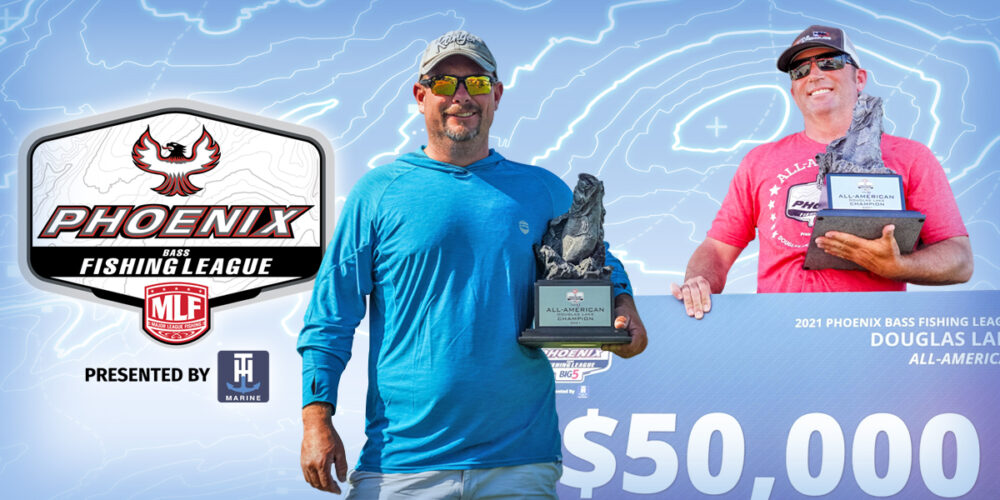 If you’re looking to make the All-American, where history and big money are on the line, the best way to it is via your local BFL division. A no-entry-fee event, the winner on the boater side of the All-American takes home up to $120,000 cash, and it’s a great stepping stone to a pro career. The All-American has launched the careers of Shaw Grigsby (1984), Stephen Browning (1996), Jacob Wheeler (2011), Jeremy Lawyer (2016) and more, and you can’t win it if you don’t fish it.

The first Bama Division event of the season heads to Lake Martin, which is one of the best lakes for numbers of spotted bass in the state and has some dandy largemouths as well.

“You go to Martin with the expectations of catching a bunch of fish,” said Wetumpka, Alabama, pro Braxton Setzer.  “The place is slam-full of fish, so it’s a fun place to go fun fishing to get a lot of bites. The guys that are going to do well are going to do something a little different to figure out how to key in to those bigger bites.”

Setzer reckons that bigger bites will mostly be largemouth.

“I think this time of year that’s probably going to be somebody that finds largemouth,” said Setzer. “That place has got big largemouth in it, but the water level is down like 10-foot, and we’ve been hammered with a bunch of rain. The river around my house has flooded three times out of it’s bank in the last week or so, so I have to imagine the water will have a good bit of color to it, especially with that much shoreline exposed.”

The water level should be rising throughout the spring, but there’s no telling if it will jump high enough to put a lot of docks or shoreline cover in play. That, combined with the weather, has Setzer thinking a spawning event isn’t likely.

“I think my gut tells me it will be early,” said Setzer. “That [2020 Tackle Warehouse Pro Circuit] event was the beginning of the spawn, and we got some pretty warm, stable weather building into that, and that pushed things along. It could potentially line up, but my gut’s telling me it’s not going to be a spawning deal.”

Assuming a prespawn event, Setzer reckons someone could do some damage offshore on spots with a Ned rig. For largemouth, he thinks baits like a Nichols Pulsator Spinnerbait, a Yo-Zuri 3DB Series Jerkbait 110 and a small crankbait like a Yo-Zuri 3DB Series Mid-Range 1.5.

The LBL Division kicks off the season on Kentucky and Barkley as usual, and Terry “Blade” Bolton expects a good event, having said the lake is back on the upswing, especially in the cooler months.

“The last two trips I had on the lake were good, in the late fall,” said Bolton. “I caught a number of bass, and some really nice bass. Now, we’ve had some really cold weather, and we’re starting to see a warm up this week. The water temperature has been running around 42 or 43, but the one thing I always look for is some warm rain to really bolster that water temperature into the mid-40s. I really feel like this tournament, the timing of it, I feel like the fishing is going to be good. In the next 10 days it’s going to happen, these fish are going to come up and start biting, and this tournament is going to hit it about right.”

Bolton said fishing in the spring is pretty much his favorite time of the year on Kentucky Lake.

“I think those fish will really pull up by the time the BFL comes,” said Bolton. “I think you’ll see a lot of limits caught, and some nice fish caught. Now, the times of year I look forward to are February, March and April. The shallow times of the year are the ones I enjoy more.”

One of the more famed lakes in the country, Dale Hollow is unique in the aspect that it offers solid specimens of spotted bass, smallmouth and largemouth. Factor in that they’re all feeding up for the eventual spawn this spring and it could lead to some really, really good bags of fish.

Of course, the water level is the biggest factor for a good bite. Just ask local stick Adam Wagner.

“Right now, if the water stays at the level it’s at – low and clear – the local guys that fish for largemouth are going to do really well,” said Wagner. “If we get some big rains and get some color in the water then everybody’s going to catch them.”

At the time of writing this, the lake level sits around 643 feet. If that holds true for the event, Wagner said some cold-water staples with lead the way.

“A jerkbait, Alabama rig and a heavy jig – like a ½ or ¾-ounce jig – are good bets that time of year,” said the Cookeville, Tenn., angler. “If the lake is low enough a [lipless crankbait] works really good if you can touch the grass.”

Despite some uncertainty with regards to the weather, Wagner is still sold on the fact it’ll take at least 20 pounds (or more) to win the tournament.

Getting the year rolling on Kerr Lake, local pro Todd Walters believes the Shenandoah Division opener should be a solid one considering the lake is on a bit of an upswing when it comes to size and number of bass.

“The good thing about [Kerr] this time of year is you should be able to do a lot of different things,” said Walters. “And [Kerr] is definitely on a bounce back. The 1 ½- to 2-pound fish are now 2 ½- to 3-pound fish. They’re all fat and happy.

“The biggest thing is having the water level stay stable and the weather cooperating. If that happens, they should bite pretty good. I think it’ll take 17 or 18 pounds to win.”

With a healthy population of quality fish and good timing, Walters is of the mindset that anglers will be able to catch them however they see fit. From Damiki rigs to jerkbaits, jigs and crankbaits, there shouldn’t be a wrong technique to get bit.

“Bait is a big key this time of year,” Walters noted. “They’re feeding up to get ready to spawn in a month or so, so they should be around the food. But you can catch them out in open water with forward-facing sonar or run up the river and find some water with some color and fish shallow. It should be a good event.”