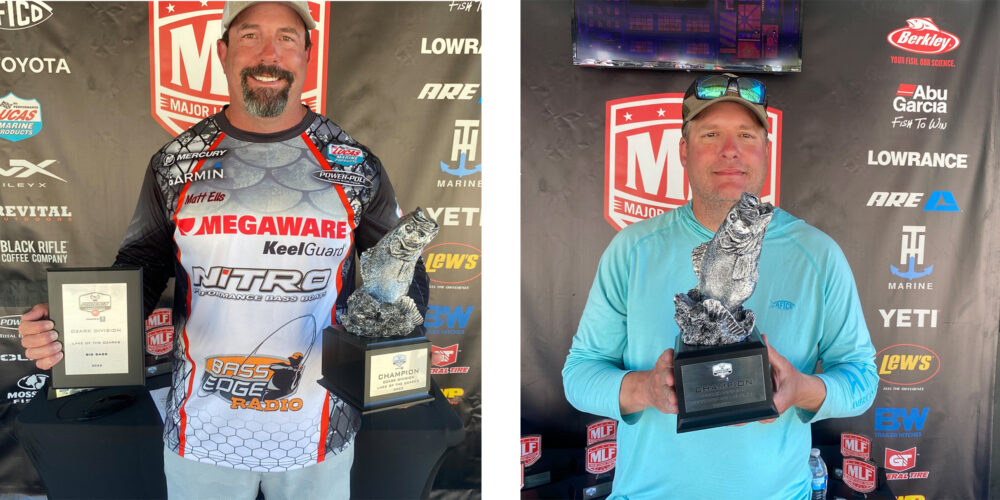 “I caught everything pitching a jig under and inside docks,” Ells said. “The deepest fish I caught was probably six feet deep. The key was swimming the jig instead of hopping it.”

Ells said Saturday was a struggle for him, as he had only two fish in the livewell with 20 minutes left to fish. He pulled up to a group of docks where he had lost three bass in last year’s Super Tournament. He caught four bass there and culled a 12-inch Kentucky bass to finish the first day of competition.

Ells said he used the same plan of attack Sunday in the Osage River area, and he caught 12 keepers on the final day of competition. Ells said a Jewel Baits football-head jig provided the action needed to entice bites. He used a 1/2-ounce jig for most of his fish but switched to a ¾-ounce size when he targeted larger docks with longer casts where fish were holding in three feet of water.

“There are so many legends that fish Lake of the Ozarks,” Ells said. “To even compete with those guys and make it to the final day is an accomplishment. My goal going into this was just to make the cut. I’m just so humbled. I just can’t believe I could catch enough fish to win the tournament.”

Ells also caught a bass weighing 5 pounds, 1 ounce – the heaviest of the event in the Boater Division – to earn the Berkley Big Bass Boater award of $1,357.

Jeremy Flynn of Liberty, Missouri, caught the largest bass in the Strike King Co-angler Division, a fish weighing in at 5 pounds, 15 ounces. The catch earned him the Berkley Big Bass Co-angler award of $679.