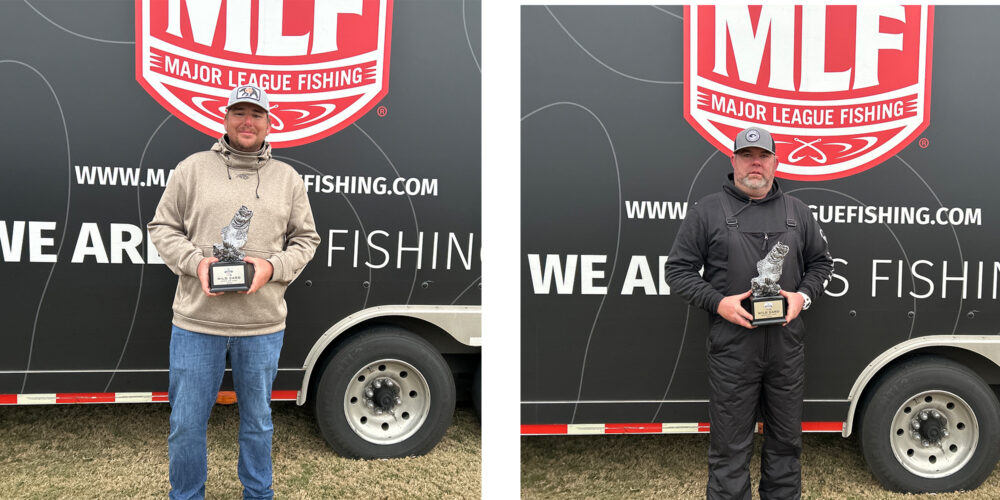 The Wild Card tournament is a last-chance shot at the All-American for Bass Fishing League anglers that didn’t qualify for a Regional Championship.

“I wasn’t on anything in practice,” Lee said. “With about an hour left in practice, I was idling in front of a river bar and prayed for the Lord to show me something so easy I couldn’t miss it. And as I went through there, fish started jumping.”

Lee started catching fish, but they turned out to be white bass. He figured with so much feeding action going on, the largemouth had to be near.

“I got to the back side of the river bar, and there were the largemouth,” Lee said. “I spent the entire tournament on the back side of that bar and just went up and down that ½-mile to ¾-mile stretch. That’s all I had. I had nowhere else to go.”

Lee said he caught all of his fish on Day 1 of the event on a River2Sea Whopper Plopper, as the water was too choppy to fish his planned bait, a Heddon Super Spook. On Saturday, Lee found windy conditions and muddy water on his bar.

“I figured they weren’t going to hit a topwater, but I felt like I had to at least make a pass down it,” Lee said. “I didn’t have a fish at 10 o’clock.”

Lee said he backed off the bar a bit and tied on a chartreuse and white Z-Man Evergreen Chatterbait Jack Hammer that produced a seven- or eight-pound limit.

“I asked the Lord to make something happen, and it wasn’t five minutes later that the sun popped out and the wind stopped blowing for 15 minutes,” Lee said. “During that time, I caught two 2½-pounders and a 4-pounder. Then it got nasty and cold again, and I culled one more time. Every fish I caught that day came on the ChatterBait.”

The top six boaters that qualified for 2023 Phoenix Bass Fishing League All-American were:

Rounding out the Top 10 boaters were:

Boater James Ball of Elmwood, Tennessee, weighed the heaviest bass of the tournament in the boater division Saturday – a 6-pound, 15-ouncer – that won the day’s Boater Big Bass Award of $980.

York took home an extra $500 as the highest finishing Phoenix MLF Bonus member. Boaters are eligible to win up to an extra $7,000 per event in each Phoenix Bass Fishing League presented by T-H Marine tournament if all requirements are met. More information on the Phoenix MLF Bonus contingency program can be found at PhoenixBassBoats.com.

Rounding out the Top 10 co-anglers were:

Strike King co-angler Greg Roberts of Columbus, Indiana, weighed the heaviest bass of the tournament among the co-anglers Saturday – a 6-pound, 4-ouncer – that won the day’s Co-Angler Big Bass Award of $410.

The 2023 Phoenix Bass Fishing League All-American will be held May 31-June 2 at Lake Hartwell in Seneca, South Carolina, and is hosted by Visit Oconee SC. The top 45 boaters and Strike King co-anglers plus tournament winners from each Phoenix Bass Fishing League division will also earn priority entry into the MLF Toyota Series, the pathway to the MLF Tackle Warehouse Pro Circuit and ultimately the MLF Bass Pro Tour.