Chico State Tops the Field on the Delta 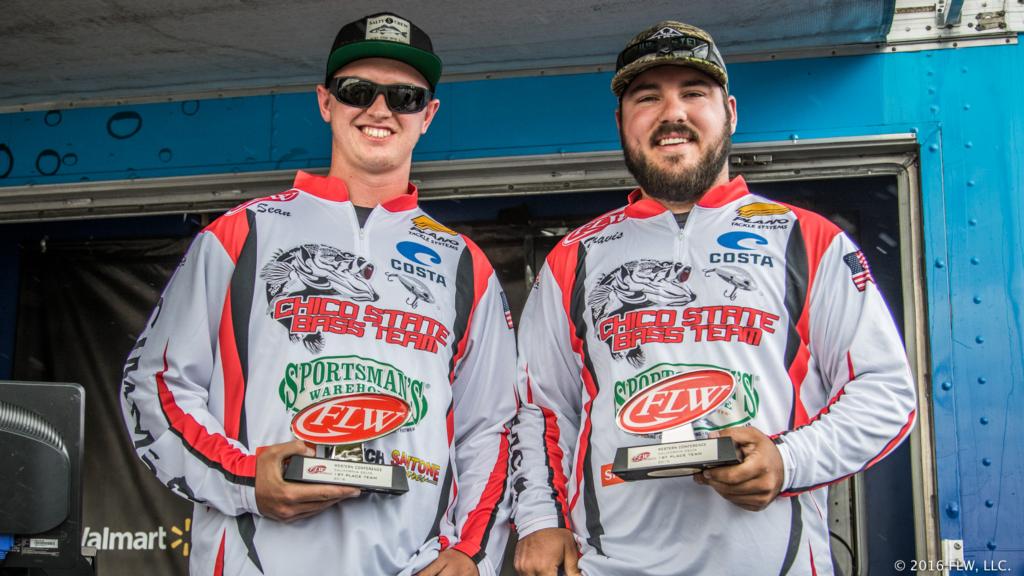 The Chico State University duo of Sean Huber and Travis Strain, both of Chico, California, won the FLW College Fishing Western Conference event on the California Delta Saturday with five bass weighing 16 pounds, 3 ounces. The victory earned the club $2,000 and qualified the team for the 2017 FLW College Fishing National Championship.

“We had already qualified for the National Championship earlier this season at Clear Lake, so we came into this event just fishing for fun,” says Huber, a junior majoring in construction management. “To win is a really pleasant surprise. Even when Travis and I were standing in the weigh-in line we had no idea that we had enough to win.”

“This is our first season fishing FLW College Fishing and it has been a blast,” relays Strain, also a junior majoring in construction management. “We had some trolling motor problems earlier this week and we weren’t really able to get in any time to practice so we decided to just go out and fish anything that looked good.”

The Chico State duo says they managed 8 keeper bass throughout the day, throwing weedless soft-plastics near tules in the Piper Slough area. They caught fish on three baits – an unnamed 7-inch green-pumpkin stick bait, a Missile Baits D Bomb and a green-pumpkin Z-Man ChatterBait paired with a 3-inch Keitech swimbait.

“We tried to keep it pretty simple today,” Strain explains. “A lot of other teams were trying to punch, but we knew that we could catch a solid limit with the soft plastics. We were not around many other boats at all, and I think doing something a little different was the key.” 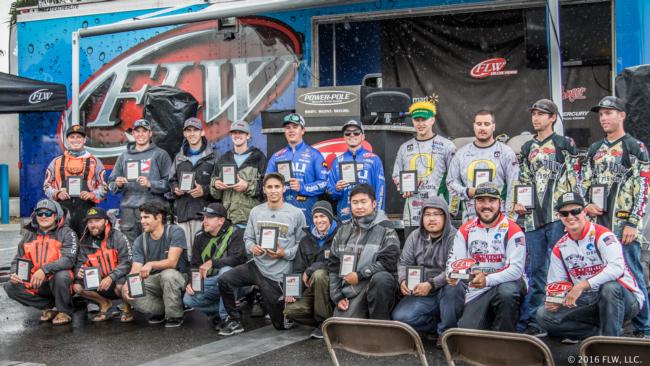 This FLW College Fishing Western Conference event was hosted by Russo’s Marina and Sugar Barge RV Resort and was the third and final regular-season qualifying tournament in the Western conference. The next event for Western Conference anglers will be the FLW College Fishing National Championship, held early next spring on a lake yet to be announced.