Bethel and Murray are battling it out on the final day 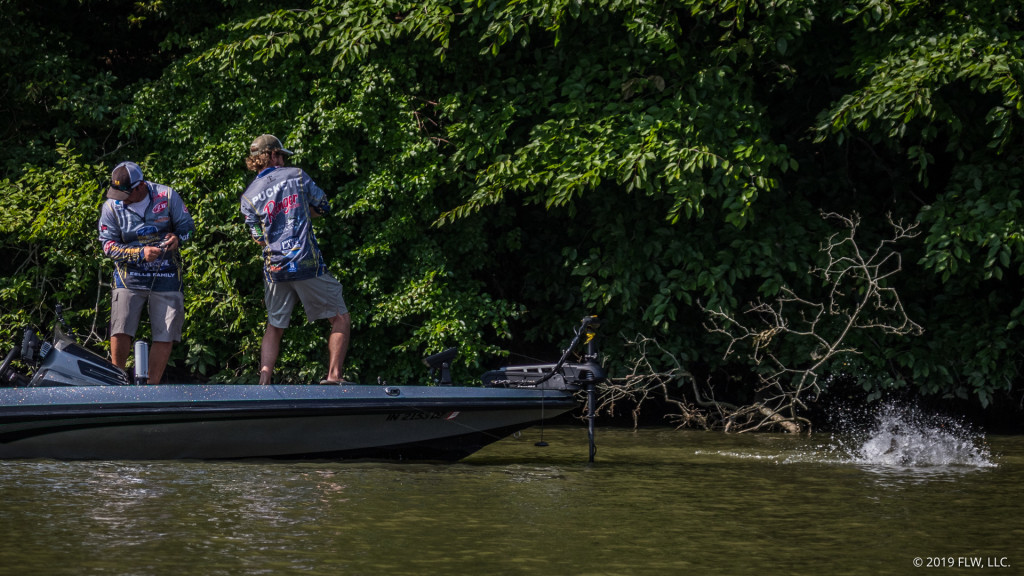 As expected, the fishing has been great for the final day of the YETI FLW College Fishing National Championship presented by Lowrance on the Potomac River. Sunny skies and moderate winds have set everyone up for success, and so far the top 10 teams are making the most of it.

In the unofficial lead after the morning is the Bethel squad of Tristan McCormick and Dakota Pierce, who have steadily increased their bag. With perhaps 19 pounds or more, Bethel handily erased their deficit and is poised for their first ever College Fishing National Championship.

Starting the day with the lead was the Murray State team of Adam Puckett and Blake Albertson, and though they had a fast and furious morning, they’ve been stuck on about 15 pounds for a while. To win, they probably need to make at least one or two culls in the afternoon, something they haven’t needed to do either of the previous days.

Behind them, JT Russell of the University of Montevallo has done the best, boating more than 16 pounds from the way back of Pomonkey Creek. Otherwise, most of the teams have broken into the double digits and are hovering in the low teens. Certainly enough to close the National Championship on a high note, but likely not enough to catch the top contenders.

Weigh-in starts at 3 p.m. ET, and whoever wins will be National Champions and go to the FLW Cup. You’re gonna want to watch.