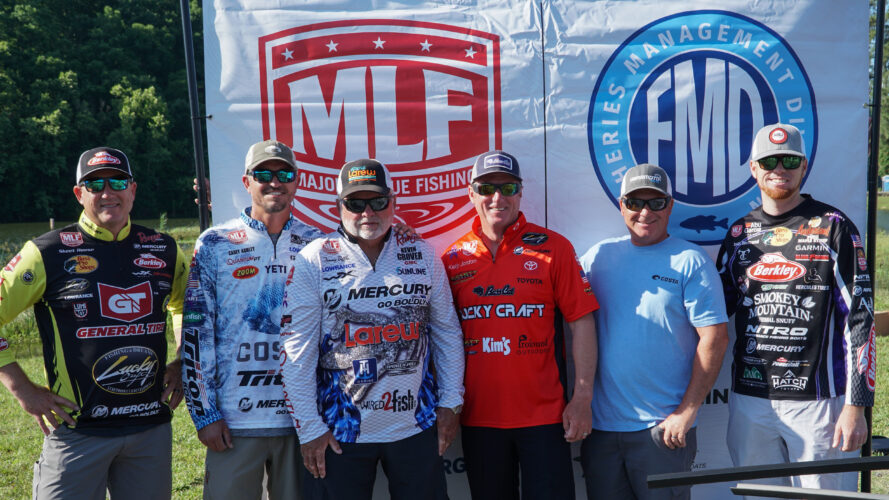 LAKE CHICKAMAGUA, Tenn. – A fish habitat restoration project was completed along Tennessee’s Richland Creek on June 4 thanks to the concerted effort of several groups.

For the project, the MLF team and volunteers from the Union Sportsmen’s Alliance assembled MossBack Fish Habitat products and deployed them in six locations within Richland Creek. TWRA took GPS locations for the deployment and will provide them to the public and MLF later this summer.

Additional Mossback product was donated to TWRA for a second deployment to take place in the coming weeks at GrassHopper Creek. Both of these sites are important tournament release areas, Florida largemouth bass fingerling stocking sites, and part of their two-year survey area.