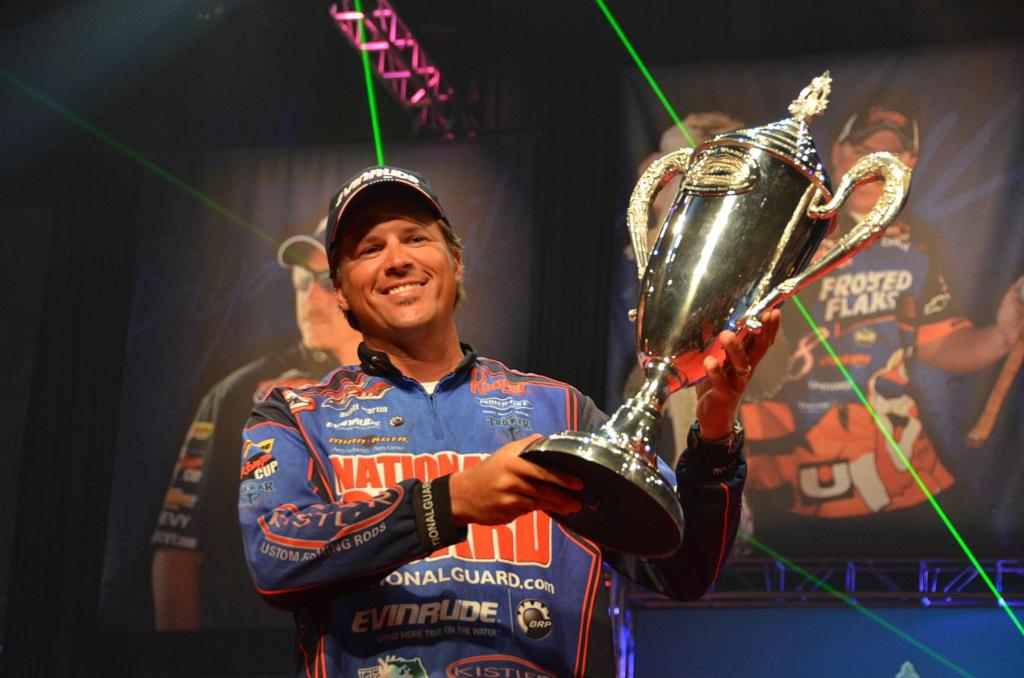 (Editor’s note: Forrest Wood Cup competitors will be featured in alphabetical order. This is the second in a five-part series.) 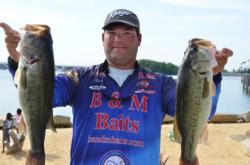 Clent Davis – Montevallo, Ala. Although Clent Davis got his FLW start in 2009 fishing the FLW College Fishing circuit, the young pro has already amassed over $114,000 in career earnings and logged a highly respectable seven top-10 finishes overall. After some early success in the EverStart Series, Davis joined the pro ranks of the FLW Tour in 2011, fishing one event (finishing in 37th place on Lake Guntersville). He also took that year to hone his skills on the FLW Tour by competing in every Major event of that season as a co-angler. He was rewarded for his efforts as he took home the co-angler title on Pickwick Lake last July. However, in 2012, Davis jumped into the FLW Tour Major season with both feet, fishing as a pro and finishing the season ranked an incredible 14th overall. Davis, who will be fishing in his first-ever Forrest Wood Cup, qualified for the year-end championship via the FLW Tour. 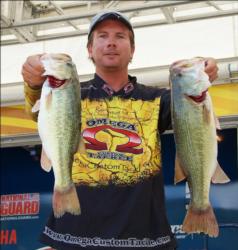 Craig Dowling – Nashville, Tenn. With seven top-10 FLW finishes to his credit, including a third-place finish at the 2007 FLW Tour event on Lake Travis (the very first Tour event he ever entered) and a 10th-place finish in 2009 FLW Tour event on Lake Guntersville, Craig Dowling easily turned in his best performance of his career in 2012. Ranked 22nd overall at the end of the FLW Tour Major season, Dowling now boats over $325,000 in career earnings at FLW-related events and will be making his second-ever trip to the Forrest Wood Cup this August. Dowling began his fishing career with FLW back in 2003 and qualified for the 2012 Forrest Wood Cup via the FLW Tour. 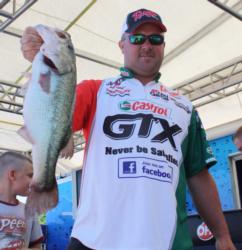 David Dudley – Lynchburg, Va. Castrol pro David Dudley is coming off one of the most successful seasons of his long and storied career. Not only did Dudley take home the tournament title at the most recent FLW Tour Major at Lake Champlain, but he also made history by clinching the 2012 FLW Tour Angler of the Year crown, becoming the only competitor in FLW history to capture the AOY title in back-to-back years. In addition, Dudley now boasts three FLW Tour AOY titles (tied for the record with Clark Wendlandt), 36 top-10 finishes at FLW-related events, three FLW Tour titles (Fort Loudoun-Tellico Lakes in 2008, Beaver Lake in 2012 and Lake Champlain in 2012) as well as one Forrest Wood Cup victory – a riveting 5-ounce win on the James River in 2003. Dudley also took home the 2002 Ranger M1 title on Alabama’s Mobile Delta, winning a then record $700,000 first-place check. Not surprisingly, Dudley also remains the all-time FLW money leader, recently surpassing $3 million in career earning. Dudley, who since began fishing FLW events back in 1995, will be making his 14th Forrest Wood Cup appearance in 2012. Ultimately, Dudley qualified for this year’s season championship via the FLW Tour. 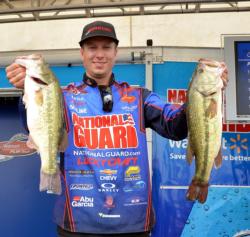 Brent Ehrler – Redlands, Calif. One of the most accomplished anglers in the history of the sport, National Guard pro Brent Ehrler has had a truly remarkable career since he got his FLW start fishing the EverStart Series back in 2003. Boasting seven FLW victories, 29 top-10 finishes and over $1.88 million in career earnings, Ehrler has been a major player on the FLW Tour since 2005. In fact, from 2007 through 2011, the California pro finished no worse than ninth place in the FLW Tour Angler of the Year standings. From 2008 through 2011, Ehrler produced a remarkable four consecutive top-five AOY finishes, including two runner-up results. In addition, Ehrler won the 2006 Forrest Wood Cup in the very first year he participated, netting a nice $500,000 payday for his efforts. With four FLW Tour victories to his credit (the Cup in 2006, Lake Ouachita in 2010, Table Rock Lake in 2010 and Lake Hartwell in 2012), Ehrler remains one of the most dominant anglers on the Tour, qualifying for the Forrest Wood Cup ever single season since 2006. This year Ehrler finished the season ranked 32nd overall, gaining a Cup berth this August via the FLW Tour. 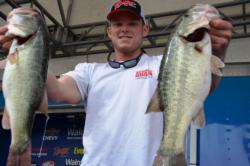 Micah Frazier – Newnan, Ga. – Micah Frazier began his FLW career fishing BFL event in 2005, graduated to the EverStart Series in 2008 and made the jump to the FLW Tour in 2010. Currently, Frazier boasts 11 top-10 FLW finishes (including a second-place result on Lake Hartwell this season), one victory (at a 2005 BFL event on West Point Lake) and over $162,000 in career earnings. Frazier ended the 2012 FLW Tour season ranked 28th overall and will be making his first Forrest Wood Cup appearance as a professional (second overall). Frazier qualified for this year’s championship via the FLW Tour. 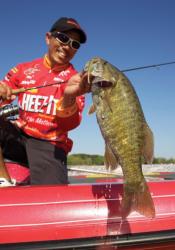 Shinichi Fukae – Palestine, Texas. A native of Japan, Cheez-It pro Shinichi Fukae took the fishing world by storm after emigrating from the Far East, jumping head first into the FLW Tour during his inaugural season in 2004 and walking away with the Angler of the Year title and three top-six finishes in that year alone. Since that compelling rookie season, Fukae has amassed 17 top-10 finishes (12 on the FLW Tour), three career victories (the 2006 FLW Tour Lake Okeechobee event, the 2006 FLW Tour Beaver Lake event and the FLW Series contest on Lake Champlain in 2010) and over $1.1 million in career earnings. Since 2004, Fukae has qualified for the Forrest Wood Cup every season except one (2005). For the 2012 Forrest Wood Cup, Fukae gained an automatic berth via the 2010 FLW Tour Opens. Fukae closed out this season ranked 42nd overall on the FLW Tour. 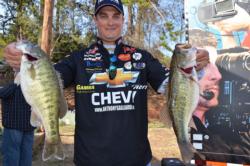 Anthony Gagliardi – Prosperity, S.C. Chevy pro Anthony Gagliardi will be making his ninth career Forrest Wood Cup appearance since becoming a professional back in 2000. He has amassed 22 top-10 finishes, four in the Cup and 17 on the FLW Tour. During his career, Gagliardi has earned over $1.2 million along with the 2006 Angler of the Year title. The Chevy pro has three victories on his resume, a 2009 FLW Tour on Table Rock, 2006 FLW Tour on Lake Murray and a 2004 FLW Tour on Kentucky Lake. Gagliardi qualified for this year’s Cup by finishing 27th in points on the FLW Tour. 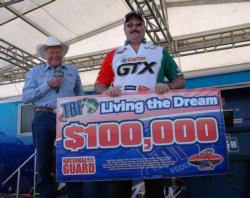 Gilbert Gagner – Highgate Springs, Vt. TBF pro Gilbert Gagner will be living the dream this season as he makes his first ever Forrest Wood Cup appearance. Gagner qualified for this year’s Cup by winning the 2012 TBF National Championship on Bull Shoals Lake. Gagner sat in sixth place going into the final day of the TBF National Championship, and managed to rally on day three. Though, his victory came only after he won the tie-breaker for number of fish weighed in alive. With his TBF victory, Gagner received a $100,000 “Living the Dream” prize package that included full entries paid for the 2013 FLW Tour, travel funds and the use of a wrapped Ranger boat and Chevy truck. Gagner also has two other top-10 finishes on the TBF circuit to his credit. 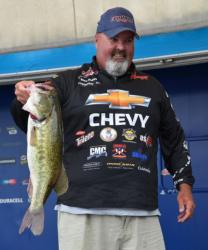 Dion Hibdon – Sunrise Beach, Mo. Chevy pro and fishing icon Dion Hibdon is one of the few anglers who has won both the Forrest Wood Cup and the Bassmaster Classic. In his 17 years as an FLW pro, Hibdon has been to the Forrest Wood Cup 11 times. Hibdon boasts two other victories, including a 2008 EverStart Central Division and 2006 tour level win on Lake of the Ozarks. The Chevy pro has 19 top-10 finishes and has fished in every level of competition with FLW. Hibdon, who has reached over $1.1 million in earnings, qualified for the Cup by finishing 38th overall in the FLW Tour standings.