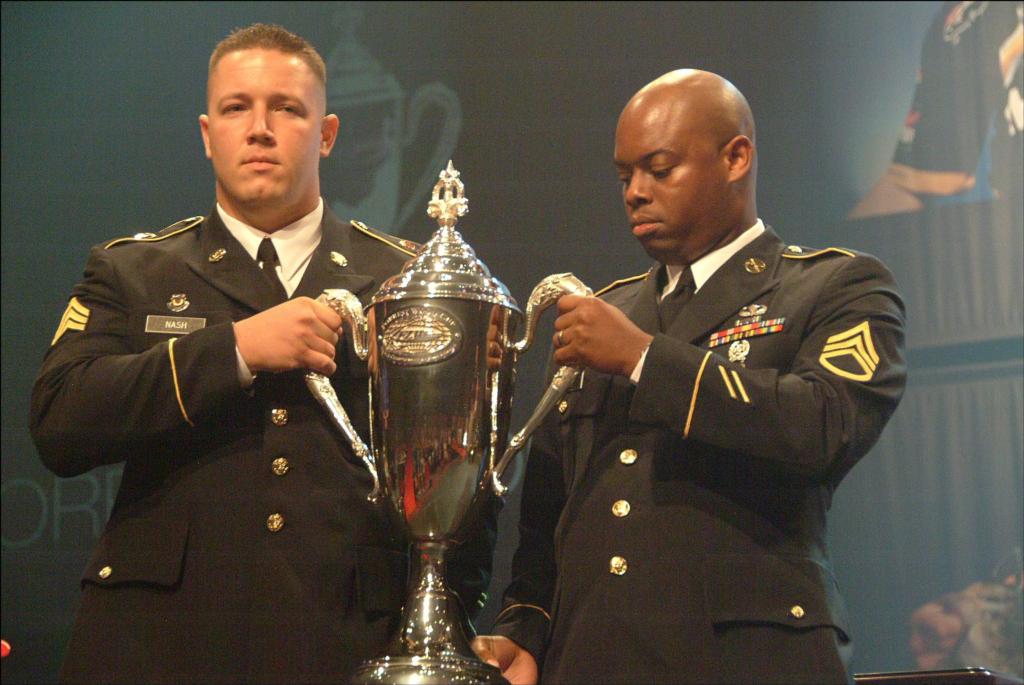 (Editor’s note: Forrest Wood Cup competitors will be featured in alphabetical order. This is the fourth in a five-part series.) 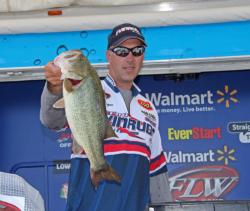 Andy Morgan is no stranger to the Forrest Wood Cup and will be making yet another appearance this season. The 2012 Cup marks the 10th consecutive for Morgan, his 15th overall in his career. Since the beginning of his FLW career back in 1996, Morgan has taken a title at every level of competition including a 2007 FLW Tour win on Beaver Lake and two victories in the 2003 EverStart Series on Okeechobee and Guntersville. With a record 51 top-10 finishes on his resume, the Dayton, Tenn., pro is one of the most consistent anglers on the planet. Morgan, who boasts close to $1.4 million in FLW earnings, qualified for this year’s Cup by finishing 10th in the FLW Tour points race. 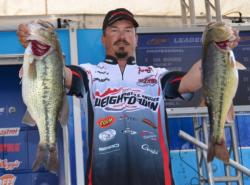 With a 29th-place finish in the FLW Tour points race, Troy Morrow qualified for the second Forrest Wood Cup in his young career. Morrow began fishing at the BFL level in 1997, though it wasn’t until 2010 that he would record his first wins. His breakthrough victory took place at the 2010 BFL All-American on DeGray Lake – launching Morrow into his first Forrest Wood Cup where he would finish fifth. The following year he ventured into fishing the FLW Tour as a full-time pro. Morrow has made 17 top-10s throughout the many levels of FLW and has over $380,000 in tournament winnings. As a semi-local, Morrow will be one to watch on Lanier, especially with other notable locals Tom Mann Jr. and Jason Meninger not in the 46-pro field. 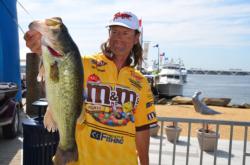 M&M’s pro Jim Moynagh is on his way to his ninth career Forrest Wood Cup. Moynagh had one of his better Tour seasons in recent years, thanks in part to back-to-back fourth-place finishes on the Potomac River and Kentucky Lake. In his 16 years as a pro, Moynagh has 19 top-10s and over $1.1 million in winnings. His lone FLW Tour victory came at the 1997 qualifier on Lake Minnetonka, his home lake. Moynagh qualified for the 2012 Forrest Wood Cup through the FLW Tour where he contended for an Angler of the Year win before ultimately finishing fourth. A noted deep-water structure fisherman, Moynagh should be comfortable targeting Lanier’s deep spotted bass. 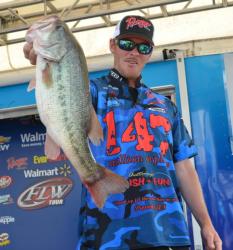 Blake Nick is one of the talented young guns on the FLW Tour. His 2012 season, which he placed 25th in the points, landed him in his first Forrest Wood Cup and placed him on the proverbial bass fishing map. His best two tournaments of 2012 came at Table Rock and Lake Champlain. Not coincidentally, Blake bombarded the bank with a crankbait at both events – finishing 17th and third respectively. Needless to say, the Adger, Ala., pro loves to power fish and cover water. In his brief FLW career, Blake has over $118,000 in tournament winnings. 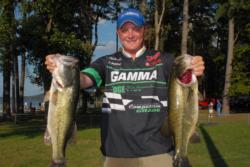 Much like Nick, JT Palmore is young fisherman qualifying for his first Forrest Wood Cup. The 2012 season was Palmore’s third on the FLW Tour and he finished 34th in the points race. In his FLW career, Palmore has six top-10 finishes and over $110,000 in earnings. Palmore’s home lake is Gaston and his fishing strength is flipping and pitching. With this background, its feasible Palmore will attempt to target Lanier’s underrated largemouth population. 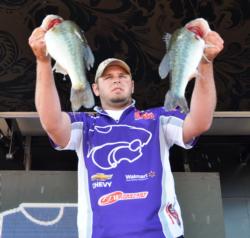 Ryan Patterson shocked the National Guard FLW College Fishing world last April by winning the National Championship solo. Fishing for Kansas State, Patterson was forced, per the rules, to fish the tournament completely by himself because his partner and brother ran into eligibility issues. On the final day, he caught an unthinkable 18-pound limit to take the title and the Cup berth. While Patterson has only fished five FLW events, he’s top-10d in four of them. He’ll arrive in the Atlanta area a severe underdog, but Patterson’s ability to overcome adversity gives him a puncher’s chance. 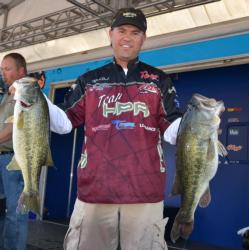 Over the past few seasons, Clifford Pirch has earned the nickname Marina Pirch on Tour for his penchant for pulling bass out from under docks, sailboats, breakwalls and floats. The 2012 FLW Tour season was Pirch’s best since 2006 as he qualified for his fifth Forrest Wood Cup by finishing 12th in the points race. Last year, he won his first FLW Tour event on Lake Chickamauga in Tennessee. Outside of his Tour win, the highlight of his career was a remarkable comeback at Clear Lake in 2009, when he caught a 37-pound stringer on the final day claim to a six-figure victory. Pirch, who owns over $725,000 in FLW earnings, is also a two-time U.S. Open winner. 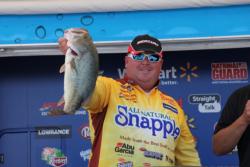 Snapple pro Jacob Powroznik had a banner 2012 season, finishing second to his good friend David Dudley in the FLW Tour Angler of the Year race. Powroznik also threatened for the win several times – finishing eighth on Beaver, ninth on Kentucky Lake and second on Champlain. While sight-fishing is his favorite technique, Powroznik is about as versatile as they come. While has an EverStart win and nearly $800,000 in FLW earnings, he has yet to break through and notch that first Tour win. This will be Powroznik’s seventh Forrest Wood Cup. 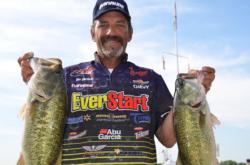 Ron Shuffield may be a veteran pro, but he’s still fishing at the top of his game. Since he moved to the FLW Tour in 2007, Shuffield has qualified for the Forrest Wood Cup every season – this year finishing the points race third. Like Powroznik, Shuffield is one of the most consistent anglers in the sport, yet has not won an FLW Tour event. In his FLW career, the EverStart pro has over $465,000 in earnings to go along with nine top-10 finishes – three of which came this year. Shuffield is diverse enough to be able to catch them in the frigid early spring as well as the hot summer.