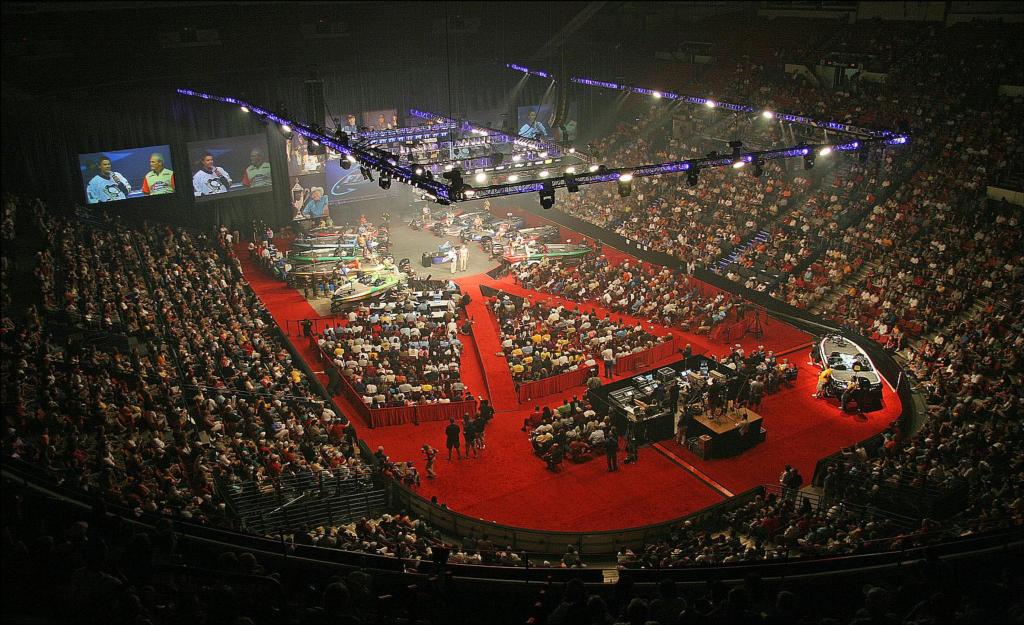 The sports fans of Pittsburgh showed their appreciation for bass fishing by packing the Melon Arena for the Forrest Wood Cup finale. Photo by David A. Brown.
August 7, 2012 • Brett Carlson • Archives

(Editor’s note: Forrest Wood Cup competitors will be featured in alphabetical order. This is the fifth in a five-part series.) 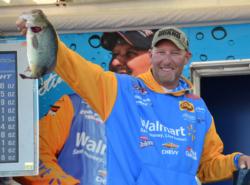 Ever since Wesley Strader missed the Forrest Wood Cup in back-to-back seasons (2007, 2008), he’s been a picture of bass-fishing success. The 2012 Cup marks Strader’s fourth consecutive and 12th overall, which ties him for fourth all time. The Walmart pro finished 13th in the FLW Tour Angler of the Year race with steady finishes across the final five qualifiers. Strader struggled the last time the Cup was held on Lake Lanier, but his experience and pedigree should translate into a much higher finish this time around. In his FLW career, Strader has just over $1 million in earnings. 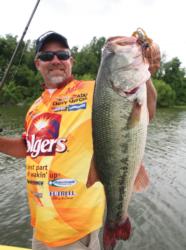 Scott Suggs will have a chance to make history as the first angler to capture two Forrest Wood Cups. In order to do so, the Folgers will pro will have to break out of a semi-slump. Suggs, who is appearing in his fifth Cup, qualified by finishing fourth in the 2011 FLW Tour Opens. Suggs is known for his ability to catch deep, suspended bass, but those skills didn’t translate back in 2010. It is a safe bet that if the spotted bass are chasing swimbaits, Suggs will figure them out. In his FLW career, Suggs has accumulated over $1.5 million. 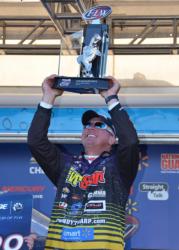 Randall Tharp began fishing professionally in 2009 and instantly hit the ground running. That year he won Angler of the Year in the EverStart Series Southeast Division and the following season he qualified for his first Forrest Wood Cup. Last year, he finished second at the Cup to Scott Martin. But at the season opener of the 2012 FLW Tour season, Tharp enacted revenge on Martin’s home lake – Okeechobee. Not only did he win the tournament, he also set the FLW Tour record for margin of victory (23-9). Tharp qualified for this year’s Cup by finishing 20th in the FLW Tour points race. The EverStart pro, known as one of the best flippers in the sport, has over $675,000 in FLW earnings. 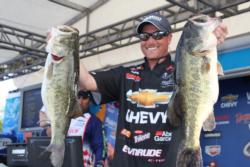 Bryan Thrift is one of the most accomplished young anglers in professional bass fishing. Since he started fishing the FLW Tour in 2007, Thrift has never missed the Forrest Wood Cup. In addition to two FLW Tour wins, Thrift captured the 2010 Angler of the Year award. The Chevy pro is known on Tour for being one of the most accurate casters and for fishing incredibly fast. In 2012, Thrift finished the AOY race seventh. While he prefers to beat the bank, Thrift went deep and finished 10th the last time the Cup was held on Lanier. That season, the North Carolina angler top-10d in five of the six events he fished. In just six years, Thrift has accumulated nearly $1 million in earnings. 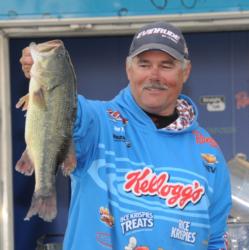 Jim Tutt is coming off the best season in his 14-year career. Tutt finished the 2012 FLW Tour season 15th in the points race – cashing checks at all but one of the six qualifiers. In his career, the Kellogg’s pro has qualified for the Forrest Wood Cup five times and has earnings of over $840,000. While Tutt has never won an FLW Tour event, he is a three-time winner on the EverStart Series – including a victory last year on Lake Texoma. Tutt also has 27 top-10 finishes at various levels of FLW competition. 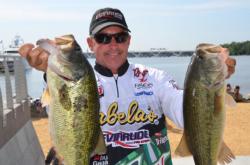 No angler has qualified for more Forrest Wood Cups than Clark Wendlandt. The three-time FLW Tour Angler of the Year has made the Cup 15 times, the only miss taking place back in 2005. Wendlandt is one of the better sight-fishermen on Tour and is also known for burning a squarebill crankbait. Wendlandt has three FLW Tour wins to his name, but his last one came back in 2001. While he hasn’t claimed victory recently, he’s remained remarkably consistent – racking up his career FLW earnings to just over $1.75 million. The last time the Cup visited Lanier, Wendlandt finished 12th. He qualified for this year’s championship by finishing 37th in the FLW Tour points race. 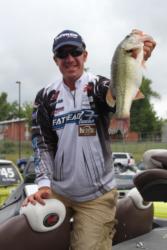 After winning the BFL All-American in 2011, Jacob Wheeler is putting the finishing touches on an impressive rookie campaign on the FLW Tour. Wheeler challenged for the Rookie of the Year award all season and ultimately finished 30th in the FLW Tour points race – the highlight of the season being an eighth-place finish at Kentucky Lake. In addition to his All-American win, Wheeler has also won a BFL qualifier on Grand Lake in Ohio. Wheeler took 12th at last year’s Forrest Wood Cup and is no stranger to tough-bite tournaments in the summer. In his brief FLW career, Wheeler has racked up nearly $175,000 in earnings. The 21-year-old will be the youngest pro in the 46-boat field. 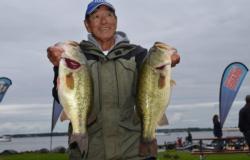 Legendary bait maker Gary Yamamoto proved in 2012 that he can still catch `em – finishing the FLW Tour season 19th in the points. This will be Yamamoto’s fourth Forrest Cup overall and his first since 2007. He qualified for the world championship of bass fishing by being consistent – cashing checks at all but one of the six Majors. While Yamamoto is best known for his namesake soft-plastic baits, the Texas pro has over $400,000 in FLW earnings. Last fall on Champlain, he sacked an amazing 24-pound, 4-ounce stringer – unofficially FLW’s heaviest limit on Champlain. What bait fooled those New York largemouths? Yamamoto’s beloved Senko, of course. 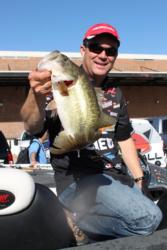 Jay Yelas is an accomplished veteran of professional bass fishing. Best known as a shallow-water flipper, Yelas has claimed three of the four biggest titles in the sport. After winning the 2007 FLW Tour Angler of the Year, his final benchmark is a Forrest Wood Cup title. Since returning to the FLW Tour in 2006, Yelas has qualified for seven straight Cups. This year he punched his ticket by finishing 16th in the AOY race, with three top-10s mixed in. The Chevy pro has over $800,000 in FLW earnings and $2 million overall. The last time the Cup visited Lanier Yelas finished 21st.