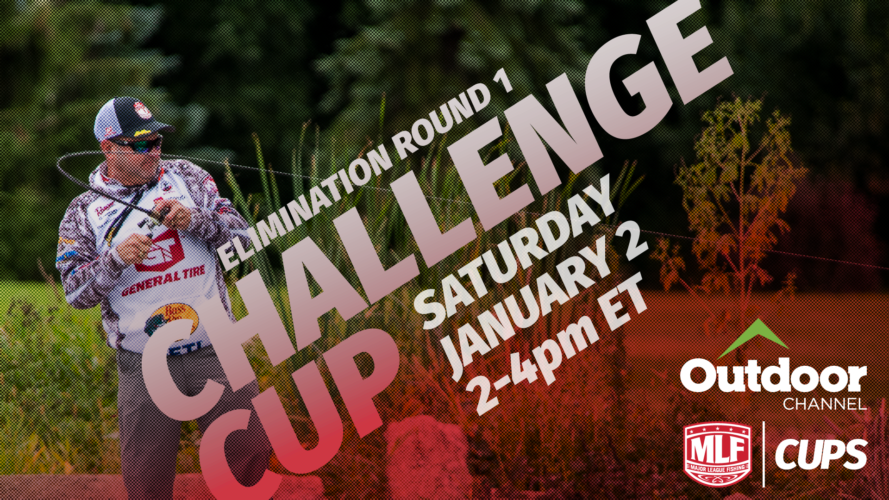 The MLF 2021 Lucas Oil Challenge Cup Presented by B&W Trailer Hitches is set to premiere with a two-hour episode this Saturday, January 2, at 2 p.m. ET on the Outdoor Channel. The event, shot over six days in mid-September in Neenah, Wisconsin, showcases 30 MLF pros kicking off the 2021 Cup season.

“The main factor for anglers in this Challenge Cup in Neenah, Wisconsin, is the fall transition,” said Marty Stone, MLF Director of Event Research and Program Analyst. “Throughout this event, the temperatures were dropping. That was a signal for these fish to feed, and in a hurry. And we see it play out throughout this event.

“Every one of the lakes that the anglers competed on in the Fox Cities was so uniquely different,” Stone continued. “From round to round, there was never a specific tactic or pattern that the anglers could carry over as they advanced. There was a lot of wind, a lot of adjustments, and these guys had to fly by the seat of their pants. We get to see it all – anglers in the rivers and canals, shallow-water vegetation, fishing boat docks, offshore stops. This was an extremely fun tournament and will make for some dramatic, must-see television episodes.”

The 10 anglers in Elimination Round 1 that compete this Saturday (January 2) on Day One of the 2021 Lucas Oil Challenge Cup are:

The 10 pros in Elimination 2 that compete the next Saturday (January 9) on Day Two of the 2021 Lucas Oil Challenge Cup are:

The 10 anglers on Day Three that compete in the final Elimination Round (January 16) of the 2021 Lucas Oil Challenge Cup are:

The 2021 Lucas Oil Challenge Cup Presented by B&W Trailer Hitches is hosted by the Fox Cities Convention & Visitors Bureau. The event will air on the Outdoor Channel as six, two-hour original episodes each Saturday afternoon starting January 2, 2021, and running through February 6, airing from 2 to 4 p.m. ET. Each episode will be available for viewing on the MyOutdoorTV (MOTV) streaming app on the Monday morning following each episode’s Saturday premiere.

“Hosting the Major League Fishing Challenge Cup was a unique opportunity that we were honored to be chosen for,” said Matt Ten Haken, Director of Sports Marketing for the Fox Cities Convention & Visitors Bureau. “It was extremely exciting for us to have some of the best anglers in the world come to the Fox Cities and be tested by our fisheries. I look forward to this event showcasing our community and our abundance of fishing options here in Eastern Wisconsin.”

The 2021 Lucas Oil Challenge Cup Presented by B&W Trailer Hitches features 30 MLF pro anglers visiting Eastern Wisconsin to compete on four different fisheries across the region, including Lake Poygan and Winneconne, Lake Butte des Morts and Lake Winnebago. The fisheries are unknown to the anglers – they don’t learn where they’re competing until they arrive to the launch ramp each morning of competition.