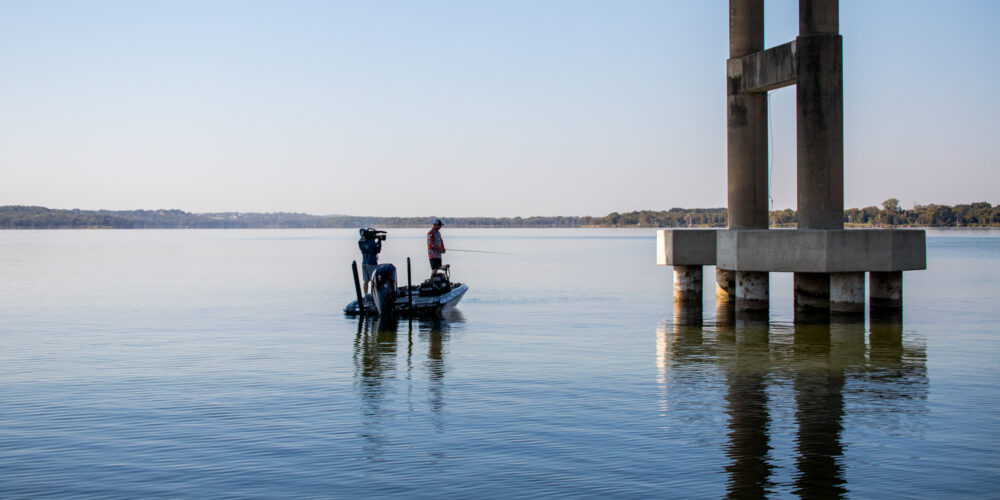 These nine anglers will fish on Lake Waco and try to be one of the first four pros to reach the Target Weight of 14 pounds. The first four anglers to reach 14 pounds of scorable bass or the top four anglers on SCORETRACKER® after three periods of fishing will be moving on to the Championship Round. The bottom five anglers will have to return home after being eliminated.

In Sudden Death Round 1 of the 2021 Heritage Cup, Randy Howell came away with the win after catching nine bass for 15 pounds and passing the 14-pound Target Weight. Second-place angler Ott DeFoe was the only other angler in the round to reach the Target Weight. Jeff Sprague and Brent Ehrler advanced to the Championship Round after finishing third and fourth on SCORETRACKER® with their total weights over 12 pounds. David Dudley, Dave Lefebre, Chris Lane, Mark Daniels Jr. and Mark Rose were eliminated after finishing below the Elimination Line.

Be sure to watch Randy Howell’s Sqwincher Winner’s Press Conference where he reveals what baits and techniques got him the round win on Lake Waco. Also, click through some of the best images from Sudden Death Round 1 in the round’s photo gallery.

Sudden Death Round 2 will air on Outdoor Channel on Saturday, March 13 at 2 p.m. ET. The full television schedule can be found at MajorLeagueFishing.com.