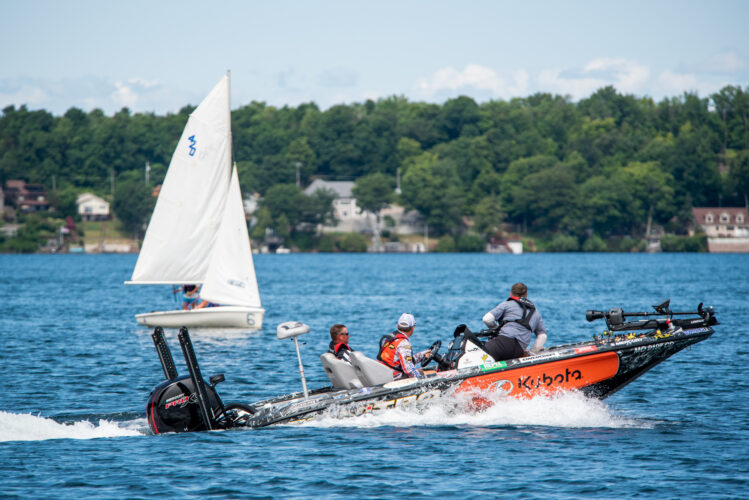 SYRACUSE, N.Y. – The final 10 anglers set out on Henderson Bay for Elimination Round 3 of the Bass Pro Shops Heritage Cup Presented by Berkley. Todd Faircloth took the day with a nearly 20-pound win while five other anglers will join him in advancing to the Sudden Death Rounds. Catch some of the on-the-water scenes from the sunny New York day!