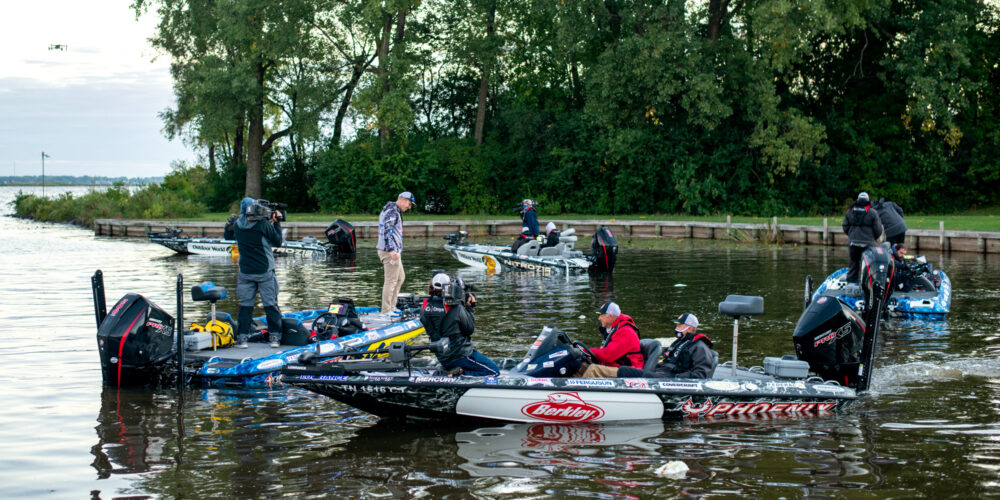 The 2021 Lucas Oil Challenge Cup Presented by B&W Trailer Hitches enters a new phase of competition on Saturday, January 23 with Sudden Death Round 1 in eastern Wisconsin. The nine anglers battling it out on Lake Butte des Morts are:

These nine anglers will race to be one of the first four pros to reach the 22-pound Target Weight. The first four to catch enough scorable bass to pass the threshold will move on to the Championship Round while the five who fail will head home. This is one of two Sudden Death Rounds with the final Championship Round featuring just eight anglers.

In Elimination Round 3, we saw Greg Hackney catch 16 bass for 30 pounds, 9 ounces. That impressive total weight gave Hackney a slim 1-1 margin over second-place finisher Andy Morgan. Hackney will fish in Sudden Death Round 2. Along with Hackney and Morgan, Mark Rose, Josh Bertrand, Dustin Connell and Michael Neal were also able to advance to the Sudden Death Rounds. Randall Tharp, Jacob Wheeler, Fletcher Shryock and Scott Suggs were all unable to catch enough bass to crack the top six and advance.

Be sure to click here for some of the best images our photographers captured during Elimination Round 3. Also, don’t forget to hear from the round winner, Greg Hackney, in this Sqwincher Winner’s Press Conference where he breaks down how he was able to catch them on Lake Winneconne.

Sudden Death Round 1 will air on Outdoor Channel on Saturday, January 23 at 2 p.m. ET. The full television schedule can be found at MajorLeagueFishing.com.