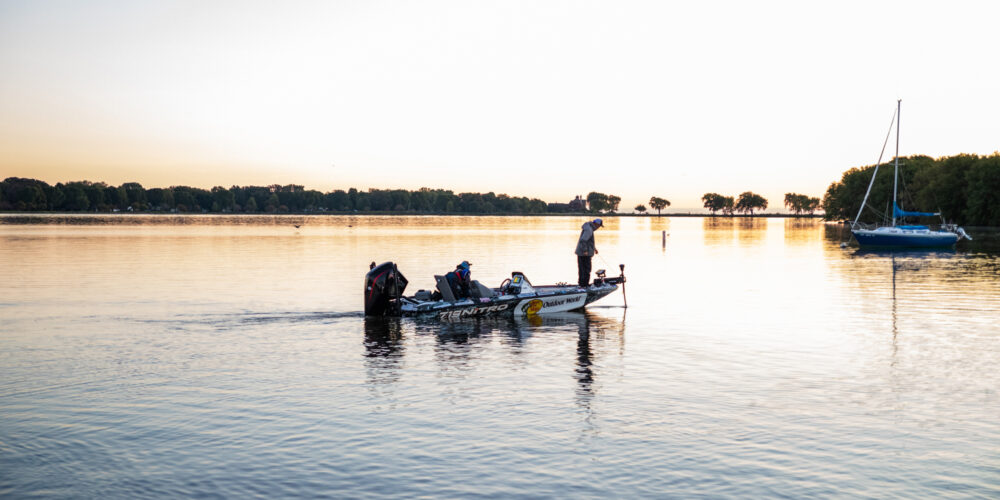 It all comes down to this. The epic conclusion of the 2021 Lucas Oil Challenge Cup Presented by B&W Trailer Hitches airs on Saturday, February 6 with the final eight pros vying for their shot at raising the Challenge Cup trophy. The eight anglers fishing in the Championship Round on Lake Winnebago in eastern Wisconsin are:

The goal of the Championship Round is a simple one— be the lone angler at the top of SCORETRACKER® at the end of three periods of fishing. The angler with the highest total weight at the end of the day will take home the Challenge Cup trophy. Like the previous rounds, a scorable bass must weigh 1 pound or more.

Evers, Hackney, Lee, Morgan and Omori have all captured MLF wins in their respective careers while Connell, McClelland and Neal are each looking for their first piece of MLF hardware.

In Sudden Death Round 2, we witnessed Greg Hackney register his second winning round of the tournament by being the first angler to reach the 22-pound Target Weight. Hackney also won Elimination Round 3 to get him into the Sudden Death Round. The anglers who also found their way to the 22-pound target weight the quickest were Dustin Connell, Jordan Lee and Mike McClelland.

Be sure to click here for some of the best images our photographers captured during Sudden Death Round 2. Also, don’t forget to hear from the round winner, Greg Hackney, in this Sqwincher Winner’s Press Conference where he breaks down how he was able to catch them on Lake Butte des Morts.

The Championship Round will air on Outdoor Channel on Saturday, February 6 at 2 p.m. ET. The full television schedule can be found at MajorLeagueFishing.com.