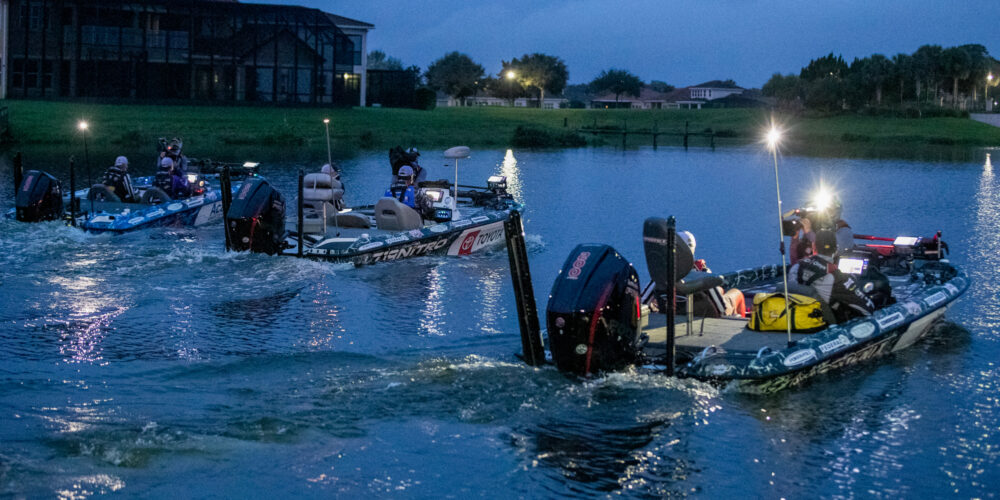 These eight pros will fish for three full periods on Lake Bellalago with the goal of being the one angler standing on top of SCORETRACKER® at the end of the day. A scorable bass must weigh at least 1 pound in this round. The angler with the most weight on SCORETRACKER® after three periods will be named the 2021 Patriot Cup champion.

Mike Iaconelli is in search of his third MLF Cup trophy after winning the 2017 and 2019 Summit Cup. A Patriot Cup win would tie Iaconelli with Kevin VanDam for most MLF Cup championships. Mark Rose and Takahiro Omori both brought home MLF Cup trophies in the 2020 season and are looking to add another to their collection.

In Sudden Death Round 2, John Murray was the first angler to hit the 13-pound Target Weight on Lake Toho. Murray finished the day with six bass for 14 pounds, 14 ounces. Jared Lintner and Terry Scroggins quickly joined Murray above the Elimination Line and earned their right to advance to the Championship Round. However, it was Takahiro Omori who stole the show with his 5-9 stud to rocket up SCORETRACKER® and fly past the 13-pound mark. Omori ended the day with six bass for 17 pounds.

The Championship Round will air on Outdoor Channel on Saturday, May 8 at 2 p.m. ET. The full television schedule can be found at MajorLeagueFishing.com.