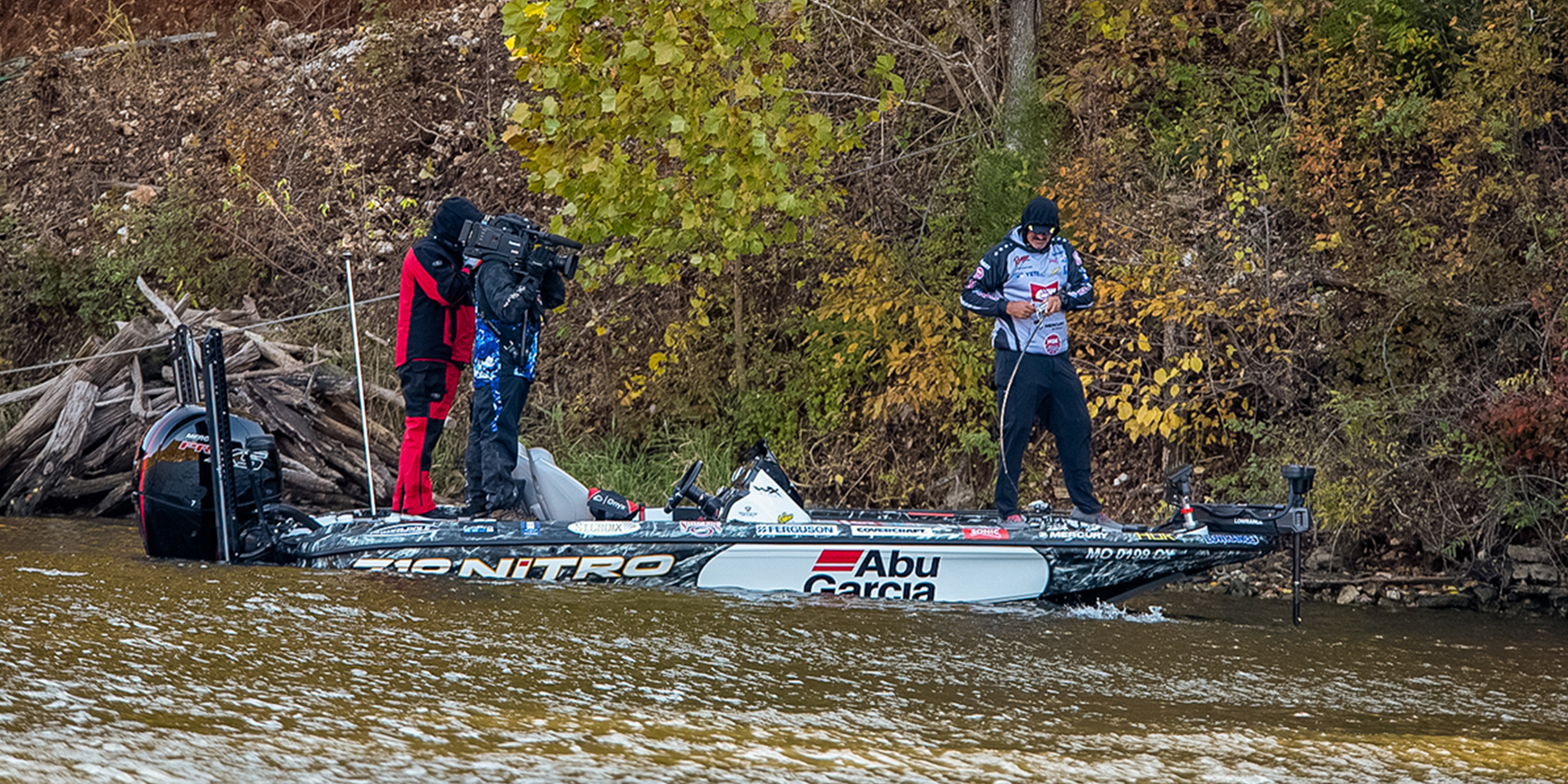 Jared Lintner dominated Elimination Round 2 with 33 bass for 58 pounds. Photo by Garrick Dixon

OSAGE BEACH, Mo. – As Elimination Round 2 of the 2020 Wiley X Summit Cup Presented by B&W Trailer Hitches began, our next group of 10 anglers took to Lake of the Ozarks vying for a chance to move on in the event.

California pro Jared Lintner dominated the day and more than doubled the weight of his closest competitor as he landed 33 bass for 58 pounds.

A “Dream Spot” for Lintner

Lake of the Ozarks was a new venue for Lintner, but he relied on his experience from nearby lakes such as a Table Rock and Bull Shoals to formulate his game plan.

“I started off the day thinking topwater, buzzbaits and running down the banks. That stared me off in the right direction and I was in a good position after Period 1,” he said. “It surprised me where I was catching them because it was way back on flat pockets in very shallow water. Some of the fish were in 6 inches of water, pushing bait.”

When Period 2 started, he discovered the motherlode. “I found a creek with a few small pockets and when I went to the last one, I blew up some mud with my trolling motor because it was so shallow, the middle of it wasn’t even two feet deep. My trolling motor spooked them and the whole pocket just lit up with shad and bass, it was like stripers were in there,” he recalled.

Once the fish became active, Lintner said he either caught one or lost one on every cast for an hour.

“There was one little rock sitting three feet off of the bank and if I could hit it, I would catch one. It was a dream spot,” Lintner said.

His bait of choice was a Jackall TN 70 lipless crankbait in the HL Blueback Chrome color, but he switched to the SG Threadfin pattern when the bass got wise to the lure. Lintner fished the bait on a 7’7” medium-heavy Ritual Angling rod paired with a 7.1:1 Daiwa Tatula Elite reel spooled with 16-pound Sunline Crank FC fluorocarbon line.

He swapped out his hooks for Trokar Extra Wide Gap trebles. “I always run a #2 on the front and #4 on the back with lipless crankbaits,” he said.

During his onslaught, he noticed another competitor fishing close by and vacated the area. After such a dominating period, he had his sights on a new record, but it was not to be.

“I went right back there for Period 3 and the shad were gone and the fish just weren’t there anymore,” he recalled.

Alton Jones Jr. had never seen Lake of the Ozarks before launching his boat but said he quickly developed a pattern based on the conditions and time of year.

“It was a textbook fall bite, right after the first major cold front of the season and bass were pushing shad into the creeks,” he said. “I looked at my mapping before we started and found a creek with a big flat.”

Once he arrived, it was the perfect scenario.

“Birds diving and shad were flickering everywhere,” Jones said. “There was one single laydown on the flat and that is a major high-percentage area, so I waited for 20-minutes until Lines In to make a cast there and hooked a big one on my very first cast.”

He relied on both a 3/8 and 1/2-ounce BOOYAH Covert Series spinnerbait and did all of his damage within sight of where he started as he amassed 17 bass for 28 pounds, 7 ounces.

“I used the 1/2-ounce double willow spinnerbait in JC Special and the 3/8-ounce double Indiana blade in Blue Chartreuse when the water was a little dirtier,” he said and shared that he added a 3.5” YUM Pulse swimbait in the Phantom Pearl color as the trailer.

Jones shared that he also caught two key bass late in the day on a Megabass Vision ONETEN jerkbait.