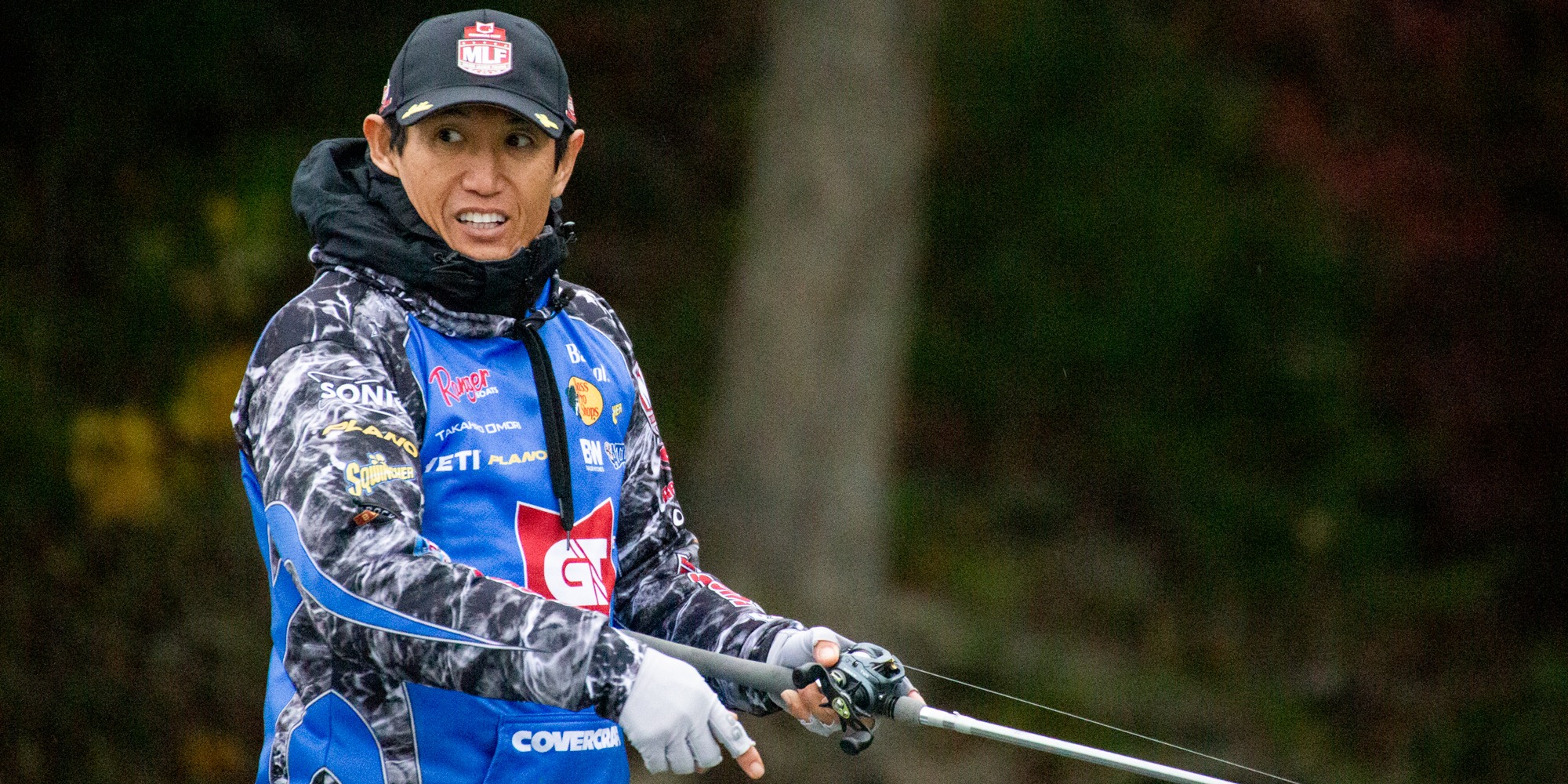 Takahiro Omori was the first MLF pro to reach the 17-pound Target Weight during Sudden Death Round 2. Photo by Phoenix Moore

OSAGE BEACH, Mo. – After three Elimination Rounds at the 2020 Wiley X Summit Cup Presented by B&W Trailer Hitches, it was time for Sudden Death. Nine anglers took to Lake of the Ozarks and were given a target weight of 17-pounds to advance.

Four anglers would advance and Takahiro Omori was first to reach the goal, followed by Michael Neal, Brandon Palaniuk, and Bobby Lane.

During Elimination Round 1, Takahiro Omori was in control from the start and won his group. That win advanced him to the Sudden Death round, where he also became the first to the 17-pound Target Weight. He started strong with seven bass for 14 pounds, 6 ounces in Period 1 and quickly advanced once Period 2 began. Omori ended up with eight bass for 17 pounds, 1 ounce.

“It happened really fast that round,” he said of his quick advancement.

Like he did in the Elimination Round, Omori relied on moving baits, specifically a squarebill crankbait and vibrating jig. Even though it was a different section of the lake, Omori continued his pattern of fishing anything in front of him while moving quickly.

“I started fishing some main lake pockets and was looking for steep chunk rock banks and points to throw the squarebill,” said Omori. “If I came across a section of boat docks, the vibrating jig is what I used.”

His squarebill of choice was a chartreuse and black Lucky Craft 1.5 that he fished on his signature series 7′ medium-heavy Daiwa Tatula Elite crankbait rod. He matched it with a 9.1:1 Daiwa Zillion spooled with 16-pound Sunline FC Sniper fluorocarbon line.

For the vibrating jig, he opted for a white Evergreen Z-Man Jack Hammer ChatterBait paired with a matching Z-Man RaZor ShadZ for the trailer. Omori fished it on another of his signature series rods, a 7’3″ heavy Daiwa Tatula Elite. His reel of choice was the same 9.1:1 Daiwa Zillion and he bumped up his line to 20-pound Sunline FC Sniper.

During Elimination Round 1, Michael Neal figured out the spinnerbait bite and finished third in his group to advance. When the Sudden Death Round came around, he expanded on that pattern.

Neal caught all of his fish on a spinnerbait to become the second angler to reach the target weight of 17-pounds as he totaled 11 bass for 18 pounds, 15 ounces.

Much of that weight came during a Period 2, where he landed eight bass for 13-13. The strong second period was a result of adjusting his location.

“I started the day way back in a big creek arm and as I started working closer to the mainlake, I started catching them. I was targeting bluff banks around points close to the main lake,” he said. “The best areas had a small ledge on the bank in water that was two to four-feet deep and the bass were sitting right off of the ledges in deeper water.”

He caught his fish on a 1/2-ounce War Eagle Screamin’ Eagle double willow spinnerbait in the Spot Remover color. Neal fished the spinnerbait on a 7′ medium-heavy Denali Lithium rod that he paired with a 6.3:1 Daiwa Tatula 100 reel spooled with 16-pound Sunline FC Sniper fluorocarbon.